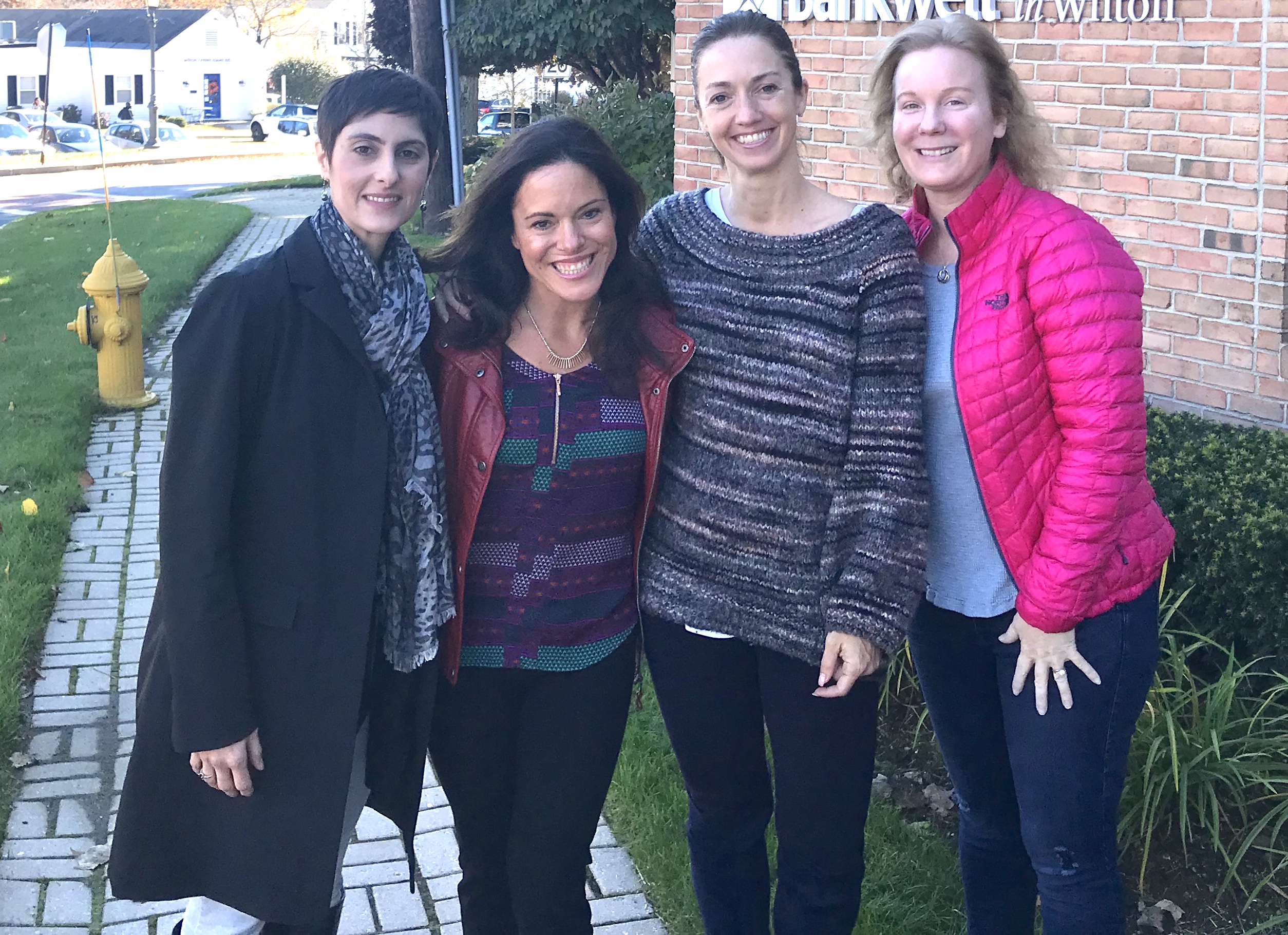 Just as parents help children become adults, so too has a group of parents helped the group geared toward the Special Education community in Wilton transition into a more formal, structured organization. They are overseeing the Parents’ Advisory Board (PAB) becoming a Special Education PTA, or SEPTA, to usher in a new phase of participation in the Wilton School District and wider community.

Formalizing the organization as a PTA, say organizers, allows the group to have both a more significant presence in the district and a more concrete structure than what the PAB afforded.

She adds, “We wanted to find a way to reach out to the greater community to make some of those parents, whether they’re new to the district or they’ve been in the district for a while and haven’t felt connected or included for whatever the reason, and bring them to a place where they feel supported. And if they want to contribute and help in a way to make things better for our district, for our schools, and teachers, then great. But at the very least, they can have a place where they feel they know what it’s about.”

While the PAB has existed in Wilton for more than 10 years, Berghaus said there was a general consensus that it had reached its potential.

“We had really evolved and changed over the years, and started to do some really great programming and really make an impact. I would love to be in every school doing lots of different programs and helping teachers and students, but there was a limit on time, and on our resources, and on our manpower,” she says.

One objective is to work in conjunction with the PTAs at each of Wilton’s four schools. “To become another pillar of support really. We’re not looking to take away from the PTA or to take away from anything that they’re doing. It’s really to be a support system for all stakeholders.”

Parents who have been involved in creating Wilton SEPTA have articulated a mission statement and objectives, which are spelled out on the organization’s new website. Overall, the group

Some of the existing programs from PAB will continue to be part of SEPTA programming, including Top Inclusion Models and Inclusion Awareness Programming. Berghaus says that SEPTA will meet with instructional teams at each school to hear directly from teachers.

“We hear a lot from parent and administrators, but the teachers are with the kids–how do we hear what they need, and what they want, and what could be helpful to them? How do we tap into that without pulling them from students, but we really want to hear their voice. We have a series of meetings set up with each school and their instructional teams over the next few weeks to get some of that information and gather some data about what they would like to see a SEPTA do for them in terms of being helpful to teachers.”

She illustrates that point with an anecdote.

“I’m the SPED rep for the Cider Mill PTA. I was talking with one of the SPED teachers about reading intervention, and it came to my awareness that they didn’t have a certain curriculum that they really needed to really be impactful, that would cut their lesson planning down in half. She’s like, ‘Well, we have one, but we’re sharing it with four other interventionists.’ I said, ‘We have start up grants as part of the PTA. Why don’t you fill out a gifts and grants form?  It’s only $300 and you guys can get a couple copies.’ I think there’s a way we can seal the cracks, and it’s either they didn’t know to ask for it or they didn’t have time to ask for it. We brought it up, she filled out the form, it’s ordered, and it’s on the way. And they’re going to get five copies and they’re going to be able to help kids. Things like that, I feel like that we haven’t really been able to tap into as much.

SEPTA has also created a committee to bring movies to town as part of a public awareness-building effort. They’ve already held one event in October, with the showing of Intelligent Lives, and a second film, Swim Team, about three athletes with autism, has been scheduled for Nov. 30 (in conjunction with SPED-NET Wilton, Swim Angelfish and Wilton Public Schools).

One motivation for making SEPTA a reality is knowing how their work can impact not just students who receive special education services but Wilton’s entire student population, as Berghaus explains.

“In the springtime, we were teaching inclusion awareness, and we had different stations where the kids rotated around and got to see what it’s like to have different learning differences and disabilities and really in the moment experience what that was like. It was fun, but it was also a very huge learning experience for them. Then they got to do the interactive power-point of the different types of smart, how they could be smart in lots of different ways. It was the first time I feel people really talked to them about that.”

The reaction across the board was powerful, she says.

“I was getting texts from parents saying, ‘Thank you so much, it’s the first time my child came home and said their differences made them feel special in a good way.’ And teachers came up to me and said, ‘This is the missing piece. This integrating has been the piece that’s been missing.’ Then one of the school counselors came to me and said, ‘I just want to tell you my son is in second grade, and it’s all he talked about when he came home that day.’ It’s those moments when I know this is really meaningful and important. It’s important that our kids know that just because they can’t do X or Y today, they’re not stupid, it doesn’t mean that they’re not going to be successful in life.”

SEPTA, Special Education and the Budget

Another objective of making SEPTA an institutional piece of the Wilton district reflects how large a piece of the budget special education is and the perception of the entire community around special education spending. It’s a complex issue, involving both allocation at the local and state levels as well as what happens legislatively.

“Connecting to the community is going to be a huge piece of this because I don’t know about you, but I can’t stand to sit in another budget meeting in May and listen to people ask about why we’re spending money on this and that, especially with Special Ed. It’s been on the hot seat for a really long time, and a lot falls on Special Ed’s shoulders–but maybe it shouldn’t all the time. They need our support. There’s a broader effort about how to encourage and nurture a much more compassionate community. This is the time to break down barriers. We need to all lift each other up and support each other, because at the end of the day, what’s the option on the other side? We become this bitter society where everyone’s suing each other over everything. That’s not helpful, that doesn’t create connection and inclusiveness, or a community of caring,” Berghaus says, adding, “We don’t get anywhere fighting, you know what we get fighting? We lose money and we lose kids.”

This is something the superintendent of Wilton Schools, Dr. Kevin Smith, recognizes.

“The leaders of this effort are focused on creating SEPTA as a positive and solution oriented group that is inclusive and serves the community by educating about special education issues and bringing stakeholders together to collaboratively solve problems. During a time when polarization seems to be on the rise we need groups like SEPTA that are focused on bridging divides and healing wounds,” he says.

Much of that means SEPTA will work to inform and communicate to the broader community.

“There is that piece of the puzzle in terms becoming that arm that helps to educate. One of the first things we need to do is get a newsletter out. We always hear about the negative side of special ed, lets celebrate what’s happening that’s really good. There’s a lot of good stuff happening that people just don’t know about,” she adds.

The next SEPTA meeting has been scheduled for this Wednesday, Nov. 14 at 11 a.m. in the Zellner Gallery at the Wilton High School Clune Center. Memberships will be accepted then, at $15 parent/individual and $10 for faculty/staff. For more information visit the SEPTA website or email the SEPTA officers. To reserve tickets for the upcoming screening of ‘Swim Team,’ visit the event webpage.

Editor’s note:  The article has been updated to include the co-sponsors hosting the film screening of “Swim Team.”