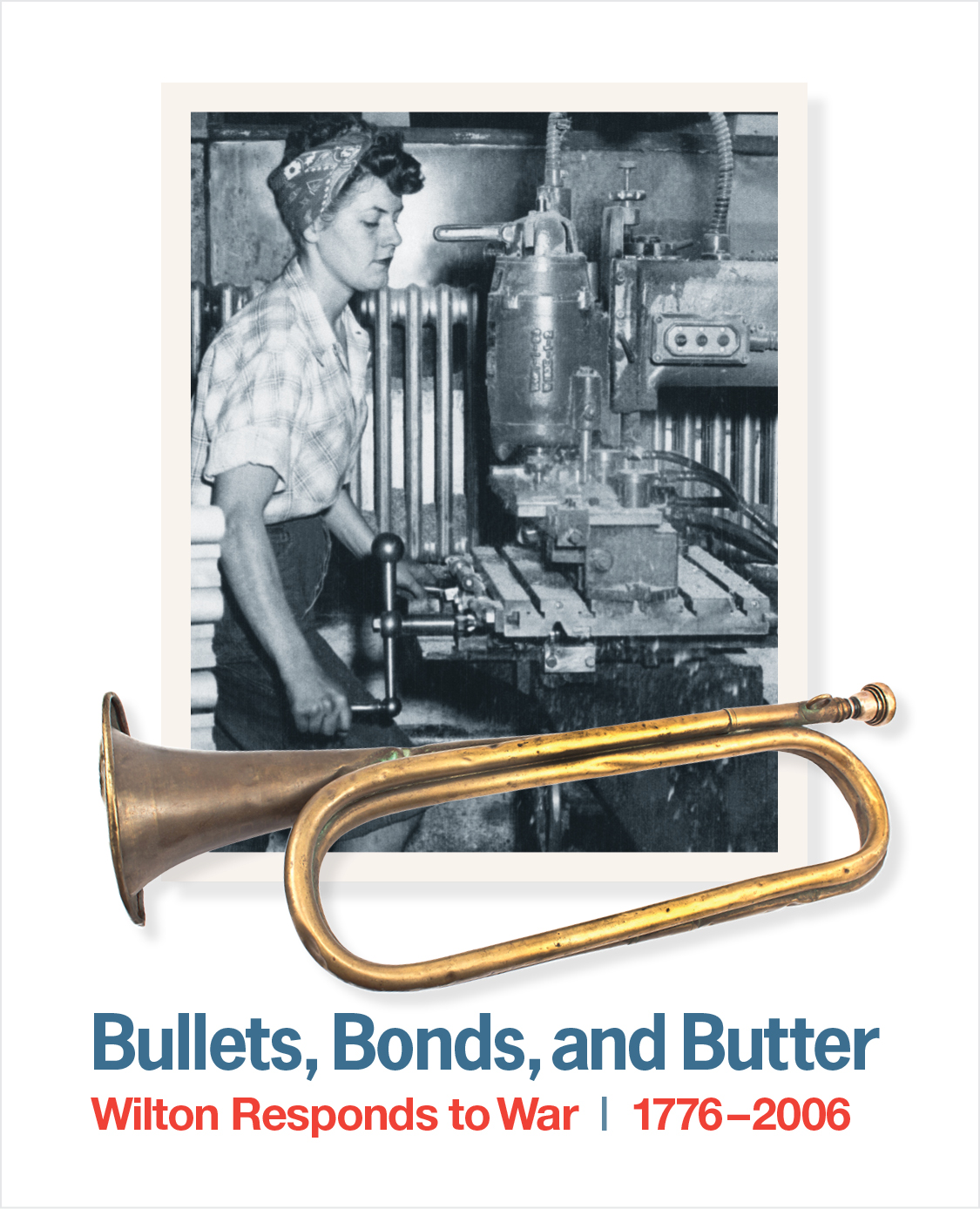 Opening on March 15, Bullets, Bonds, and Butter:  Wilton Responds to War, 1776-2006, the new exhibition at the Wilton Historical Society, commemorates the contributions of both the soldiers and the townsfolk who answered the call of war. While troops fought on the front lines, Wilton residents of all ages back at home were engaged in supporting the war effort in ways both large and small. Rationing, writing letters to the troops, knitting socks and making bandages, buying war bonds, manufacturing diverse supplies, spotting airplanes from observation towers, collecting scrap, sending soccer balls to underprivileged children around the world, and in some cases, protesting against war were all part of the response.

Bullets, Bonds, and Butter:  Wilton Responds to War, 1776-2006 includes material from the Revolutionary War, the War of 1812, the Civil War, World War I, World War II, the Korean War, the Viet Nam War, and the war in Iraq. To mark the anniversary of the birth of the American Legion in March of 1919, the Wilton Historical Society worked with Adjutant Tom Moore of Wilton’s James B. Whipple Post 86 to develop a special section on the history of the organization, which includes some of their artifacts.

The opening day of the exhibition, Friday, March 15 from 2-3 p.m., will be celebrated with a “birthday” cake to honor Wilton’s Post 86 and the American Legion. All are invited!