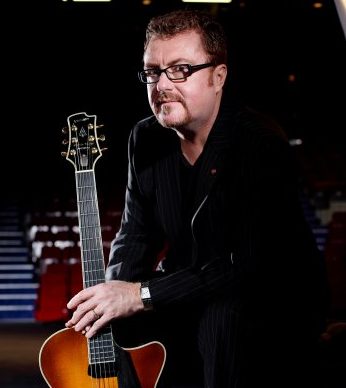 Multi-award winning guitarist Martin Taylor returns to Wilton Library’s Brubeck Room for another engaging concert demonstrating his finger-style guitar playing. Taylor has invented and developed a way of playing the guitar that is admired and often imitated by guitarists all over the world. His collaborations with world-class musicians have garnered two honorary doctorates, a BBC lifetime achievement award, Top 10 albums in both the USA and Europe, a record 14 British Jazz Awards, and in 2002 he was appointed MBE ‘For Services to Jazz Music’ by Her Majesty the Queen of Great Britain.

See the library’s registration link for more details. Reception follows the concert. There is no charge to attend, but the suggested donation is $10. The concert is funded by the William and Karen Tell Foundation, with special thanks to Ed and Catherine Romer and Chris and Tish Brubeck. Registration is strongly suggested. Pre-registrants should arrive by 3:50 p.m. to be guaranteed seating; wait-listed and walk-in registrants will be admitted after 3:50 p.m. if space is available. Register online or call 203.762.6334.