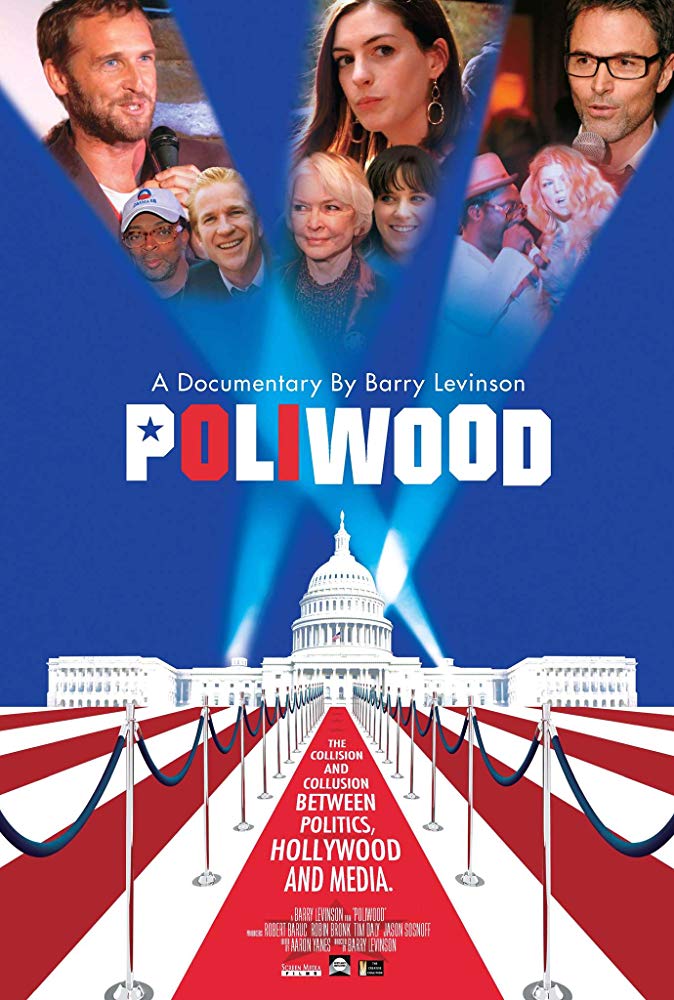 Terrific and timely gem of a documentary by Oscar-winning director (and New Canaan/Wilton resident!) that is fair to people on both sides of the political aisle. This thought-provoking film couldn’t come at a better time given the spirit of divisiveness that is infecting our country.

Levinson documents the 2008 Democratic and Republican National Conventions and looks at the way Hollywood celebrity and political activism have become entwined. Actors Anne Hathaway, Susan Sarandon and Sting, among others, are a part of the Creative Coalition, a non-partisan group of actors and artists that promote the importance of the arts in education as they reached across party lines to make their case at both the Democratic and Republican conventions.

The New Perspectives Documentary series is programmed and moderated by filmmaker Megan Smith-Harris. Please join her for a lively Q&A following the screening. Refreshments provided. No charge: suggested donation is $5. Registration is highly recommended.