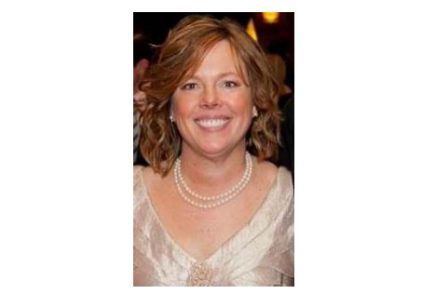 When Pam Keough runs into people she hasn’t seen in awhile, they often have the same reaction.

Who wouldn’t be? Just a little over a year ago, Pam, who lives in Wilton with her husband and two daughters, left the corporate world after 25 years to pursue her passion in non-profit work. Having spent plenty of time volunteering for various community organizations, she went to Make-A-Wish Connecticut to interview for a board position. That’s when things took a fortuitous turn.

“During the meeting they asked if I’d like to interview to be the COO. I had been an SVP in the insurance industry, working alongside CIO’s and CEO’s, but this was a surprise,” she recalls. “I said ‘You may have me at just the right time in my life.’ I decided I’d give it a year and see how it went.”

A year was just about as long as Pam lasted as COO; this past spring she was offered – and accepted – a promotion to the role of President/CEO.

“I feel like I have the best job in the world. I really enjoy what I do. I wake up every day and I love going to work,” she says. “We have so many dedicated people, many of our volunteers have been with us for over ten years. We don’t have a big staff, but we rely on over 300 volunteers across the state, and I get to interact directly with the families we serve.”

Make-A-Wish Connecticut, founded in 1986, serves all eight counties in the state, granting wishes for children with life-threatening medical conditions in an effort to bring them hope, strength and joy. Eligible children are between the ages of 2-1/2 and 18, and can be referred to the program by a parent, a medical professional, or someone close to the family who has knowledge of the situation.

Pam is quick to stress that the Make-A-Wish program is for children with life-threatening medical conditions, not just terminal illnesses. It’s a differentiator she says can sometimes keep families away who might benefit from the program.

“The terminal association is something we have to overcome, because that’s how Make-A-Wish first started out,” she says. “Some people feel they don’t want to have a wish because they don’t want to feel like their child is terminal. We need to let people know that that isn’t the case.”

She adds that other families may shy away because they are affluent and feel they shouldn’t ask for anything. In response, Pam points out that often it’s not about money, but about access.

“It’s not about who can afford it – we can do things people can’t do on their own,” she says. “For example, we had a family from Greenwich whose child wanted to meet Steve Jobs. We made that happen.”

The two kept in touch for years, Pam says, until Jobs’s death in 2011. That child is now 25 and doing really well. Meeting a hero or celebrity, Pam says, is one of the four main wishes the organization grants. Another is wishing to go somewhere, with 40 percent of wishes being a family trip to Walt Disney World. Not only do families get to enjoy all the parks have to offer, they can do so without a concern since all important bases are covered.

“We partner with a group down there called Give Kids the World, which is a very special hotel especially for Wish kids and other charities. It’s got the proper medical facilities, it’s handicapped accessible, and they make it truly special for the kids by making every day a holiday. One day they come back from the park and it’s Halloween; another day it’s Christmas,” Pam says. “It’s truly a magical experience, and a time when the family can be together without worrying about a thing. It’s powerful.”

Other Wish kids ask to have something, such as a laptop to be able to keep up on schoolwork from home, or a swingset in their yard. Sometimes wishes can be as simple as the desire to sit on a tractor; Make-A-Wish Connecticut makes those happen as well. Finally, some kids ask to “be” someone –a concept based on the very first Make-A-Wish child, Chris Greicius. A 7-year-old from Phoenix diagnosed with Leukemia in 1980, Chris wished to become a police officer. His community made it happen, uniform and all, inspiring the creation of Make-A-Wish.

More recently, most social media fans are familiar with Miles Scott, a 5-year-old leukemia patient from San Francisco whose desire to be Bat Kid inspired and entire community to participate in an action packed, city-wide event fit for a superhero.

Pam says high profile wishes like Bat Kid’s benefit everyone, including her chapter.

“Around that time, a child in Bethel’s wish was for us to redo the media center at his school. We were looking for an artist to do a mural, and because of Bat Kid, we had a woman call and say ‘I’m an artist – do you need my skills?’” she recalls. “We said ‘We actually do! Perfect timing!’ It’s amazing how when we have a need someone always steps up to fill it.”

That kind of help goes a long way for Make-A-Wish Connecticut, which is 100 percent donor funded, with 82 cents of every dollar going directly toward making wishes come true. The chapter’s three main fundraisers are the Evening of Wishes Gala in March, the Beardsley Zoo Walk in May, and the Celebrating Wishes Ball in November; together, these events bring in about a third of the organization’s funding. Another third comes from individual events, including annual golf tournaments, school-generated fundraising campaigns, a bike-a-thon, and other events. The remaining funds come in from individual donations, which Pam says can never be too small.

“So many times, people will come into the office with money and say, ‘We did this to raise money for you,’” she says. “We get $10 in the mail, and all of that adds up to support what we do.”

Pam says in addition to a dedicated staff and the tireless efforts of over 300 volunteers, Make-A-Wish Connecticut has strong support from their Board of Directors, who generously use their connections to help fund the organization’s mission. Some Board members have an even deeper connection to the cause.

“Right now one of our very first Wish kids is a successful entrepreneur with his own business, and he’s just joined our Board,” she says. “It’s come full circle; he wants to give back.”

When asked her favorite part of her job, Pam doesn’t hesitate.

“I go to as many of the wish granting parties as I can, interacting with wish granters, the community, the families,” she says of the celebrations volunteers organize for wish recipients. “There’s nothing like seeing a wish happen, or getting a letter back from the families, or pictures, talking about the experience.”

Looking back, she is incredibly grateful for the unexpected path she took to where she is today.

“This last year, things just sort of worked out. If you want something badly enough, you can make it happen,” she says. “Now I’m in Wish World! I’m happy. In my world, I meet good people and good things happen.”