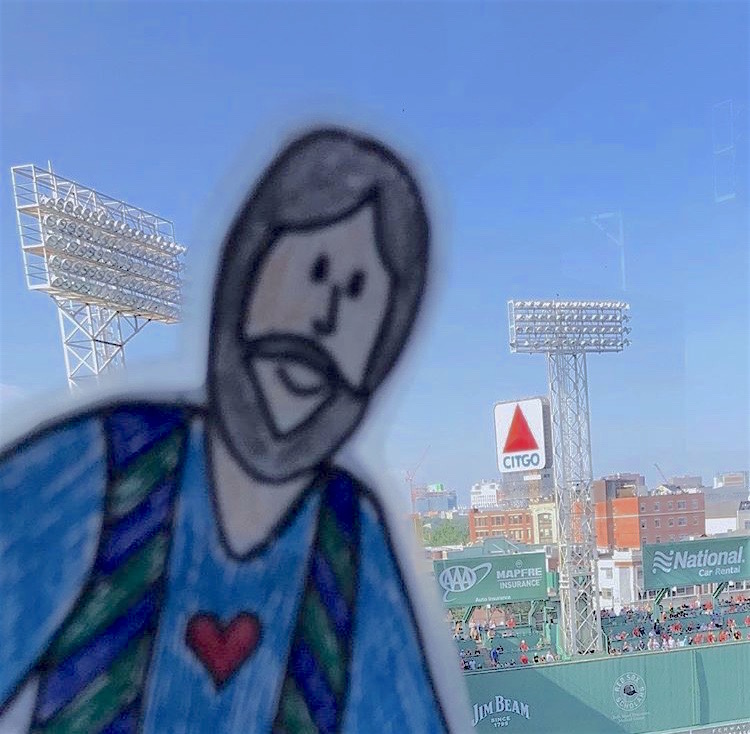 Many people recall reading Jeff Brown’s book, Flat Stanley, at some point in elementary school. Who could forget the iconic story about Stanley Lambchop’s survival after being crushed by a falling bulletin board while he was sleeping? Stanley takes advantage of life in his newly flattened state in various ways, from slipping under locked doors and being used as a kite at the park, to visiting friends in different places by conveniently being mailed via envelope.

Wilton’s St. Matthew’s Episcopal Church took inspiration from the children’s book, and created “Flat Matt,” a paper version of their namesake saint that the congregants brought along with them throughout the summer and have taken pictures of him in a variety of locations both near and far.

The idea was suggested by parishioner Sharon Pearson a few summers ago. While Flat Matt’s first summer was less well documented, last year better efforts were made to get “his” word out. This summer Matt’s travels have filled St. Matthew’s social media feeds, and anyone can follow Flat Matt’s exciting journey on Facebook or Instagram.

Flat Matt has been quite the globetrotter this summer. He enjoyed discovering France’s rich history and culture. He made it to Old Station, California to send prayers to those affected by the wildfires. Reverend Marissa Rohrbach took Flat Matt to pray outside an immigration detention center in South Central Texas where children separated from their families were being held.

When things got busy, he enjoyed kicking back at home here in Wilton, whether by grabbing his favorite drink at Tusk and Cup or heading down to the Turn Over Shop to donate some items or salvage some new ones. Flat Matt has provided congregation members with a creative and entertaining opportunity to stay connected with St. Matthew’s throughout the busy summer. Congregant Jennifer Angerame and her family enjoyed having Flat Matt along for their summer adventures. “Flat Matt is a fun reminder of our Saint Matthew’s family. It is a fun and whimsical way to connect during our ‘less scheduled’ time of year.”

Rohrbach saw how, even though the initiative was inspired by a children’s story, the effort was something that was embraced by congregants of all ages.

“Flat Matt allows folks to keep in touch with the parish and to take their faith out in the world with them”. She adds that “I just heard a conversation this morning between a whole bunch of adults about how much fun it has been to see where Flat Matt has been this summer.”

The program is something the congregation has made open to anyone who would like to join in on the fun and have Flat Matt accompany them on their travels, wherever they may be. Visit the St. Matthew’s website to download and print your own Flat Matt.