Until recently, for anyone who wanted to behold an unsightly sea of mugwort, there was no better place than at Allen’s Meadow just west of the Community Gardens. But now, through the efforts of Wilton resident Joe Bear, a local conservationist, gardener and birder, things have begun to change.

Mugwort –officially Artemisia vulgaris – is an extremely aggressive non-native plant from Eurasia that rapidly outcompetes native flora, so much so that it has earned a top spot on most states’ invasive plant lists, including Connecticut’s.

Mugwort’s invincible root system, which spreads quickly in even the most unwelcoming soil, makes it almost impossible to eradicate — even a sliver of root left in the ground will sprout into a new plant. To make matters worse, its pollen is a major contributor to hay fever.

Bear has been birding Allen’s Meadow since he and his wife, Barbara, moved to Wilton 20 years ago. He became concerned about the inhospitable habitat the invading mugwort was creating, especially for native pollinators. Many native butterflies, bees, and other pollinators are in serious decline, in large part because native plant species are being edged out by non-natives, like mugwort.

As an expert birder and gardener, Bear had already jumped on the Pollinator Pathway bandwagon and created a pollinator garden at his home. Now, in Allen’s Meadow, Bear saw the opportunity to throw the pollinators another lifeline.

“It’s so rewarding to see so many species of native butterflies and bees pollinating native plants,” he said. “It’s the way it’s supposed to be.”

It was after signing on for a Community Gardens plot at Allen’s Meadow in 2020 that Bear decided to expand his field of operations.

“I realized after I selected a plot along the back edge that the backdrop was the unsightly mess of mugwort. That’s when I thought, hey, wouldn’t it be great if instead, this was a native pollinator meadow!”

Bear sought approval from Town of Wilton officials by crafting a meadow restoration and management plan, which was subsequently approved by the Parks and Recreation Commission as well as the Conservation Commission. After some COVID-related delays, the Wilton Board of Selectmen gave the project a green light at its May 17 meeting.

The Wilton Conservation Commission has been behind this project all along.

“Joe’s commitment to [the] creation of the pollinator meadow at Allen’s Meadows is a gift to the community and to the wildlife that make this park their habitat, whether they’re there year-round or just passing through during migration,” says Jackie Algon, Conservation Commission chair. “This restoration — and its process — is a model for Wilton residents who realize the beauty of our native plants would enhance their own properties while providing critically needed sustenance and habitat for insects, birds, and other wildlife.”

Bear’s plan included two parts. First, with the go-ahead from Parks and Recreation Director Steve Pierce, the large, nearby bluestem meadow was mowed in March for the first time in over 10 years. In what will become an annual maintenance effort, this mowing will prevent the encroachment of trees and shrubs into the native grasslands.

“What a rewarding sight to see Allen’s Meadow looking like, well, a meadow. Blackbirds finding food in the scrub, a few killdeers scattered about, and tree swallows and bluebirds going in and out of the nest boxes we installed with the Girl Scouts’ help,” Bear said.

Bear led a group of volunteers in part two of the plan: using a combination of tarps to smothering the intractable plants and frequent mowing to curb their growth and ability to photosynthesize.

While Bear has done a huge share of the heavy lifting — literally — he is quick to acknowledge all of those who have lent a hand: the Norwalk River Watershed Association, which serves as a sponsor organization; local conservationist and community gardener Jamie van Acker who has partnered with Joe from the outset; the Town of Wilton, Parks and Recreation, and the Conservation Commission; and the Connecticut Ornithological Association and the Hartford Audubon Society, which provided mini-grants for the project.

Bear said Allen’s Meadow is “a special place,” one that became his go-to place for birding and leading numerous birding walks there for CT Audubon and other local organizations.

“Now, as a gardener, it gives me great joy to help make Allen’s Meadow part of the Pollinator Pathway. Whether birds, bees, butterflies, or native plants, everything’s connected. I’m honored to provide this meadow restoration stewardship to a town park that has given so much to me and my family.”

To reinforce the point, Joe shared one of his favorite quotes from naturalist John Muir: “When one tugs at a single thing in nature, he finds it attached to the rest of the world.”

A fundraising campaign for Bear’s Allen’s Meadow restoration project is supported by Sustainable CT. Wilton residents can help see the project through to fruition with an online contribution. 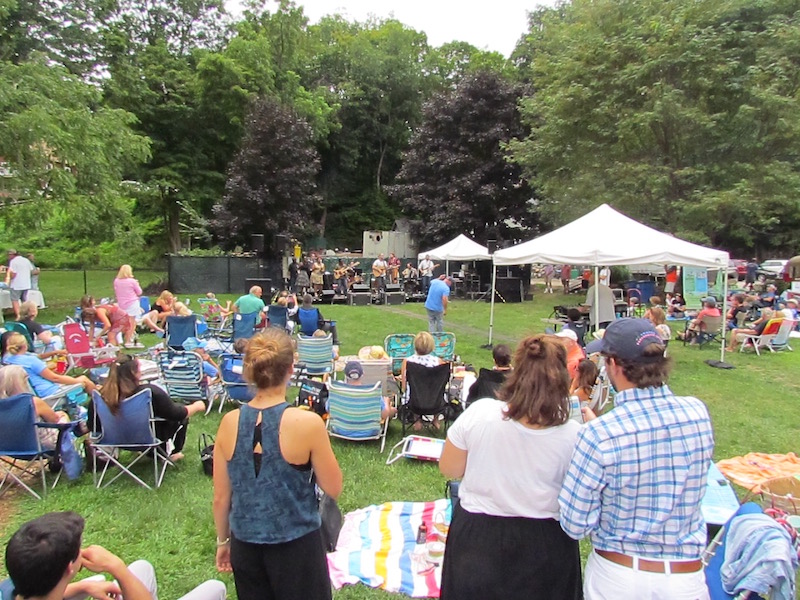