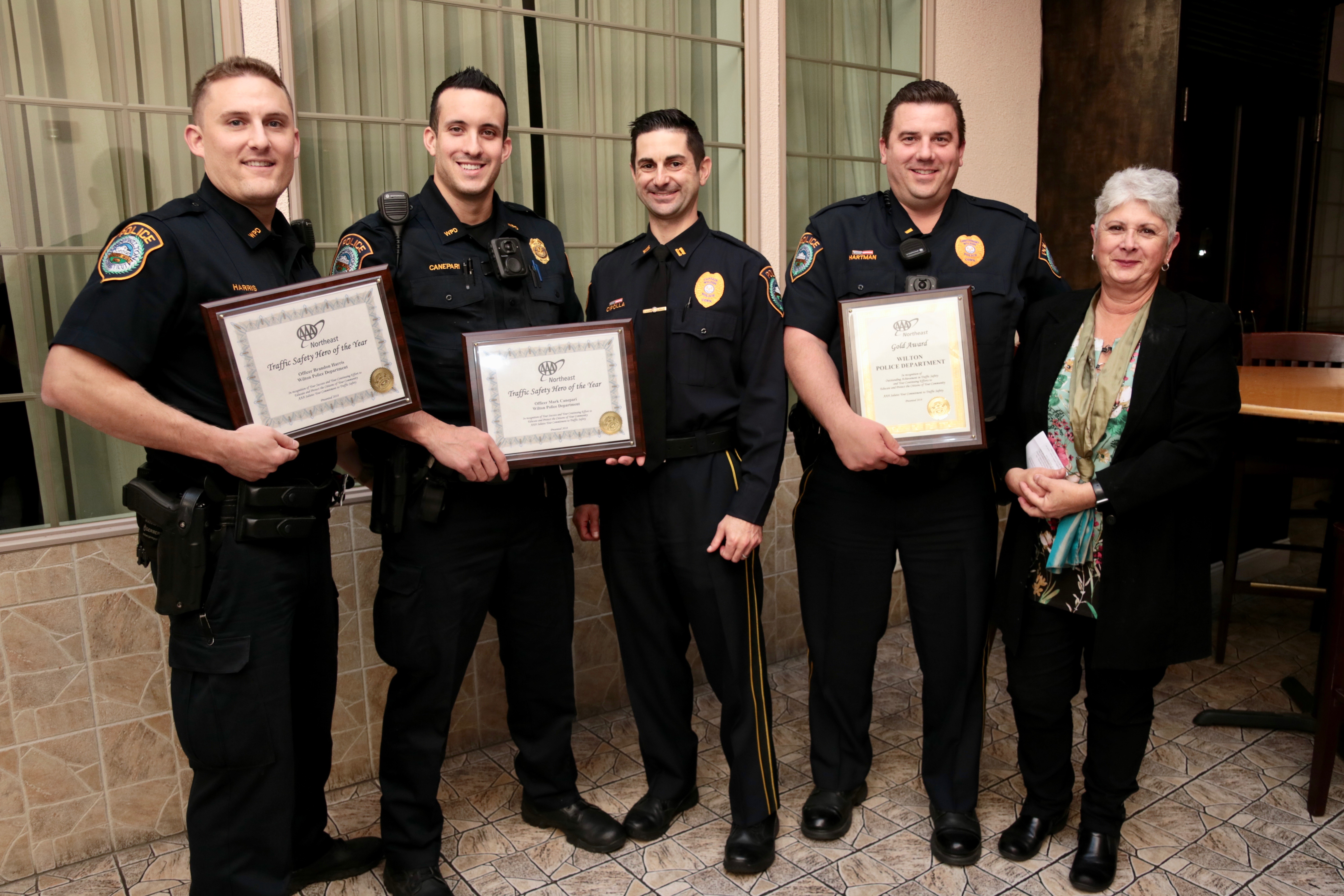 Formed in 2004, the CERT response team assists Wilton’s Emergency Services departments in times of need. Members are trained in traffic and pedestrian crowd control, missing person searches, and motor vehicle investigation support, among other initiatives. Team members have been called upon to assist with road closures because of weather-related or crash related issues. Canepari also participated in town-wide distracted driving campaigns, Click-it or Ticket drives and DUI enforcement in Wilton, and in the past year alone has also made over 500 motor vehicle and DUI arrests.