Home Community All is NOT ‘Fair’ in WARrior Fandom, as Some Spoilsports Ruin it... 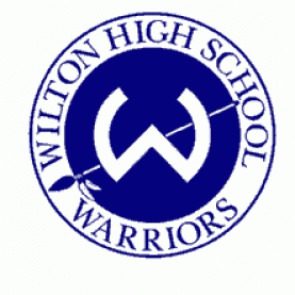 A recent uptick in poor fan sportsmanship in the spectator stands at Wilton High School games has pushed WHS athletic director Chris McDougal to reach out to the community. It’s gotten so out of hand that he has sent a letter to parents and students asking for their help in making the behavior stop. He’s hoping the message hits home before Nov. 15. “I’m very nervous about the upcoming football matchup against Ridgefield.”

According to McDougal the behavior is rowdy and negative. “Some members of the student body will single out a player or two from the opposing team and heckle them throughout the game to try to throw them off. I’ve gone up into the crowd on numerous occasions to ask them to stop and told them the consequences if they didn’t stop. By sending the letter home to parents and posting it on the athletic website, we’re trying to remedy the situation and make sure it doesn’t happen.”

Sadly, McDougal said, it’s not just the students with the “childish” bad behavior. “Parents are doing similar things, although not calling out to the other team–they’re more or less badgering the officials. It’s just not appropriate.”

For the upcoming game against Ridgefield–at home at Fujitani Field at 6 p.m. on Nov. 15–he’s taking a Boy Scout-like stance to “be prepared”:  “We have made steps to try to stop it before it happens. We’re asking for more administration to be up in the stands, more of a police presence, more teachers helping us with supervision.”

Last Saturday, during the WHS girls’ soccer matchup against Fairfield Warde High School, Wilton won the game 2-0 at home, helping propel them even further in their pursuit of the 2013 FCIAC championship [Ed. note–last night the girls lost the season-ending title to St. Joe’s in a 1-0 tight loss, not without its own conflict]. But fan behavior at the game soured the result enough to prompt McDougal to write his letter.

The consequences McDougal describes include ejection from not just one game, but all of them.

McDougal said it typically happens at soccer games, but that it also occurs across the board at all sports, save one. “It doesn’t happen at field hockey, thank goodness, with their fans. I wish we had more field hockey fans. They cheer on our girls and obviously the girls are doing a phenomenal, phenomenal job–they’re playing in the championships on Friday. But at most of the other team, spectator sports [the bad fan behavior] does happen, despite our best efforts to curb it.”

The behavior is so consistent that it’s at the point of damaging Wilton’s reputation–and McDougal said it takes a toll on the athletes.

“The behavior really gives all of us a bad name, making it seem we’re all bad sports here, when it’s really just one or two people. It’s not the vast majority of people watching and enjoying the game. The athletes definitely don’t like it–they love when the crowd is loud and gets into the game and cheering for them, but it really distracts the athletes when they hear the negative out there on the field. It charges them up when they hear the positive, and that everyone is behind them.”

“When it happens at Lilly Field, I’m on the other side with the coaches–I have to evaluate them and I usually use game time for that. When I have to leave that responsibility to go over with the spectators, it adds to the headaches.”

What does he hope happens?