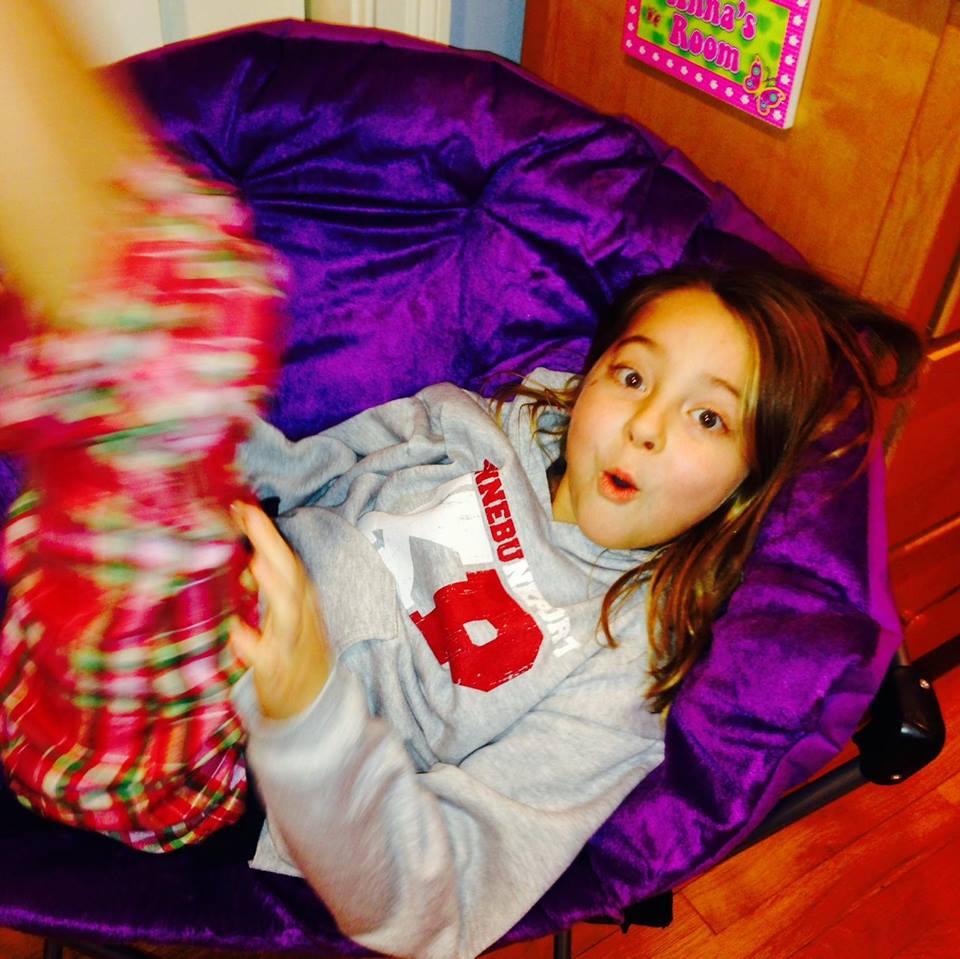 It’s never GOOD news to report a story about a sweet child facing a fight against cancer. But hopefully by bringing you the story of Wilton’s Anna Getner, a 9-year-old Cider Mill student who was diagnosed with leukemia in November, we can help rally more people from the community to help support her–and hopefully find a much needed bone marrow donor–to help her win that fight.

John Schiaroli, who is Anna’s soon-to-be-(formally)-step-dad, and views himself as father-like through Anna’s brave fight, talked to GOOD Morning Wilton by phone on Saturday, calling from the hospital where Anna is currently undergoing chemotherapy. He runs the blog and Facebook page that update friends and family on Anna’s condition and treatment, and rallies supporters to whatever Anna’s needs are.

From his first blog post–“Nov. 1, 2013 my beautiful Step-Daughter Anna was diagnosed with ALL-Leukemia.  It was and still is the most heart wrenching thing any parent (or step parent) could ever imagine.”–to the many other posts describing Anna’s bravery, smiles, and medical ups and downs, Schiaroli is helping the supportive community circles assist Anna in her fight against cancer.

As of now, Anna will be in the hospital at least through Wednesday. “We’re here under a new chemotherapy protocol, because the first one didn’t work. It never really put her 100 percent into remission; it got her really, really close–close enough but it’s come back more substantially. This is the only thing to rid her of some very stubborn leukemia cells and get her ready for a bone marrow transplant.”

That’s why there’s an urgent need to find a potential bone marrow donor, through bone marrow drives like the one scheduled for Sat. Feb. 1 from 10 a.m. to 2 p.m. at Cider Mill, and to encourage more people to register to be potential donors. For Anna to beat this leukemia, she needs a bone marrow transplant. But to accept the transplant, doctors need to get her into remission. Once she’s at zero-percent leukemia cells in her system, the timing is critical, according to Schiaroli.

“Theoretically at that point she’s ready for a bone marrow transplant. That would mean that during the time that she would be in the hospital and recover from the chemotherapy treatment, about 3-4 weeks total, the hope is that there has been a donor match identified. The longer it takes to find a match, after she completes this phase of chemotherapy treatment, the greater the chance that the leukemia could come back again. If they get her to zero and don’t find a donor right away, and if it comes back, they have to hit her with chemo again–giving her more toxicity again–to get her back to zero, and then hope again that a match is found.”

The more people that know about Anna’s need and can spread the word, to encourage more people to be tested, the better the chance a match for Anna will be found, explained Schiaroli. “We are thrilled that you’re helping, we have an online Facebook campaign and a blog going. Hopefully, together we’ll be successful.”

The whole family has been touched by the help they’re getting from Cider Mill and from the entire community. “When school asked if they could help us and organize [the drive], we were thrilled, of course. We’re just overwhelmed.”

Schiaroli’s blog relates other stories of support that Anna has gotten since her diagnosis, including hospital visits from her CM teacher, Jeffrey Schwartz, and many friends; and the time she was made honorary captain of the fourth grade boys football team and was presented with the game ball signed by each player. As a cheerleader sidelined by her diagnosis, that kind of gesture from her peers meant the world to her, Schiaroli wrote.

They’ve also received some big name support. Singer Sara Bareilles tweeted the links to the blog and asked her 2.8 million twitter followers to help out the fundraising cause on behalf of Anna.

Dear little Anna and her family are in my prayers for her 821 days of treatment. Here’s how to help.. http://t.co/b9YK5wqcO0 #821forAnna

“The donor drive is a huge drive, and anyone who is willing to step up and save her life or someone else’s life is a huge deal, it’s enormous.”

Schiaroli said that they’re fortunate to have their friends and family who are helping with the day-to-day details that need keeping-up with. As for anyone reading this, and others touched by Anna’s story, he encourages them to keep up with Anna online. “Follow on the blog, and support her that way. She’s so excited that people are following her and talking about her journey. The celebrities who have spoken out have made her excited that there’s that support for her.”

There’s is one thing that Schiaroli is making a special plea for, something he said would be very helpful and that he hopes he can find in the Wilton community especially. “She has great friends who email and Facetime, and we’ve gotten amazing support. But if there was someone else in town, a child who may have gone through this who she could relate to, that would be a huge help. Someone local who she could see, maybe a friend’s older sister or brother, so she doesn’t feel like she’s the only one.”

Share this story, spread the word to friends and families near and far, and far and wide. Who knows where Anna’s donor will come from but increasing the number of people on the registry will increase her chances of finding a match.

Editor’s Note: The story has been modified to more accurately reflect the relationship that John Schiaroli has with Anna.