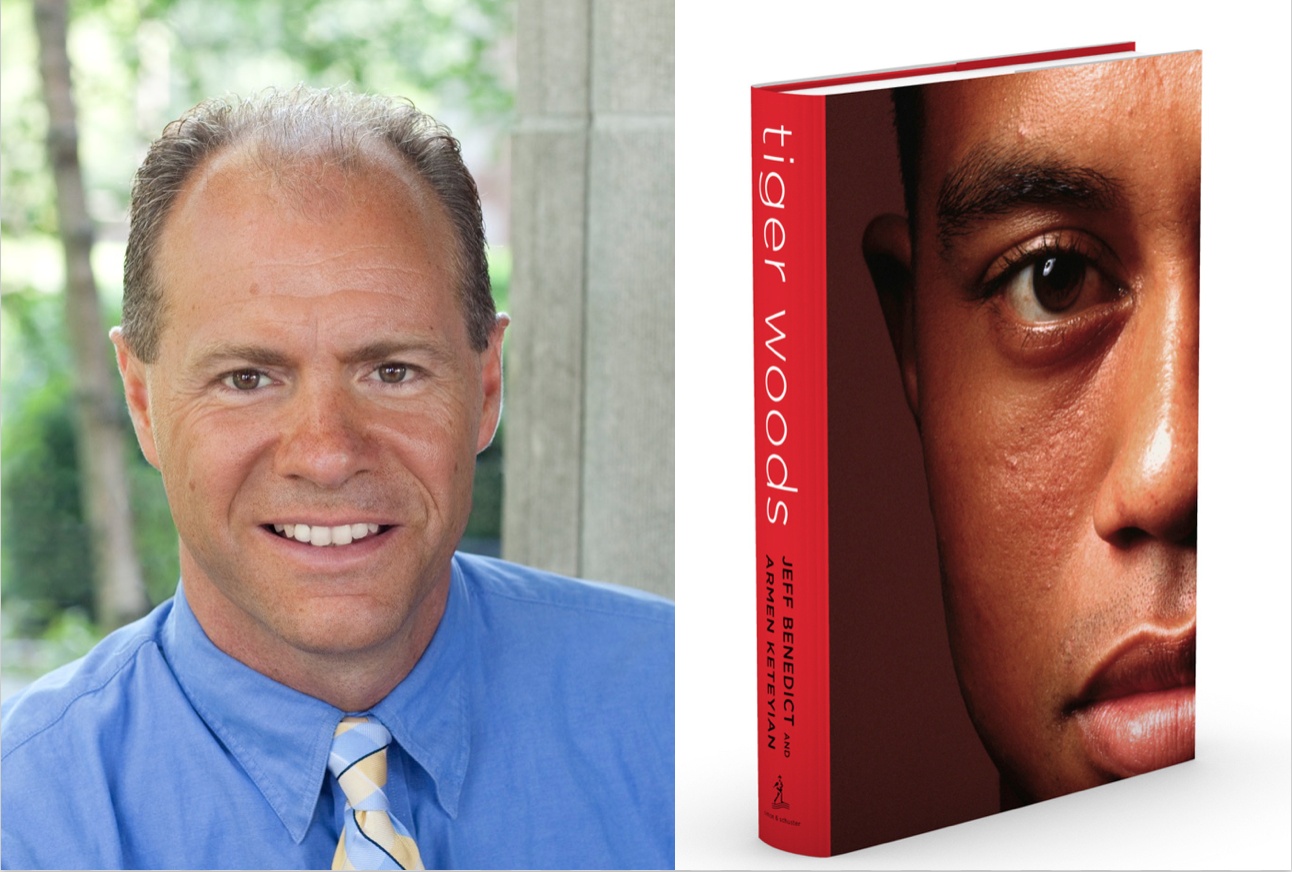 He was known for picking up a golf club at age two and becoming a powerhouse player as a teen and young adult. He was hailed by all in the golf world; everyone knew the phenom Tiger Woods–or did they? Bestselling author Jeff Benedict visits Wilton Library on Monday, April 30, from 7-8:30 p.m. to let the audience discover what he and his co-author Armen Keteyian have uncovered in their thoroughly-researched biography, Tiger Woods. The book has just been placed on the New York Times bestseller list.

In 2009, Tiger Woods was the most famous athlete on the planet, a transcendent star of almost unfathomable fame and fortune living what appeared to be the perfect life–married to a Swedish beauty and the father of two young children. Winner of 14 major golf championships and 79 PGA Tour events, Woods was the first billion-dollar athlete, earning more than $100 million a year in endorsements. But it was all a carefully crafted illusion. As it turned out, Woods had been living a double life for years–one that exploded in the aftermath of a Thanksgiving night crash that exposed his serial infidelity and sent his personal and professional life off a cliff.

The New York Times said of Tiger Woods, “A confident and substantial book…It has torque and velocity…It makes a sweet sound, like a well-struck golf ball. I found it exhilarating, depressing, tawdry, and moving in almost equal measure. It’s a big American story.”

The Wall Street Journal commented, “Irresistible…Immensely readable…The authors have laid out a saga that is part myth, part Shakespeare, part Jackie Collins….A whirlwind of a biography that reads honest and true.”

Benedict is a New York Times-bestselling author, a special features writer for Sports Illustrated, and a television and film producer. In addition to publishing 15 non-fiction books, he has written for The New York Times and Los Angeles Times, and his stories have been the basis for segments on 60 Minutes, 20/20, CBS Sunday Morning, CBS Evening News, the NFL Network, HBO Real Sports, Good Morning America, 48 Hours, and the Discovery Channel. He is the founder and director of the Institute for Writing and Mass Media at Southern Virginia University. Benedict has previously spoken at Wilton Library about his New York Times-bestselling QB: My Life Behind the Spiral, a collaboration with San Francisco 49er and Super Bowl Hall of Famer Steve Young.

Benedict also is the author of Little Pink House, which has been made into a movie starring Oscar-nominated Catherine Keener and Jeanne Tripplehorn. The film is in theaters in April and Benedict will be signing copies of both Tiger Woods and Little Pink House following his talk and his Q & A session. Both books will be available for purchase and signing.

There is no charge for the program. Registration on the Wilton Library website is highly recommended.