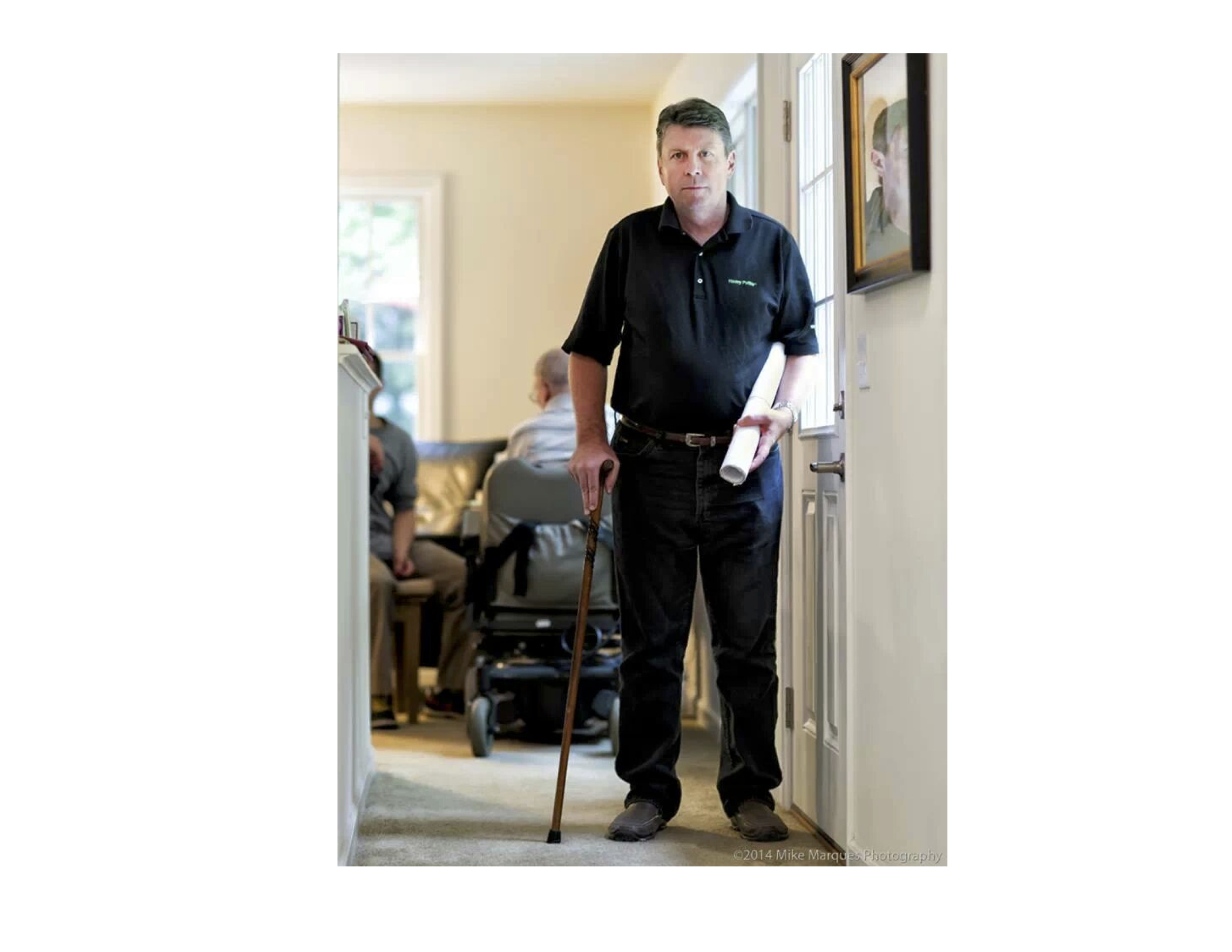 Jacobson served as captain of the golf team while attending Williams College in Williamstown, MA. From 1982 to 1984 Jacobson earned a spot as a professional tour player on the Space Coast Mini-Tour. After regaining his amateur status, he was a fixture for more than 20 years at the Ridgefield Golf Club. He won numerous RGC championships and, in 1995, shot a course record of 67. A regular competitor in Connecticut State Golf Association (CSGA) tournaments, Jacobson played in many Connecticut opens, amateur and mid-amateur competitions. In 1981, he was named an NCAA Golf All-American.

However, in 2011 Jacobson’s golf career came to an abrupt halt when, after years of baffling symptoms that increasingly limited his physical capabilities, he was officially diagnosed with progressive multiple sclerosis, a debilitating form of the disease in which individuals lose more and more motor function over time.

“Multiple sclerosis side lined me; it has robbed me of a lifestyle I loved,” Jacobson says. He now uses a walker for short distances and a scooter for longer distances. “Although MS has deprived me of many things, it can’t rob me of my unrelenting determination to help ensure science keeps moving forward toward better treatments and what I want most, a cure.”

More than 6,000 Connecticut residents, like Greg Jacobson, are affected by multiple sclerosis, a disease affecting the central nervous system. The cause is unknown and there is currently no cure for MS. Symptoms can include, among other things, numbness in the limbs, difficulties with vision and speech, stiffness, loss of mobility and, in some more severe cases, total paralysis.

Most people who are diagnosed with multiple sclerosis have relapsing-remitting MS in which patients experience attacks when symptoms flare up. A relapse is followed by recovery or remission of symptoms that can last for weeks, months or longer. Primary progressive MS steadily worsens. Ten to fifteen percent of people with MS are diagnosed with primary progressive MS. However, the progress, severity, and specific symptoms of MS in any one person cannot be predicted. No two people are likely to experience the identical set of symptoms in the same way.

The Jake 2014 is sponsored by Fairfield County Bank, Mercedes-Benz of Danbury, and the Soros Foundation. More sponsorship opportunities are currently available.

For more information or to register for The Jake 2014, visit www.PlayTheJake.com. To request an electronic brochure, email tournament chair Mike Reilly at mreilly80@comcast.net.

For more information on multiple sclerosis, its effects and the many ways to help make a difference through Do It Yourself Fundraising, visit www.ctfightsMS.org.