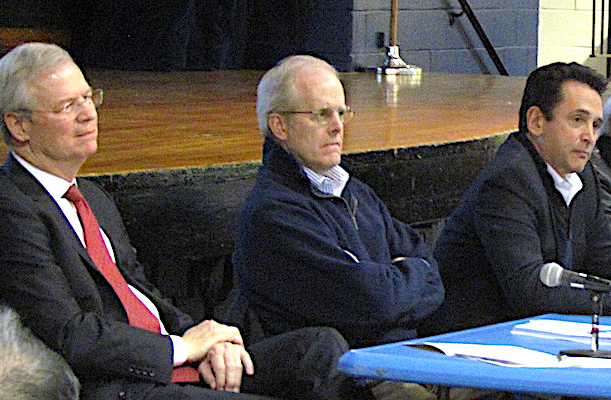 Earlier this week Board of Education chair Christine Finkelstein published an editorial about being surprised by Board of Finance cuts to her budget. Today, BOF member Peter Balderston explains his POV on why those cuts were necessary.

Wilton’s mill rate for FY2020 is now fixed at a 1.24% increase over last year. Let’s review the context in which this decision was made since the underlying factors for this week’s decision will likely be important reference points for future Board of Finance mill rate decisions.

Many of these revenue prescriptions have been hastily devised and have far-reaching and potentially destructive implications (e.g. school regionalization). This chaotic approach to managing the state’s fiscal woes–which began under the Malloy administration–has sent a chill through an already cold Fairfield County housing market, contributing to reductions in our residential grand list, which is now down over 4% based on the recently published revaluation. Fairfield Country realtors have noted a significant rise in the withdrawal of buyer contracts in reaction to Connecticut’s fiscal uncertainties. The reduction in state and local tax deductibility has only compounded this problem.

Holding town board budgets flat to last year will still result in a mill rate increase for many given the decline in our grand list. Making matters worse, the impact will be disproportionately felt in smaller homes and condos.

Wilton’s taxpayers have experienced year-over-year increases in our mill rate for over 10 years, driven largely by mandatory cost increases associated with negotiated labor contracts for the town and the school. These increases have been largely borne by Wilton’s homeowners/taxpayers. When Wilton’s revaluation was published, it became apparent how disproportionately the magnitude of the grand list decline would impact smaller homes and condos; that some measure of balance was needed to spread the load of the change across the town.

Below is an historical analysis of how historic tax increases have impacted the town’s taxpayers and its two boards, the Board of Selectmen and the Board of Education. Philosophically, the approach taken for FY2020–particularly given the specter of potentially significant tax increases coming from Hartford–seems appropriately balanced.

Since its peak in 2009, annual student enrollment has been steadily declining (see graph below), and current projections show declines extending beyond 2027. This nationwide trend reflects lower birth rates and an increasing propensity for young families to stay in urban environments. Unfortunately, this trend has recently accelerated in Wilton. Sagging home prices (i.e. grand lists) and declining school enrollments present a very difficult environment in which Wilton and other CT towns must manage sustainable yearly budgets and a balanced approach to sharing this pain is essential.

The good news for Wilton taxpayers is that both boards have been proactive over the last three-plus years in adopting austerity measures to manage through this turbulence. Examples include:

In fact, Wilton has been cited several times by Gov. Lamont as the model for the voluntary adoption of shared-services that provide meaningful savings to taxpayers.

There are opportunities that warrant further examination for savings. The BOE will need to stay focused on the dynamics between projected declining enrollment and its impact on annual per-pupil expenditure (PPE). The graph below captures the differential between these two measures: Note that since FY2010, the Wilton school budget has never been cut from its previous year’s amount. At worst, the school budget has been held flat to the previous year, which has occurred only twice in the past 11 fiscal years. However, when considering per pupil expenditure growth, WPS has enjoyed generous increases over the past five years, most being well above the rate of inflation. This year’s budget increases PPE spending by 0.76% despite the 0.0% change to the school budget. And despite expense moderation over the past five years, WPS has been able to reduce the student-to-staff ratio over the past seven years, thereby improving Wilton students’ educational experience. Our town has successfully adopted a culture of austerity during difficult economic circumstances and members of the BOS and BOE should be commended for rising to this challenge. Nonetheless, with the possibility of punishing tax increases coming from Hartford, our town agencies must continue to be laser-focused in seeking savings opportunities that allow us to right-size Wilton during these turbulent economic times.

The author is a member of the Board of Finance of the Town of Wilton.