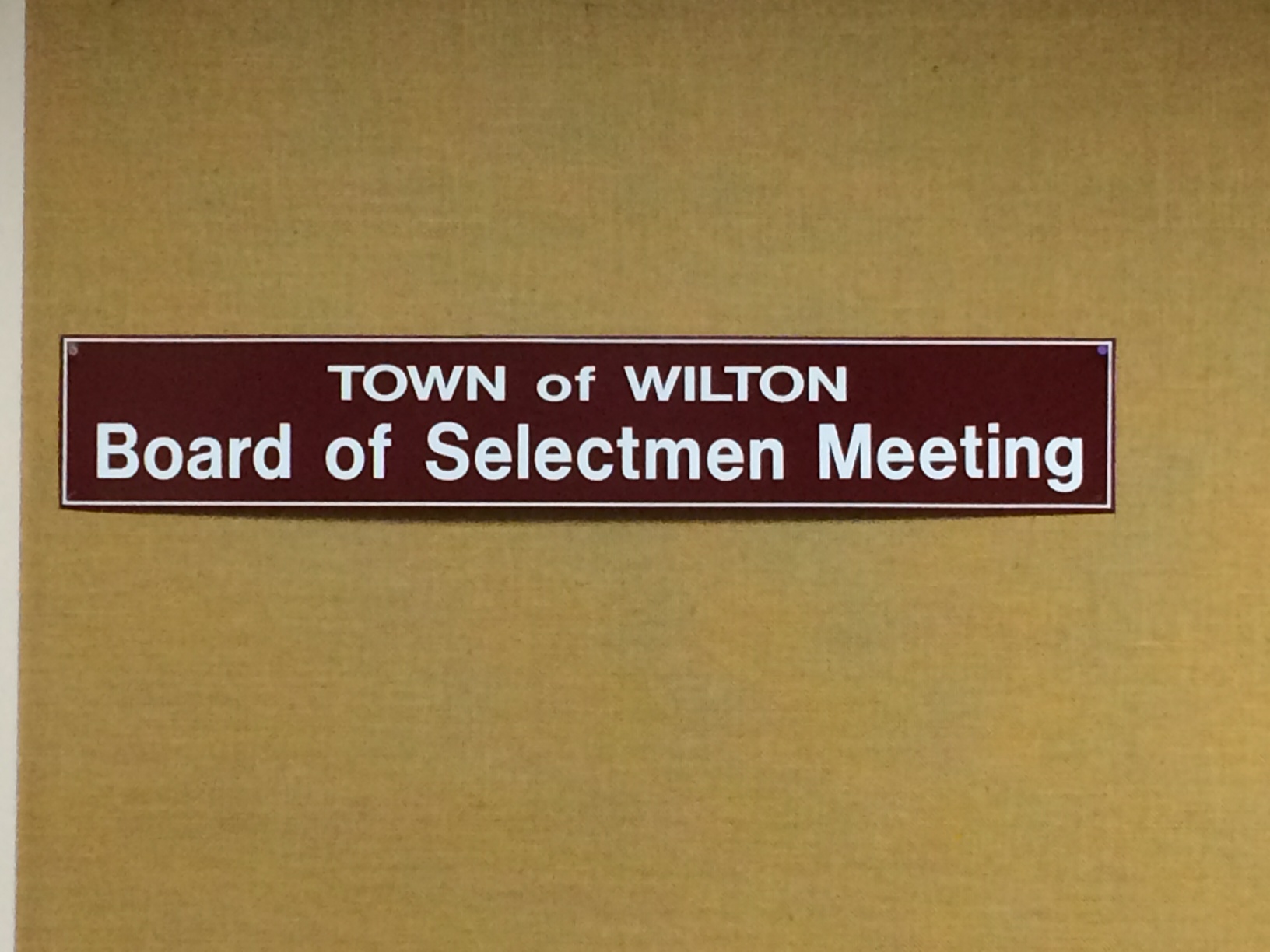 Tonight’s Board of Selectmen meeting is a full one, especially for a summer month. There are several meaty topics on the agenda. The meeting is being held virtually over Zoom and will begin at 7 p.m.

First up, Wilton’s three state legislators have been invited to discuss topics that will be front and center in the upcoming summer special legislative session. The four issues that the CT General Assembly will consider when the House of Representatives reconvenes Thursday, July 23 and the Senate begins the following week are police accountability reform, extending COVID-19 absentee ballot voting to November’s general election, extending Lamont’s executive order on telehealth to January 2021, and capping the price of insulin.

First Selectwoman Lynne Vanderslice has crafted a proposal asking the BOS to consider creating a Wilton Housing Committee that will advise the BOS with the purpose of “evaluat[ing], defin[ing] and monitor[ing] the need for diverse housing options and affordable housing in Wilton.

The proposal is in response to a discussion “over the last several years” of the need for additional diverse housing, as well as fulfilling a strategy objective from the recently updated Plan of Conservation and Development, which Vanderslice quoted in her proposal:

“Our recently adopted Plan of Conservation and Development (POCD) includes the following goal:  Wilton recognizes the need to diversify its housing stock in order to accommodate all life stages, including its workforce, families with children, single-persons, and empty nesters. This includes providing housing at a greater variety of sizes, styles, and price points and modifying the Town’s regulations to enable and incentivize this type of development. A diverse housing stock can support existing residents, attract new residents, and provide a larger employee and customer base for Wilton businesses.”

She said there was a need for additional diverse housing to supplement the current range of options:  “single-family, including affordable, townhomes, condos, accessory dwellings, rental apartments with affordable units, and seniors and individuals with disabilities housing with affordable units.”

The housing committee would be developed with input from Social Services Director Sarah Heath and Director of Land Use Management and Town Planner Michael Wrinn, both of whom will participate in tonight’s discussion of the proposal.

Vanderslice has reviewed housing committees in other Connecticut towns, including Fairfield and Washington, as well as CT towns with exclusively Affordable Housing Committees–Ridgefield, Old Lyme, and North Stonington.

The responsibilities of the housing committee members would include:

Qualifications for the proposed seven members who would serve two years include interest in housing, in varied stages of life, and potential real estate-related experience.

Vanderslice has also set a review of appointed boards and commissions on tonight’s agenda, something she said was begun before the COVID-19 outbreak. The review will include considering the appropriate number of members on some committees, updating charges and priorities, and revising preferred backgrounds for Police and Fire Commissioners.

In preparation for the discussion, Vanderslice said her office analyzed the demographics of Wilton’s current standing appointed boards and commissions. She found:

She also noted that since the pandemic, several members of appointed boards and commissions and a member of the elected Board of Assessment Appeals have resigned. See attached for appointed, names highlighted in yellow.

In particular, Vanderslice wants to address the makeup of the Fire and Police Commissions, because unlike any other BOS appointed board/commission, the members have the authority to hire, fire, and promote members of the departments. Wilton’s Chief of Police reports solely to the Police Commission, and the Chief of the Fire Department reports to the Fire Commission and the First Selectman/woman.

Vanderslice is hoping to update both commissions to better reflect gender and racial diversity.