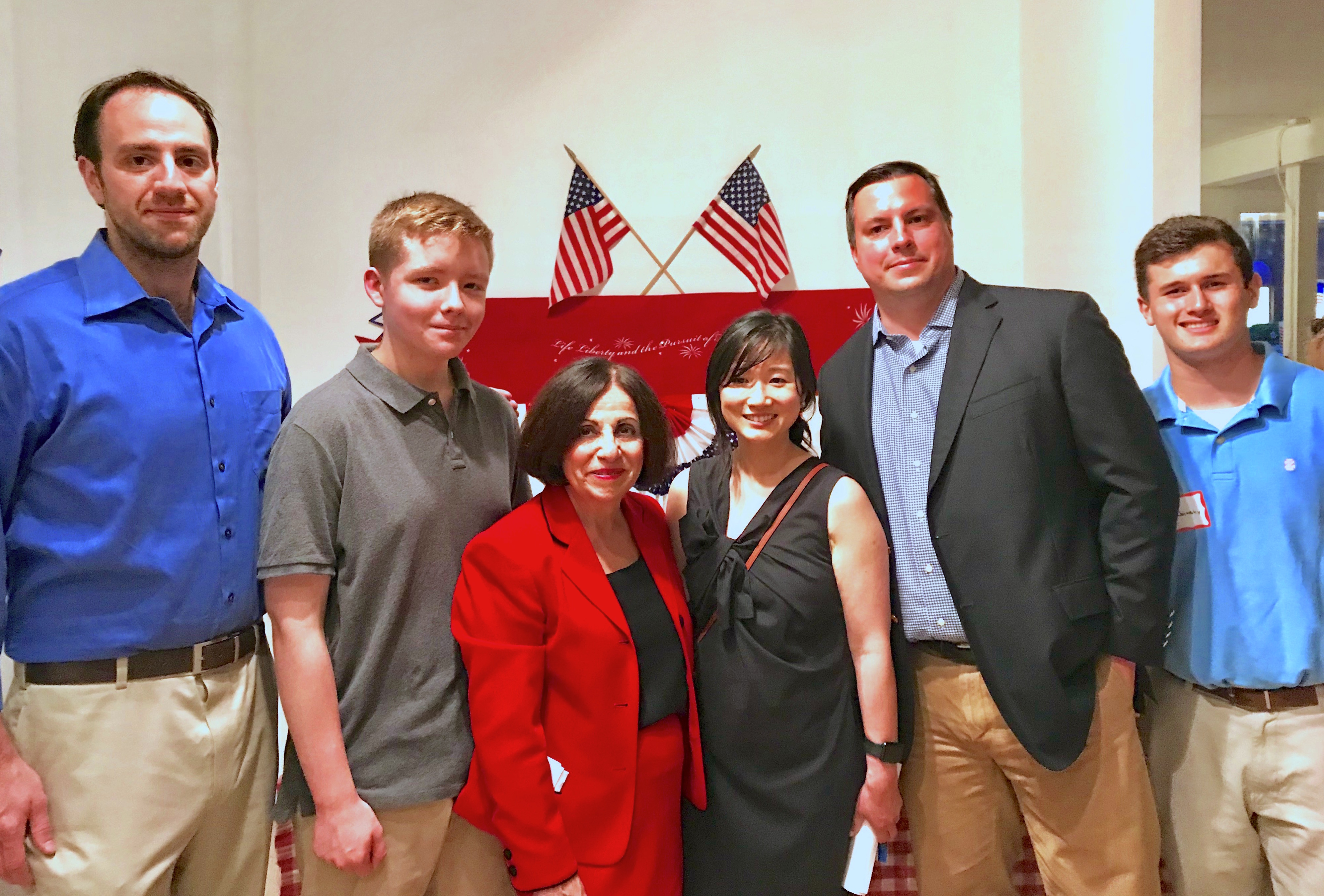 Located on the first floor of 24 Danbury Rd., the retail building next to Little Pub, the location will be the central office for Boucher’s 2018 re-election team.

Members of the Wilton Republican Town Committee (RTC) said they’re pleased that Boucher kept her campaign office local and in her hometown.

“Tonight residents of all 26th district towns showed their support for Senator Boucher. We have a packed audience and this headquarters will get busier as we approach November. Our district is lucky to have such a compassionate voice in the Senate to fight for our state from the reckless policies of an administration that have wreaked havoc on our once great state and plunged it to the bottom of every ranking for the past eight years. We are grateful that our state senator is willing to continue the fight to reverse these policies and bring back CT,” said RTC member Joe Peres, adding that volunteers are welcome to stop by the headquarters and volunteer to help.