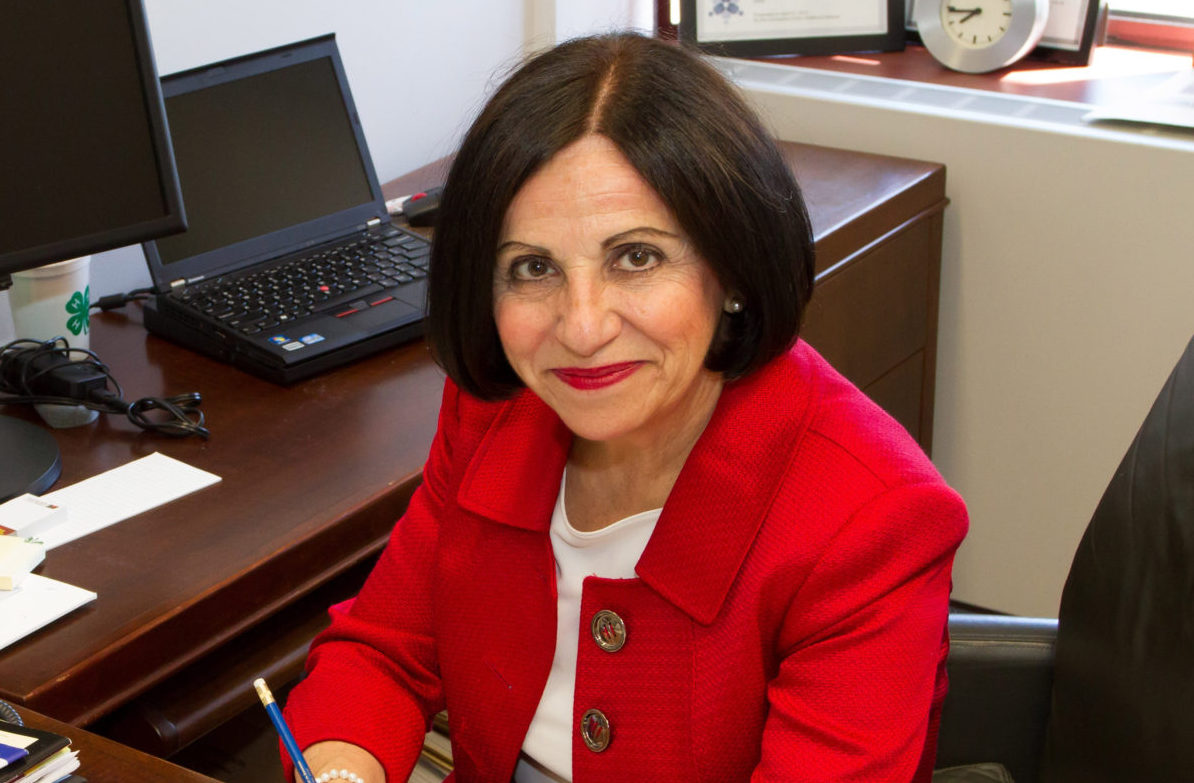 Boucher said she was motivated to create the legislation by the recent instances of swastika graffiti and damage found in Southwestern Connecticut.

During the fall of 2017, there were incidents where swastikas and anti-semitic graffiti were found in Wilton and Ridgefield schools and Ridgefield parks. Boucher represents both communities. In both towns, these incidents were not the first time similar hate crimes were committed.

“These incidents show that young people, in particular, really don’t have an understanding of what the Holocaust was and what the Nazis were trying to accomplish,” she said. “They need to learn what our Allied soldiers found when they liberated the concentration camps. They need to know that two-thirds of Jewish people in Europe were systematically exterminated.”

Boucher said she believes that if those who created the swastika graffiti knew the true history behind it, they never would have used it to deface property. That lack of knowledge makes it easier for children to fall prey to racist ideologies.

“What start as thoughts can eventually turn into action,” she said. “As a society, we have seen both the positive and negative outcomes from that. We must give our children the necessary tools guard against racism and racist ideologies.

“During middle school and high school, children are still developing who they will become. What they learn during this time shapes their perspective,” she said. “We are more than a half century removed from the events that led up to and happened during WWII. Every day we lose more of our WWII veterans, Holocaust survivors, and the witnesses to the atrocities that happened. If we are to keep the promise of “never again,” we must take the steps to make sure these events are never forgotten.”

Boucher said she believes the best way to combat the ignorance of racism is with knowledge. Knowing this important piece of history will help prevent it from happening again.

In addition to Wilton and Ridgefield, Boucher also represents the communities of Bethel, New Canaan, Redding, Weston and Westport. In 2017, Boucher also formed a committee to explore running for Governor in 2018.