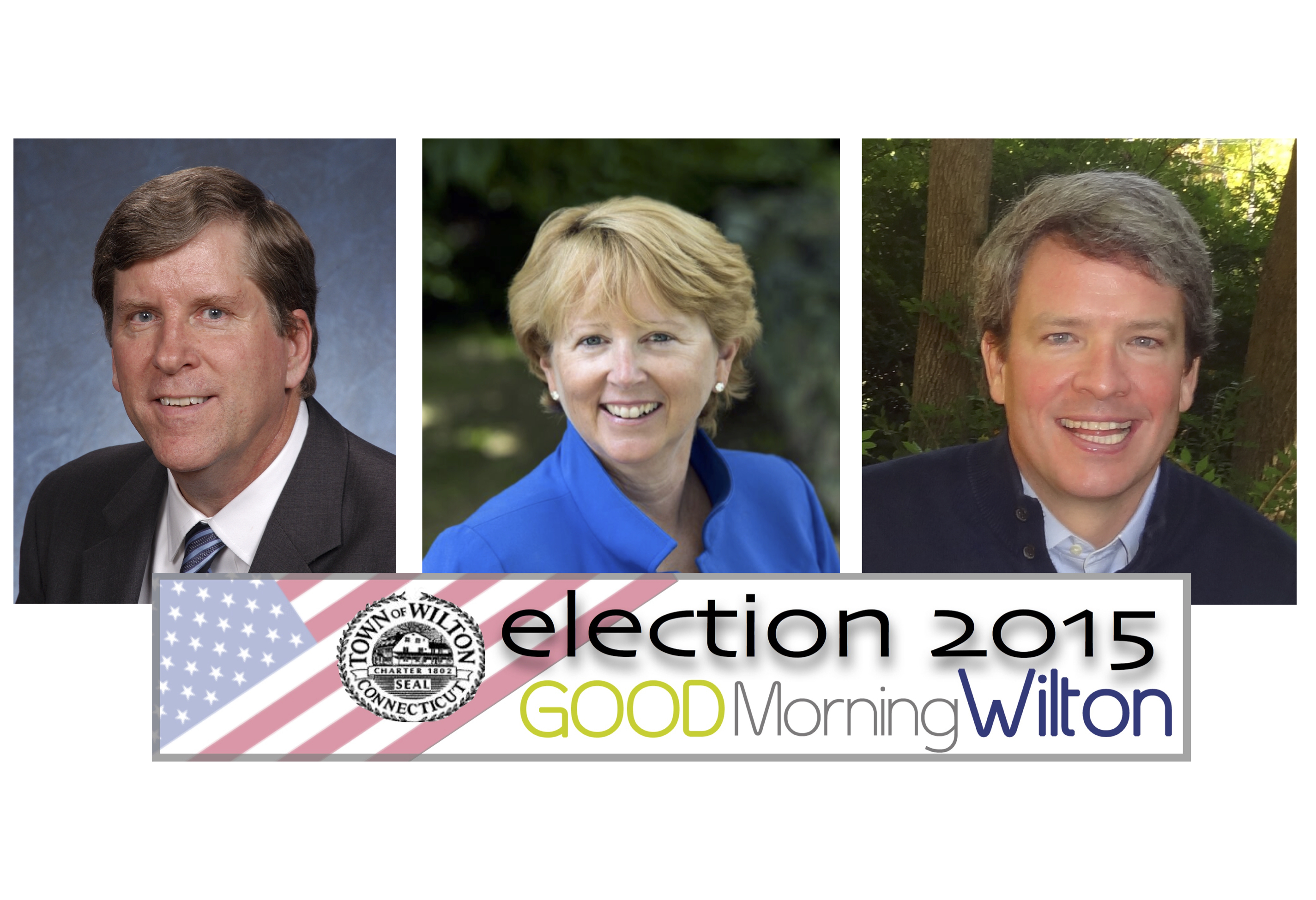 BREAKING NEWS, Nov. 3, 10:20 p.m.⎯With official Election Day results just in and confirmed by the office of the registrars of voters, Wilton’s next first selectman will be Lynne Vanderslice (R). She won the seat by a margin of 2,937 to 1,384, handily defeating Deb McFadden (D).

Michael Kaelin and Dave Clune were the two top vote getters in the Board of Selectmen race, securing the two open seats on that board. Kaelin received 2,779 votes, Clune 2,077, followed by Brian Lilly 1,307, and Gil Bray 1,177.

These two races were the only two contested races for major town positions. Results in all the races are posted below, at the end of this article.

Vanderslice texted a comment to GMW following her win. “This was a great day for Wilton. Not only did we have strong turn out at the polls, we also had an impressive display of civic engagement outside politics. A day like this reminds us why we came to Wilton in the first place.”

She’s pleased with the results on the BoS as well. “Wilton has a great team join place for the next four years. I’m grateful for the town’s confidence and am ready to get to work.”

While the party candidates marked the end of Election Day at locations around town (the Republican Town Committee celebrated at Trackside Teen Center and the Democratic Town Committee gathered at Old Town Hall), unaffiliated candidate Dave Clune savored his win at home with his wife and kids. His selection by voters was notable, given he won their confidence without the backing of major party support.

“I want to thank my wife Robin for being very supportive in this process, and my parents for helping with the work that goes into having a campaign. Running as an unaffiliated candidate, I needed the support of both affiliated and unaffiliated voters. I want to thank everyone for their support. I want to contribute to the process of shaping Wilton’s future and am pleased that I’ll be in a position to be part of that process. I’m hopeful that others will be encouraged to be involved in Wilton’s many boards, commissions and other volunteer positions,” he said.

Looking forward to working with the other four members of the BoS, Clune added, “I’ve enjoyed getting to know Deb, Gil and Brian and hope that they will continue to stay involved.”

UPDATED, Nov. 4, 11:45 a.m.⎯The Wilton Registrars of Voters updated the vote tallies Wednesday, Nov. 4. Most notably, the turnout percentage rose from 37 percent to 38.7 percent. Updated numbers are shown below with an asterisk.

There’s at least one unequivocally GOOD story to come out of today’s municipal election:  with 11,289 eligible voters, the numbers show that Wilton’s voter turnout was much higher than in recent years, with 38.7-percent* of voters (4,372* actual) showing up to cast their ballots. Considering the last municipal election in 2013 only drew a pitiful 11.5-percent turnout, that’s a vast improvement (although there was neither a contested race nor a ballot question that year, so it’s not really a fair comparison).

The last time Wilton voters were so motivated to turn out to the polls was in 2009, when 38-percent voted. Of course that was the year that not only was the Charter Revision question on the ballot but so was the question about allowing package stores in town. The last time there was a major contested race was in 2005, when Bill Brennan ran against Brian Lilly for first selectman, and 37-percent of Wilton voters came out to help decide that contest.

Board of Selectman Race