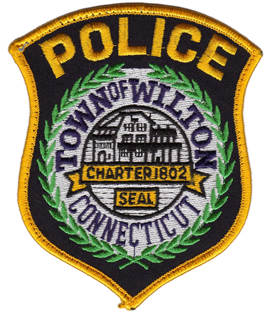 Wilton Police Department public information officer Lt. Robert Kluk provided additional details regarding an investigation overnight of a juvenile accused of making an online threat of violence against Middlebrook School. In addition, the department issued a press release announcing that officers had arrested the juvenile who is alleged to have made the threat.

The release states:  “The juvenile was arrested for threatening 1st degree, released into the custody of the parents, and is scheduled to appear in Juvenile Court in Stamford later this month.”

On Thursday, Sept. 12, 2019, at approximately 11:30 p.m. the Wilton Police Department was notified of a social media post involving a possible school threat. The post was part of a group chat in which a juvenile suggested the threat of violence directed toward Wilton’s Middlebrook School. Another student in the group chat notified his/her parents, who notified police about the threat.

“The juvenile was threatening to shoot up the school in the morning, that was pretty much the gist of it,” Kluk said.

According to the press release, “Members of the Department’s Patrol and Youth Division were able to immediately identify the juvenile that sent the post. Contact by phone was made with the juvenile’s parents at 1 am on Sept. 13, who promptly brought the juvenile to the Wilton Police Department to be interviewed. The interview of the juvenile revealed that it was not meant as an actual threat and was never meant to be carried out. The juvenile appeared remorseful and understood the consequences of his actions.”

Police then went to the residence of the juvenile to establish that there was no additional threat. Kluk said nothing else was found in the residence that would indicate the child had access or ability to carry out the threat, but declined to identify whether there were firearms or weapons at the juvenile’s home.

“There was no access for the juvenile that we found,” Kluk said.

Kluk also told GMW that the juvenile was not known to police prior to this incident. “It seemed very out of character for this juvenile,” later adding, “The juvenile was very remorseful for what he or she did, and totally understands now the consequences of these actions.”

“The safety of the schools in our Wilton community is always a priority of the Department. In light of the investigation the Department has increased their presence and visibility in the school areas,” the release states.

Kluk noted that police only received one report of the threat. The fact that only no other person or family reported the threat, says Kluk, “is kind of disturbing.”