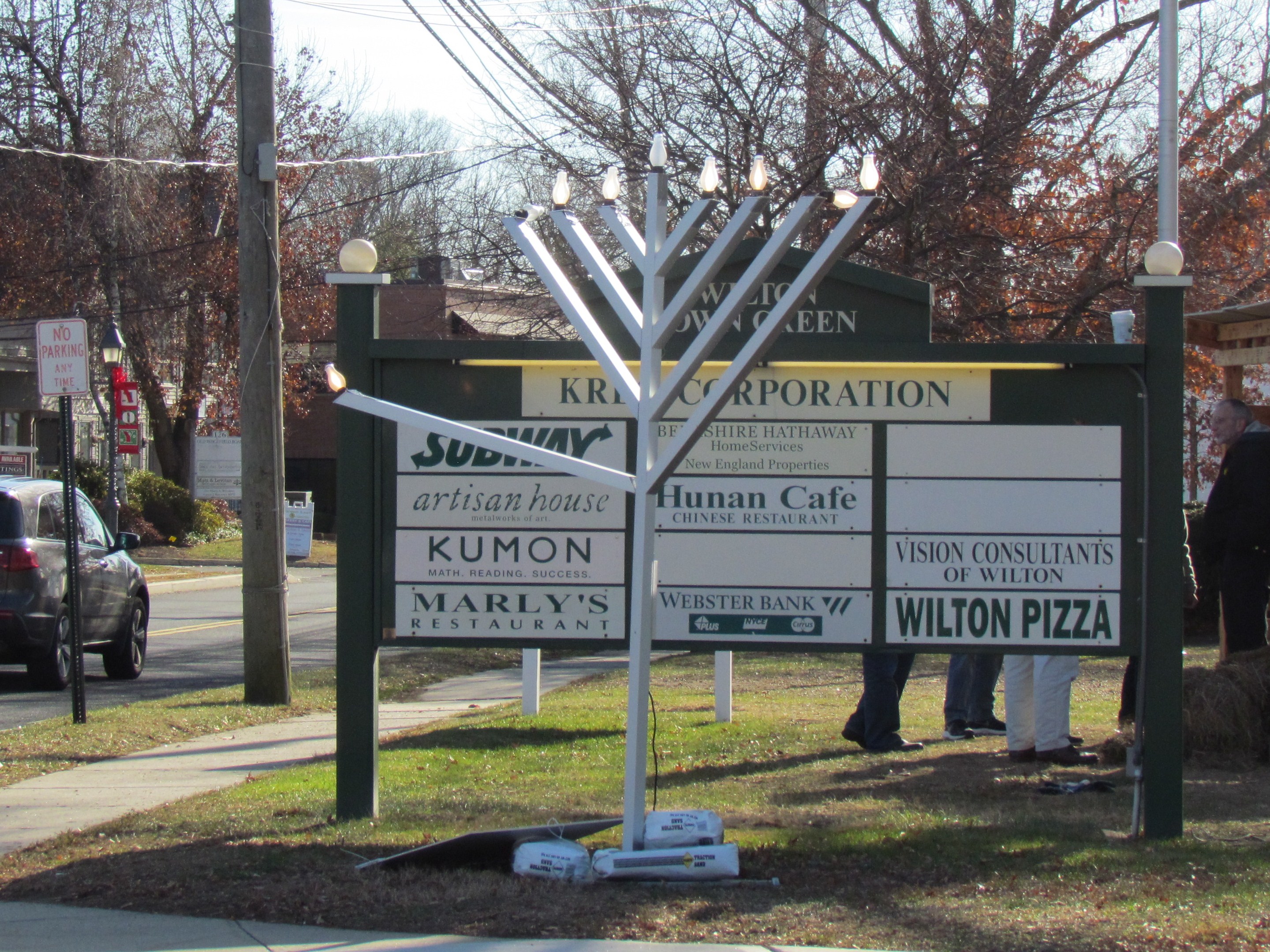 The menorah in Wilton Center has likely been vandalized. GOOD Morning Wilton reached out to the Wilton Police Department earlier on Saturday morning, which alerted the police that something had occurred.

One of the arms appears to have been broken and two of the lights were damaged.

By afternoon, Lt. Donald Wakeman, the WPD public information officer emailed back that, “The damage to the menorah has now been documented and is under investigation.  Photographs of the damage have been taken.  While it remains possible that the damage could be wind related, we are considering it criminal mischief at this time.”

Wakeman said that they will continue to investigate further to try and establish a time frame when the damage occurred. He asked that anyone who may have information regarding the damage to contact the Wilton Police Department at 203.834.6260.

The menorah is erected on Wilton’s Town Green every year by the Schneerson Center in Westport. Because it is still Shabbat, GMW.com is waiting until after sundown to try and contact the rabbi from the Center.