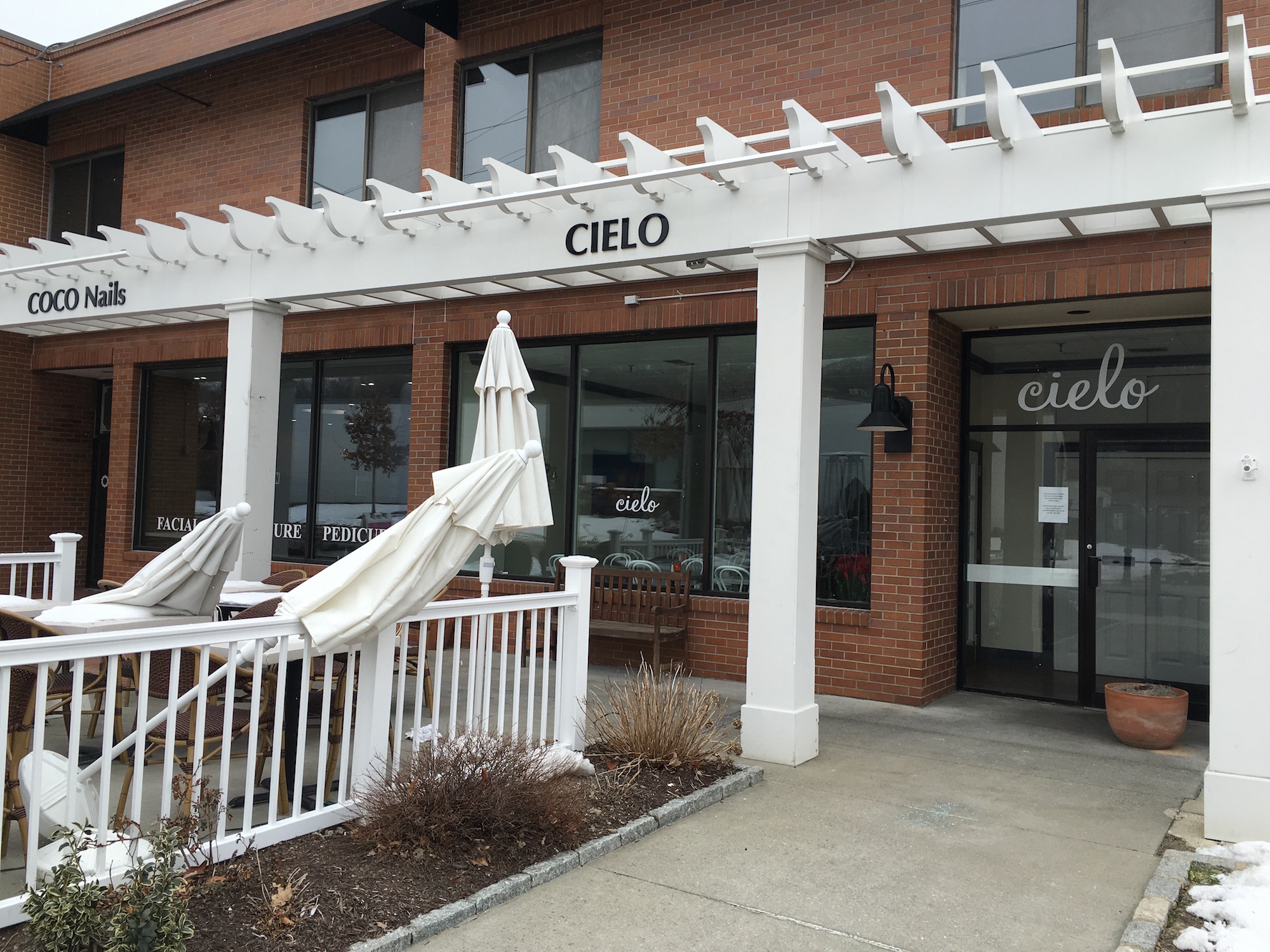 The sudden appearance of a note on the door of Cielo announcing the restaurant’s closure over the weekend took Wilton by surprise. Facebook lit up with posts about Wilton’s newest eatery suddenly shutting its doors and speculating about the reasons why it was no longer in business.

Cielo was opened just last July by owners Hakan and Emily Basaran, who had been successful with their previous restaurant, Carpé Diem in New Canaan. They had to close that restaurant despite its success when the building where it was located was torn down to make room for the town’s new post office.

As for Cielo, the note on the front door was blunt. “This restaurant is closed and will reopen under new ownership after remodeling.” It also directed anyone with questions to call the building’s owner, Lee Wilson of Wilson Properties.

“It was not a matter of patronage or the quality of the food, or anything of that nature. He got a very favorable rating from The New York Times two weeks ago,” Wilson says. Instead, he suggests, it was more likely what he called “behind-the-scenes financial issues” as a reason for the closure.

GOOD Morning Wilton reached out to Emily Basaran, to find out directly from the couple what happened.

“The main reason is Hakan belongs in Manhattan, which is where he was for 15 years. He grew up in Istanbul, lived in London, lived in New York City and has never lived in a suburb. While he likes living in New Canaan, he needs a little of the city. And he has a great opportunity there,” she says.

“[The restaurant workload] was getting to him. He was like, ‘I never see my kids.’ He’ll still be busy working in Manhattan, and time will be tight with the kids, but at least he’ll be in a place where he’s happy and feels like he fits in.

That’s not to say he didn’t love having Cielo in Wilton.

“He loved being in Wilton, even more than being in New Canaan,” says Emily. “People in Wilton were so nice, so welcoming. People couldn’t have been nicer.”

But the unpredictability of owning a restaurant, especially after so many years in the business, was stressful.

“This is our fourth place, and what goes on in owning a restaurant is not as glamorous as the dream of what it is. Especially with two kids, and a third on the way, you end up feeling, you feel like you’re working for everyone else. When you sit down and look at the numbers, it’s not worth the grind. He’s never home and it’s hard to make enough money to make it worth it,” Emily says.

The financial stress related to owning a restaurant can be tough, especially in the winter, she adds.

“If you don’t have the cushion to get through these winter months, it’s killer. We did the numbers and knowing what we know about what happens in year two in a restaurant, it always goes down. It was going to become a leak that needed to be plugged and we didn’t want to get into that situation where it was too late.”

What’s Next for Everyone

As for what restaurant concept will take Cielo’s place, Wilson said he was “not at liberty to say yet,” but what he could say was, “There is some well-qualified interest that’s been expected and there’s been an offer submitted and it’s in negotiation.”

Emily says the restaurant is being sold “as is,” which is a positive when it comes to marketing the business for resale.

The entire building is almost fully occupied, with Coco Nails next door and in place (despite Facebook rumors to the contrary), as well as the incoming Tusk & Cup café, which is hoping to open sometime this spring. Wilson is encouraged by the mix of tenants both in the storefronts on the first floor and the offices on the second floor.

“It’s coming along nicely. We’ve leased the whole second floor with quality tenants, and if everything that’s in the works is completed, we now have one space on the ground floor,” he says, referring to the space previously occupied by Vintage Fine Wines until it closed in December 2014. For the time being, Wilson has located his on-site office there. “I’m here temporarily until we lease this,” he adds.

As for Hakan, Emily says he’s already at work in the city, attached to a Manhattan-based project.

“He was offered a really great opportunity and it was like, how could we trudge along and hoping for the best, when he was presented with a really great opportunity in the city. He had to make a decision and make it fast–they came to him and were like, ‘Can you come in, basically tomorrow.’  He’s alive when he comes back from the city, it’s more ‘him.’ He needs it, and we need it for him.”