Home Community Coffee and Questions on Judaism, Islam and Christianity 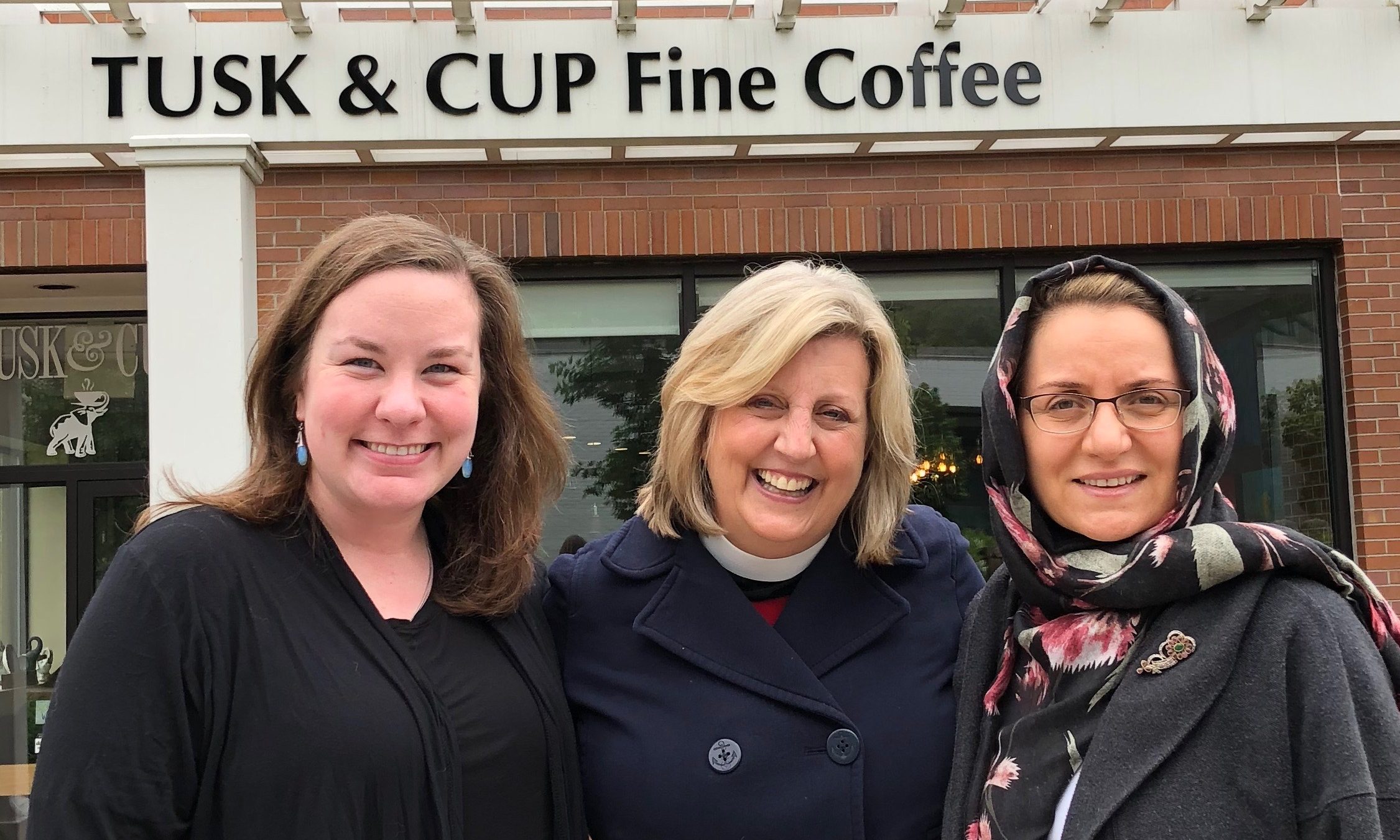 A Reverend, Rabbi and a Muslim walk into a Coffee Shop…

It may sound like the start of a joke, but it’s actually the start of a conversation that’s meant to encourage understanding and bridge differences within the Wilton community. Three women–Rabbi Rachel Bearman of Temple B’nai Chaim in Georgetown; Reverend Shannon White of the Wilton Presbyterian Church; and Dr. Golnar Raissi who is Muslim–are inviting members of the Wilton community to join them this Saturday, June 2 at 2-3 p.m. at Tusk & Cup for a chance to get to learn a little bit about their neighbors of different faiths.

They are offering attendees to ask questions–any questions–about Judaism, Christianity and Islam. They’re calling the program, “Taking the Risk Out of Curiosity:  Real Questions in a Polarized World,” and hope to reach people who are curious but have felt uncomfortable asking questions about the “other” religions for any number of reasons.

Bearman says the idea grew out of a shared feeling the three women have had–they have sensed a general increase in cultural polarization, and have witnessed recent hurtful and painful interactions, both online and in person.

White points to a specific incident on a Wilton Facebook page that prompted her to initiate the idea of holding this open forum. Someone posted a derogatory, anti-Muslim video and it was both upsetting and thought-provoking. What struck her most is how she responded to the post–and she wondered what she could have done differently.

“I responded to the post and said it was ‘racist,’ that the comments made in the video did not reflect what I know as the beliefs of mainstream Islam. I asked the administrator to determine if it fell within the guidelines of the site which does not allow racist or pornographic posts. The thread was removed within a day. Then I had a chance to reflect. I didn’t like that I reacted with sweeping comments without talking with the person who had posted the thread. So, this is an opportunity to engage not only with that person, but also with others who may have similar questions in a more human way. Understanding occurs and barriers can be crossed when people interact with other people through face to face relationship. I am grateful my colleagues are joining me in this venture,” she says.

The three religious leaders understand that religion is such a personal topic, many people err on the side of being “polite” rather than ask questions of someone of a different faith about their beliefs. The fear of being judged as “ignorant” or “prejudiced” may be another roadblock to better communication between people.

“We are very intentionally saying that all questions are welcome and that people shouldn’t worry about whether a question is ‘out of bounds.’ We are very much looking forward to delving into any and all topics that people wonder about,” Bearman says.

Getting answers means more knowledge and better understanding between diverse people. Without it, they say, comes intolerance, fear and conflict. Raissi tells the story of an experience she had a few years ago during a cooking class.

“A lady confronted me and asked whether my headscarf was for religious purposes or as a fashion statement. I responded that it was for religious purposes. She then stated that she did not feel comfortable having me stand next to her and asked what I was ‘hiding’ under my jacket. After I showed her the inside of my jacket, she explained how she still did not trust me. This hurtful experience demonstrates how inaccurate knowledge of other religions can create hostile boundaries among us,” she recounts.

Their shared goal for Saturday’s conversation and coffee is that people will come with open minds and hearts, and welcome the chance to learn more about their neighbors.

“Curiosity is a beautiful thing and rather than fearing or judging what we don’t understand, we should embrace opportunities to ask and answer questions. Our religions share texts and traditions, but we will be the first to say that they are remarkably different. This diversity makes us stronger! After all, conversations are much more interesting if each participant brings something different to the table!” Bearman says.

And having the conversation in a relaxed, social setting will hopefully make anyone with questions to feel more comfortable asking them.

“We believe that conversations in a safe environment promotes awareness of other religions practiced within the community from the right sources. Getting to know more about other religions encourages respect, understanding and love,” Raissi says.