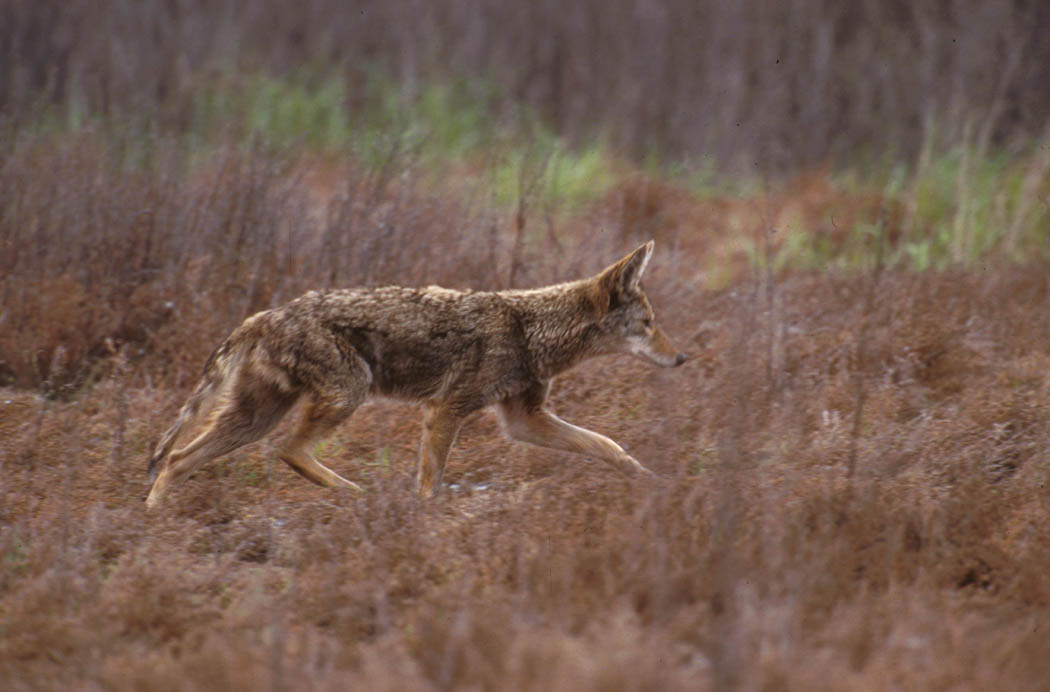 It was, unfortunately, not the first time this type of conversation had come up in town. On Facebook, someone was putting out the word about a lost dog. Several posts followed with offers to search the neighborhood, requests for a better description, and empathetic wishes of good luck. In the end, sadly, the pet was found and presumed to have been killed by a coyote.

Subsequent posts and conversational anecdotes mention increased coyote sightings, incidences of coyotes traveling in packs, and one story of a deer found on someone’s property which they believed had been “taken down” by a group of coyotes. The subject of bobcats then arose, bringing more tales of sightings and packs.

The question became clear: What the heck is going on out there?

That same reasoning seems to apply on a state level as well.

“Coyotes have been around a long time and are very common across the state,” says Paul Rego from the state Department of Environmental Protection’s Wildlife Services. “It’s hard to believe their numbers have increased.”

As far as pack sightings and organized attacks on other animals such as deer, Sesto says that all is not what it may seem.

“People talk about packs, but a pack is a family unit,” she says. “As for taking down a deer, coyotes are not big on that. More than likely they will go after a deer that has been nicked by a car or otherwise made vulnerable.”

Sesto also says that though coyotes are often the first suspect of those who have lost a small dog or cat during the night, the culprit could also be an owl or hawk, both of whom also hunt between dusk and dawn.

It would seem bobcats are becoming another common sight, with Wiltonites reporting everything from one being spotted on their property to several traveling in a group. Photos taken at Millstone Farm and posted on their Facebook page just last week show one such four-legged visitor, with a mention that there have been several bobcat sightings around dawn or dusk in recent weeks. Also pointed out was a significant reduction in the rabbit population around the farm during the same period:

“Bobcats are solo animals, usually just seen passing through,” Sesto says. “There are not as many close encounters.”

But what if you do come across a coyote or bobcat on your property? Sesto says your best move is to scare the animal off by being animated and loud. Yell, clap, spray them with a hose, throw a stick at them; anything to get them to move away. It may seem counterintuitive if you are afraid of them – or if you are an animal lover – but keeping these wild animals at a distance from humans as much as possible helps both sides of the equation.

“You are actually doing them a favor by making them uncomfortable,” Sesto says, explaining that a healthy fear of humans will keep the animals out of trouble as much as it will make residents more at ease.

As for preventative measures, Sesto says it is always best to minimize possible food sources that may draw in wild animals, such as compost piles, bird feeders, garbage cans, gardens that attract rabbits and other rodents, dog bowls, and certainly any food left out for them intentionally. Though small pets should be monitored outside during the hours between dusk and dawn, these measures can create a less inviting atmosphere for these natural predators.