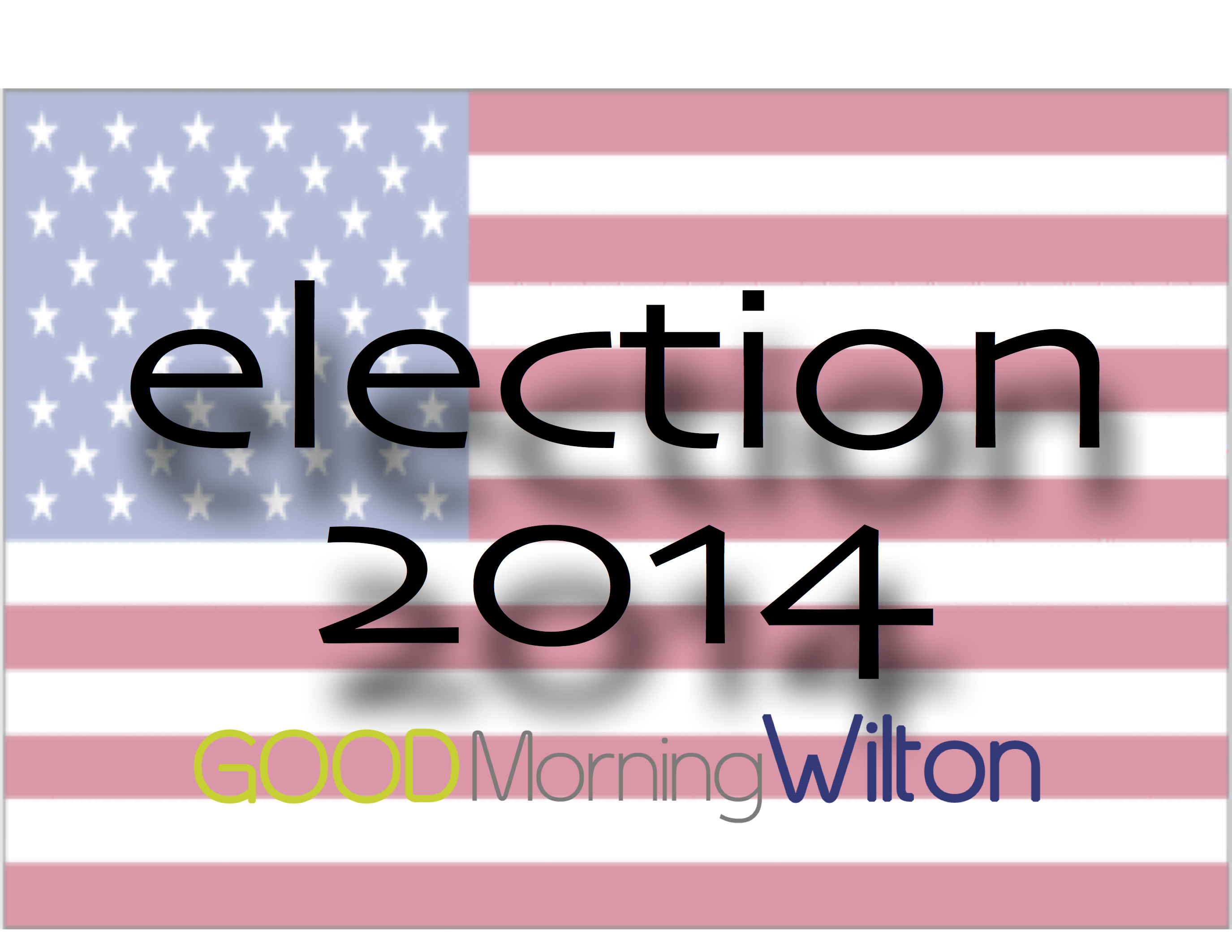 Several endorsements have been announced by candidates running for election to represent Wilton residents. This information has been compiled from press releases sent by the campaigns. The endorsements include:

One of the state’s largest labor unions with 65,000 members, the Service Employees International Union (SEIU) threw its support behind Democratic challenger for state representative Keith Rodgerson’s election bid in the 143rd district representing.

Paul Filson, SEIU Director stated, “Rep. Gail Lavielle’s activism on behalf of WalMart as their former spokesperson was noted nationally for its aggressive tone towards small businesses. … NFIB and other Koch-affiliated organizations has placed her completely out-of touch with the needs of her residents and the Connecticut economy. Rodgerson has deep roots in Connecticut and will be a trusted advocate for its residents and businesses.”

In accepting the SEIU’s endorsement, Rodgerson, a Wilton economic development commissioner and certified economic development finance professional, said, “I am humbled by this endorsement and do not take lightly the importance of our service and healthcare workers. They are on the front lines against the spread of Ebola, school safety, and play a critical role in the care of our seniors.”

Filson also added, “Rodgerson knows firsthand how to create good jobs here in Connecticut so that workers can support their families, young people can get a good start in life, and everyone can have a shot at the American dream. Keith is a fourth generation Connecticut resident who knows that health care, elder care and other vital services in this state must be available for all our families.”

This endorsement adds to an already diverse amount of support for Rodgerson’s candidacy, from various constituencies including teachers, social workers, health care workers, public employees, and property services employees. Rodgerson addressed this, saying, “It is very gratifying to get support from so many different areas of our economy. This illustrates why I’m running for office in the first place:  in her four years in Hartford, our current representative hasn’t been as successful as she says she’s been. When you introduce over 100 bills to the General Assembly and have none pass in four years, that results in a liability for our district. As somebody who would come to Hartford with a fresh perspective, I can be a better advocate for Norwalk, Westport, and Wilton.”

The CPFU represents about 850 police officers, firefighters, and other public safety professionals employed by the State of Connecticut. They hail from virtually every community and district in the state.

In a letter issued by Glenn Terlecki, CPFU president, and William J. Boucher, CPFU secretary, they stated on behalf of the union, “We would like to take this opportunity to thank you for your commitment and dedication to public service. We feel that the citizens of the State of Connecticut, and our members, will benefit greatly from your work as a State legislator.”

In response to the endorsement, Bedell said, “I’m honored to receive the support of the Connecticut Police & Fire Union. If elected, I hope to strengthen laws protecting state employees and all working people and their families.”

Specifically, Bedell believes public safety officers deserve the security of a defined benefit retirement plan, as well as access to affordable higher education for themselves and their children.

Bedell is a Justice of the Peace in New Canaan, an instructor at Norwalk Community College and Sacred Heart University, and a former treasurer of the Green Party of Connecticut.

During its semi-annual meeting at the Lockwood-Mathews Mansion in Norwalk, the organization’s president, Robin Gail Oshman, M.D., Ph.D., presented Lavielle – one of only seven lawmakers recognized – with a certificate stating the legislator’s “courage and diligence in preserving the integrity of the practice of medicine and protecting the freedom of physicians in Connecticut to attend to the medical needs of their patients.”

Oshman recognized Lavielle’s leadership, especially during the 2014 legislative session, which concluded in May:  “Rep. Gail Lavielle has always recognized the importance of issues affecting doctors and their patients. We support her continued efforts to help all of the people of the State of Connecticut.”

“It is an honor to be recognized by this prestigious organization of health care professionals and medical practitioners,” Lavielle said. “The physicians and medical professionals who belong to FCMA are leaders in our communities and they are the individuals who ensure those communities remain healthy. Many patients in Connecticut do not have local access to the care they need, and many doctors who run their own practices, which are also small businesses, are finding it increasingly difficult to attract new colleagues to their practices and even to keep their practices financially solvent. We need to do everything we can to address these issues.”

Lavielle represents the towns of Wilton, Norwalk, and Westport. She is Ranking Member of the General Assembly’s Commerce Committee, and a member of the Appropriations, Education, and Higher Education Committees.

“As a state representative, I was privileged to represent part of Wilton while Gail Lavielle covered the rest. I therefore had a chance to see how she responds to the community as well as to see her in action on the House floor. She is first-rate in both respects,” Hetherington said.

Hetherington continued, “Smart, Gail quickly understood the workings of the legislature. Sophisticated, Gail readily grasped how things really get done. She saw immediately that legislation virtually never survives as introduced, and that a subtle language change in committee or in caucus screening can make all the difference for a community. She quickly built the reputation for reasonableness and the bipartisan relationships that are necessary for moving legislation forward and achieving results for constituents.

“It is worth noting that early in her legislative service, Representative Lavielle’s work earned her appointments to leadership roles as ranking member of the Commerce Committee and of the Appropriations Subcommittee on Transportation. She has also been appointed to serve as a member of the key Appropriations, Education, and Higher Education Committees.

“Distinctly cosmopolitan, Gail sees issues in a broad context. At the same time, she understands immediately the importance of every local issue and constituent concern.

“Gail is especially well suited to her office both by personal strengths and recognized achievements. Her balanced approach to issues is reflected in her endorsement by both business and environmental groups, as well as the CT Association of Retired Teachers and the Commuter Action Group.

“Gail understands what representative government means and frequently seeks out her constituents to be sure she learns about their most pressing concerns,” Hetherington continued. “Few people could understand and represent as well as Gail the issues of the City of Norwalk and the two towns of Wilton and Westport. I am proud to endorse Gail Lavielle for reelection as state representative.”

Hetherington served as the state representative for the 125th House district (New Canaan and Wilton) from 2003 through 2012.

In a statement, Walker said, “I have a hard earned reputation as a truth teller, problem solver, and change agent. The truth is, Connecticut is in serious trouble, we must change course to create a better future. Toni Boucher is committed to constrain and reprioritize state spending and to engage in comprehensive tax and regulatory reform. She has also committed to address the serious transportation and infrastructure challenges we face. Sen. Boucher has the energy and ability to help make a comeback in Connecticut a reality.”

Walker is one of the nation’s leading fiscal responsibility and government transformation experts. He has over 40 years of professional and leadership experience in government, as well as the private and non-profit sectors, including serving almost 10-years as U.S. Comptroller General and head of the U.S. Government Accountability Office (GAO).

He has successfully led and transformed organizations in all three sectors of the economy, including three federal government agencies and a global consulting service line. He has received Presidential appointments from three presidents of both major parties (Reagan, Bush (41) and Clinton), and was confirmed unanimously by the U.S. Senate all three times.

In receiving the endorsement, Boucher remarked, “I am truly honored to receive this expression of support from such a distinguished patriot, leader and public servant as David Walker. He is person who’s earned the respect of all who’ve come in contact with him, including three President of the United States. As a former U.S. Comptroller General and acknowledged turnaround specialist, David understands the challenges facing Connecticut and knows that I am 100-percent committed to fight for legislation that will cut taxes, reduce borrowing and allow our businesses and families to thrive and prosper.”

“Keith Rodgerson has been an outstanding advocate for the issues that matter most to Fairfield County and I am proud to endorse him for state representative,” Himes said. “Keith has a proven commitment to public service and a deep knowledge of the economic development and transportation issues that are critical to our region’s prosperity. He has the experience, leadership and independent approach we need in Hartford.”

Rodgerson said, “I’m honored to receive Congressman Himes’ endorsement. I look forward continuing to work constructively in Fairfield County with Jim to help solve our transit woes, grow our economy, and keep in place common sense laws that protect our children. I’m running because our elected officials need to put local interests first, and as a life-long resident of Southwestern Connecticut, I will do just that.”

Rodgerson is the director of the Neighborhood District Economic Development Corporation, a technical assistance and planning consultancy to small business clusters and manufacturers. He has been active in many local, state and national organizations, including the National Development Council, the Community Capital Fund, and the Coastal Fairfield County Consortium. He resides with his wife and son in the Georgetown section of Wilton.