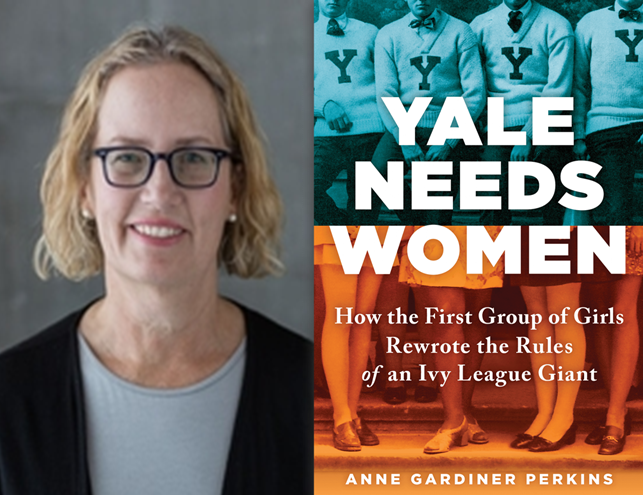 The year 2019 marks the 50th anniversary of Yale University first admitting women students. In the summer of 1969, young women across the country sent in applications to Yale University for the first time. The Ivy League institution dedicated to graduating ‘1,000 male leaders’ each year had finally decided to open its doors to the nation’s top female students.

The landmark decision was a huge step forward for women’s equality in education. However, this first class of women found themselves immersed in an overwhelmingly male culture they were unprepared to face. Yale Needs Women, an unflinching account of a group of young women striving for change, is an inspiring story of strength, resilience, and courage that continues to resonate today.

Anne Gardiner Perkins attended Yale University, where she earned her BA in history and was the first woman editor-in-chief of the Yale Daily News. She is also a Rhodes Scholar and completed a BA in modern history at Balliol College, Oxford University. She has spent her life in education, from urban high school teacher to state-level policy maker. She received her Ph.D. in higher education at UMass Boston and has presented papers on higher education at leading conferences. A Q&A will follow the talk. Books will be available for purchase and signing.

Is this event
Free, Not For Profit
Name
Wilton Library
Email
publicity@wiltonlibrary.org
Phone
2037626334