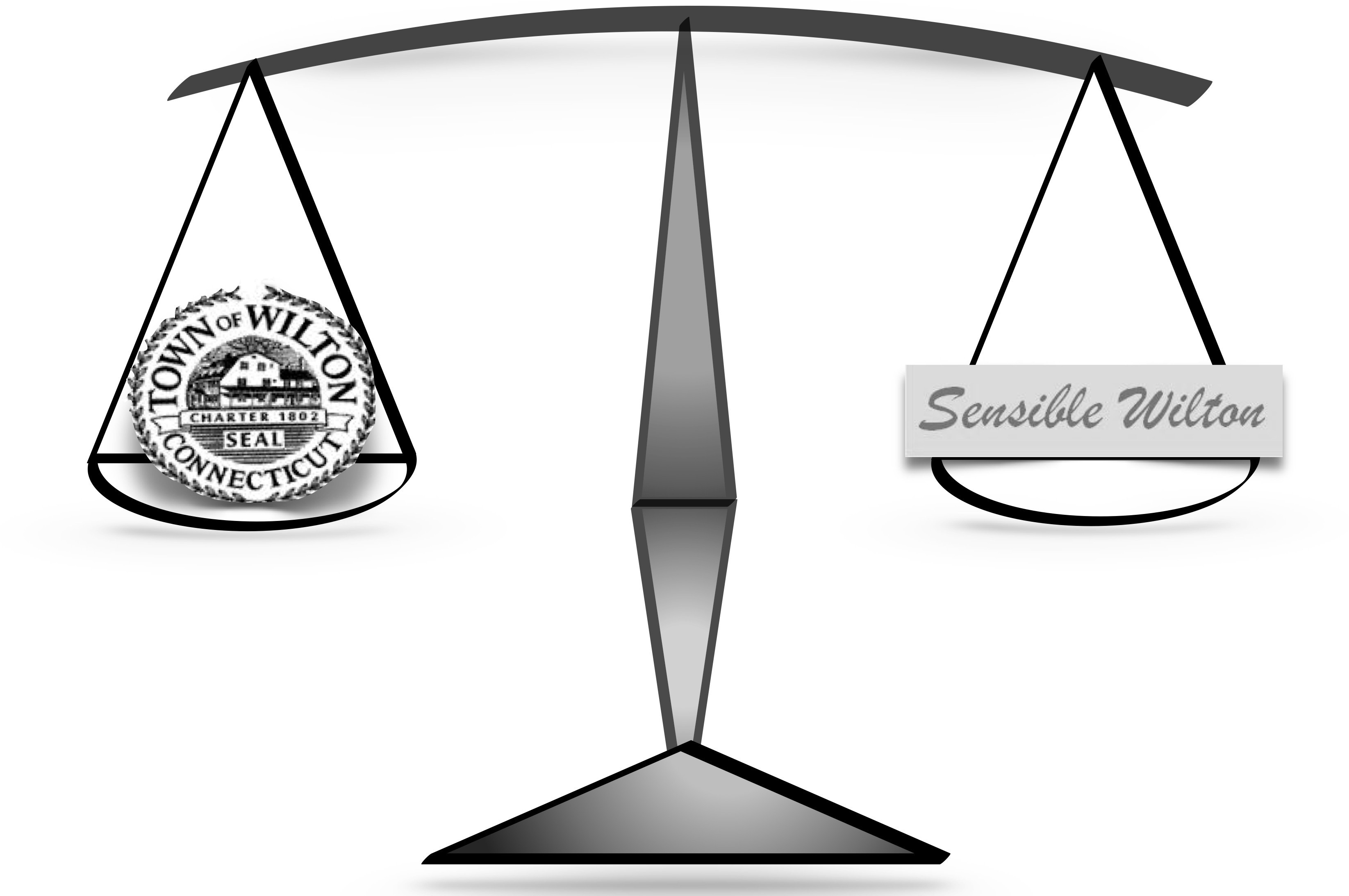 In a 3-page announcement published on its website Saturday, Jan. 30, the group that calls itself ‘Sensible Wilton‘ announced it has withdrawn its lawsuit against the town of Wilton and the Board of Selectmen. The group cited two reasons for its decision:  “ongoing dialogue with Town of Wilton elected officials, and… several recent and soon-to-be implemented changes by Town leaders.”

GOOD Morning Wilton broke the news of the lawsuit being withdrawn on Saturday morning. GMW has also learned that Sensible Wilton members met with first selectman Lynne Vanderslice prior to their suit withdrawal.

It the statement, Sensible Wilton states its goals have “always been far broader” than simply forcing town officials to call another Special Town Meeting to vote on repealing the $50 million bonded Miller-Driscoll building renovation project, which was the aim of the lawsuit. While the statement acknowledges an effort by “newly elected officials” who were committed “to changing the way Wilton is governed,” Sensible Wilton’s leaders take credit for prompting many of the developments Wilton has seen in municipal government and town operations within the past six months:

“…a significant number of reforms have occurred in direct response to specific requests made by Sensible Wilton’s leaders during ongoing efforts by both sides to resolve the pending litigation.”

Some of the reforms mentioned by Sensible Wilton were:

[A full list of reforms and the complete, 3-page statement can be found here.]

Two other areas where Sensible Wilton points to as achievements are regarding the way the more than $5 million in current project savings will be managed by the town; and that town boards are taking a closer look at school enrollment projections. “Declining enrollment, a topic that may never have taken such a prominent role in the public discourse but for Sensible Wilton’s dogged efforts to raise awareness of its importance and relevance to the project, is now playing a much more significant role in the Town’s policymaking on several levels.”

Lynne Vanderslice, Wilton’s first selectman, released a statement:  “The Board of Selectmen is pleased Sensible Wilton has withdrawn their lawsuit. We are focused on moving forward.”

Per the statement, Sensible Wilton members say this does not mean they feel their work has been completed. Not only do they intend to continue keeping an eye on the Miller-Driscoll project but say they will also be active through the coming budget cycle and other issues town issues, always pursuing its “goals of transparency and fiscal responsibility.”

“Sensible Wilton is not going away. Our greatest achievements have been increasing the number of residents involved in Town matters and providing a voice for residents whose concerns have routinely been discounted and dismissed.”

However “discounted and dismissed” those residents may have felt in the past, the statement ends with a note of appreciation for the “tone set by the current administration,” and says the group “looks forward to continuing a cooperative relationship now that the lawsuit has been resolved.”

They also seem ever emboldened in their position, saying while they look forward to that cooperative relationship with town officials, they do so, “…while zealously guarding our independent, non-partisan watchdog status and role in the Town’s affairs.”