Home Community From Wilton to Wall Street to Madagascar 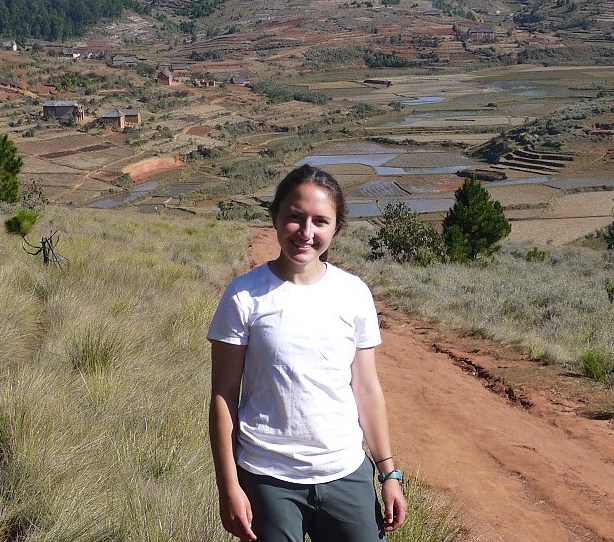 There aren’t many people who graduate from Wilton High School in 2007 and from Yale University in 2011 with degrees in economics and environmental engineering, then go on to work in commodities in New York City–and quit to volunteer in Madagascar.

Kate Macauley did exactly that this past spring, and will be talking about her recent 3-month experience working in Madagascar with the World Wildlife Fund (WWF), a leading international conservation organization. She is a featured presenter at the Wilton Library on August 26 at 7 p.m.

Living outside of Fandriana, Madagascar, in the central eastern part of the country, Kate worked on combating deforestation in rural villages near the rainforest corridor. Her group of six volunteers worked with the WWF Fandriana office to help local communities come up with ways to generate revenue without destroying the forest.  Historically, communities in the region practiced slash and burn agriculture–they cut down forests for fertile soil, planted rice and vegetables for several years and then migrated to a new section of the forest.  Slash and burn agriculture is now illegal, forcing small, poor villages to change their traditional methods of revenue generation.
There is no charge for this program but registration is requested in advance.  For more information, call 203-762-3950, ext. 213.