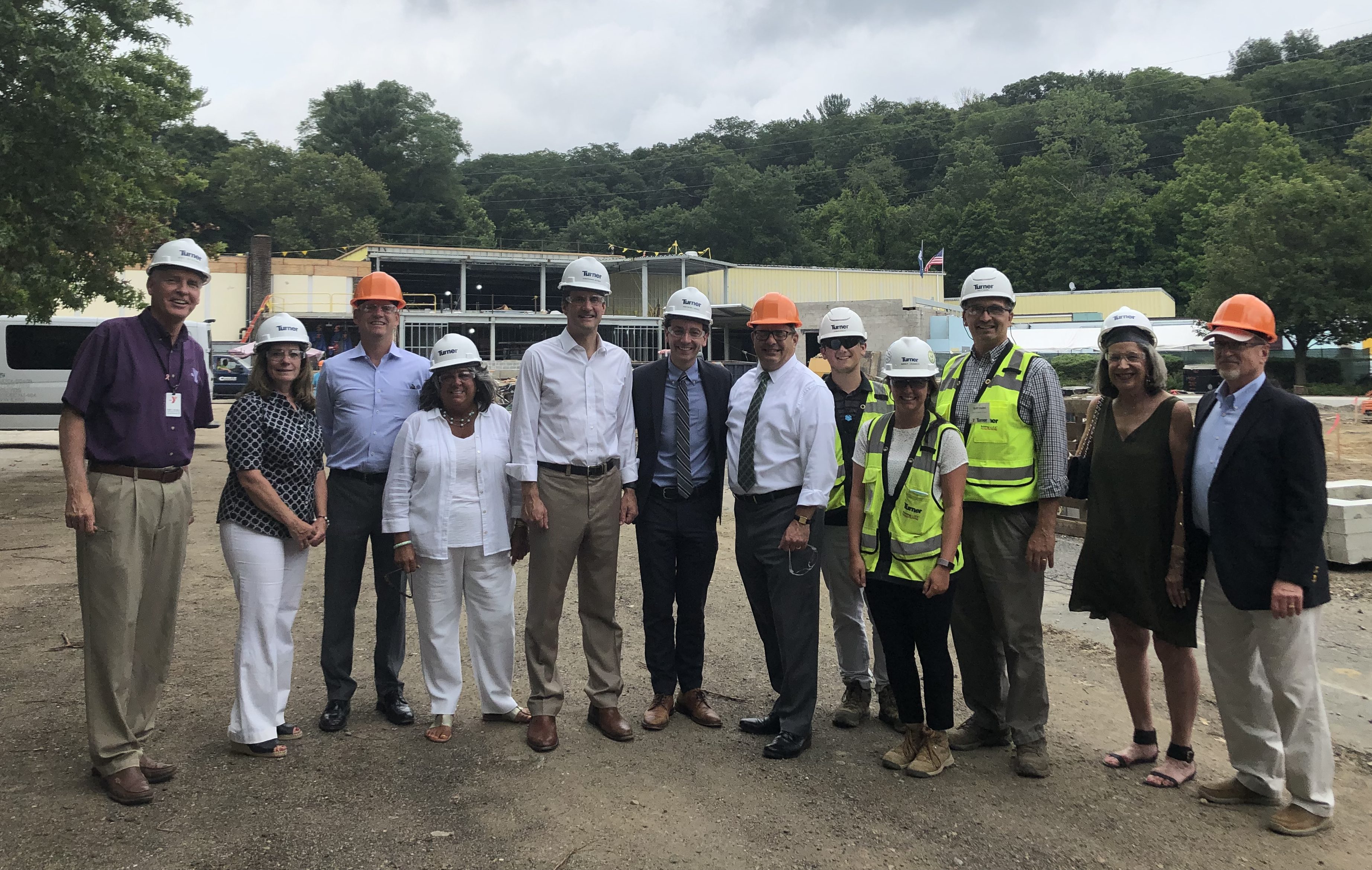 US Congressman Jim Himes and State Senator Will Haskell visited the Wilton Family YMCA to tour the construction progress of the facility’s $15 million ‘Building New Stories’ renovation. With hard hats and safety goggles, Himes and Haskell learned first-hand about the investments being made to the Y facility and the impact it will have in the communities the Y serves.

During the visit, Bob McDowell, CEO of the Riverbrook Regional YMCA and board members briefed Himes and Haskell on the history of the renovation, which started in February and has seen substantial progress over the last few months including:  a structural steel frame that is substantially complete, with a new second floor added on for the expanded fitness center; completed framing of the new modernized locker rooms and universal locker rooms; mechanical rough-in (plumbing, sprinklers, electrical, HVAC) installed in locker rooms; initial work on a new kids’ club area; new drop off zone defined and formed; beginning upgrades in parking lot; and a new entrance that has begun to take shape with steel framing.

The YMCA has raised $6.8 million towards its $7.5 million fundraising goal. Riverbrook officials explained to the two legislators that all fundraising dollars have come from private individuals, and that the Y receives no state or town funding either to operate or for capital projects.

“We’re excited about the construction progress thus far and wanted to share our excitement with Congressman Himes and State Senator Haskell as we look towards expanding our impact on strengthening the well-being and health of our community,” McDowell says, adding, “We look forward to inviting them back to participate in the ribbon cutting in the fall of 2019.”