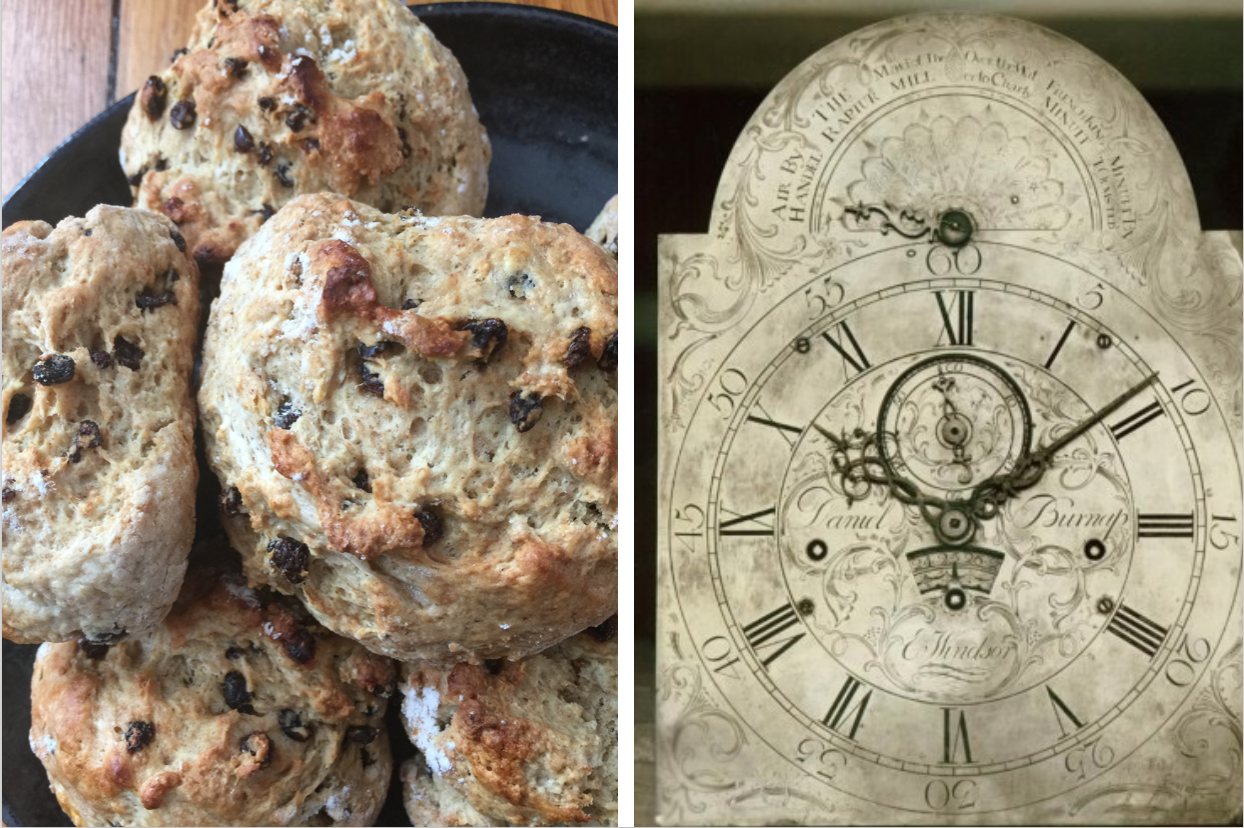 From the sundial to the water clock, the hourglass to the pocket watch, the measurement of time has always been a pressing concern of humankind. Connecticut played a significant role in the spread of clocks throughout the United States. According to Hartford Courant, “Clock-making really took off in the early 1800s when Eli Terry, the first person to successfully introduce mass production with interchangeable parts, started producing grandfather clock movements out of wood.”

The Wilton Historical Society’s Clock-Making Workshop for Kids will take place on this Saturday, March 10 from 11 a.m.-12:30 p.m.. Museum educator Lola Chen will discuss Eli Terry and clock-making in Connecticut, and the children will be able to see some fine examples of Connecticut clocks in the museum collection. Participants will then make a decorated clock case with drop-in clock mechanism.

Marking St. Patrick’s Day, the Wilton Historical Society will present a workshop for children to make Irish Soda Bread. Soda bread was introduced in the early 1800s in England; it rapidly became popular in Ireland, and then in America. According to the Society for the Preservation of Soda Bread, “All recipes for traditional soda bread contain flour, baking soda, sour milk (buttermilk) and salt. That’s it!!!”

That recipe makes a plain daily bread. During this workshop, museum educator Lola Chen will be showing the children how to make a more festive version, which includes raisins and butter, in individual loaves. She will also be talking about the cross on soda bread which has several explanations. Legend has it that folks did it to “let the devil out” while the bread bakes for good luck, and others say that it made it easy to divide into 4 pieces. It was also a symbol for a cross during Christian holidays.