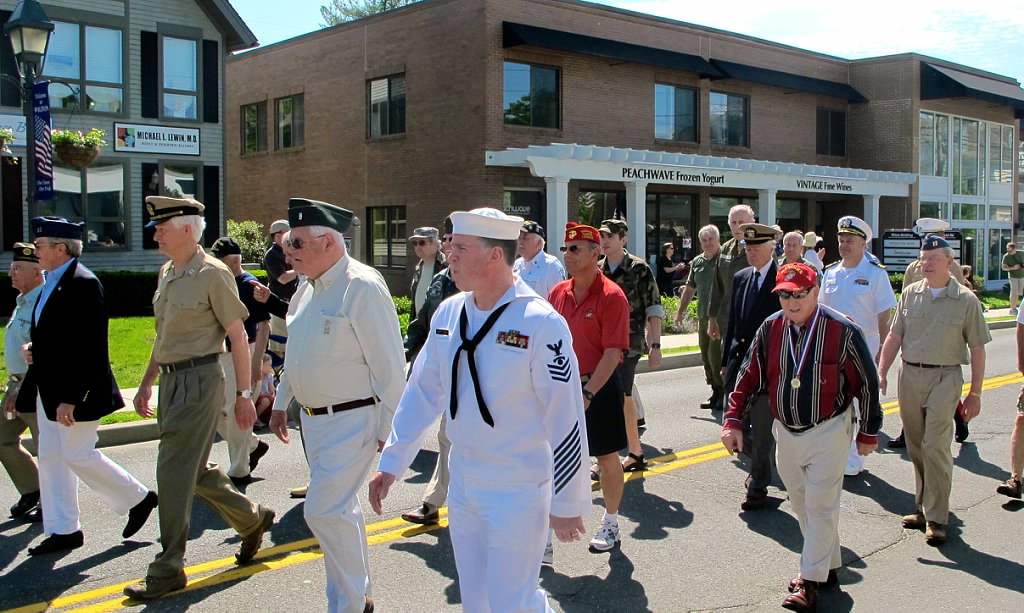 Tom Moore, adjutant of the James B. Whipple American Legion Post 86 in Wilton, reflected on the cancellation of the parade. “Obviously it’s a sad thing,” he said, acknowledging the tragic loss of life caused by the illness.

Yet, Moore believes that even an event as significant as the COVID-19 pandemic will not detract from what the focus of Memorial Day should be. “From a veteran’s point of view, [the pandemic] doesn’t take away from what Memorial Day means. This day means you remember those who have given their lives.”

He offered this perspective: “It’s not a celebration. Memorial Day is a memorial.”

The video, posted on YouTube, was described with the byline, “Veterans coming together virtually to honor Soldiers, Sailors, Airmen and Marines who have made the ultimate sacrifice.”

At just over five minutes, the video is short but powerful to watch. It features 10 representatives from six local American Legion posts, including three members from Wilton (Bill Glass, post commander, who appears first in the video; Paul Niche, service officer, who appears twice with a beach sunset in the background; and Moore, who is seen with a flag on the wall behind him).

In part, the video reminds viewers of Memorial Day’s origins and purpose in an order from Commander in Chief John A. Logan of the Grand Army of the Republic (as the U.S. Army was then known) in May 1868, shortly after the Civil War.

While Logan could not have predicted a coronavirus pandemic, his order for the inaugural event, as quoted in the Legion’s video, seemed to anticipate the need to adapt future events to unique circumstances that might arise. Among his instructions, Logan said, “In this observance, no form or ceremony is prescribed, but posts and comrades will in their own way arrange such fitting services and testimonials of respect as circumstances may permit.”

Taking Logan’s sentiment to heart, Wilton’s Post 86 has planned “such fitting services” as pandemic circumstances will permit. Four members, including Glass and Moore, will visit Veterans Memorial Green (located at the corner of Center Street and Old Ridgefield Road) for a short, private ceremony and brief remarks. Afterward, Wilton High School band leader Nick Loafmann will perform “Taps” on the bugle as the flag is raised from half-staff to full-staff.

The Legion’s first priority is conducting a tribute in a safe–and limited–
manner; they are particularly concerned about a large group gathering at the memorial site. The legion is not inviting the public to attend at the same time in keeping with group event guidelines but wishes residents to know what they’re doing to make these observances. Residents are always encouraged to visit the memorial on their own.

Mike Kellett, the last speaker on the American Legion video, offered a sober reminder that over one million men and women have lost their lives defending America since the revolutionary war, and ended the video with these emphatic words: “We will carry out General Logan’s orders. We are the American Legion.”

Memorial Day will certainly be different this year. Without the long parades and big barbecues, these three simple acts of observance will put you in the true spirit of the day: