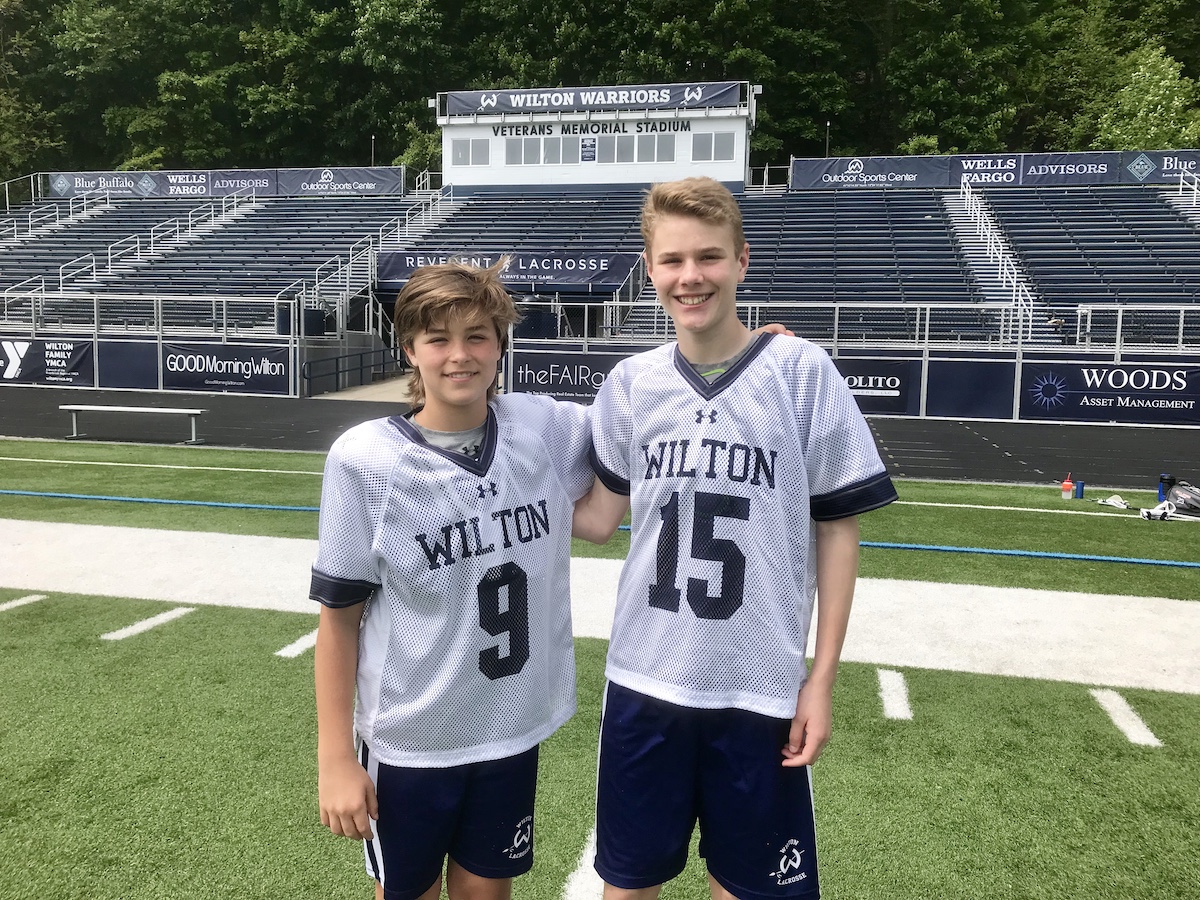 Playing in a World Series at a stadium filled with thousands of fans and broadcast on live television is something most kids only dream about. But for Conner Flanagan and Ryan Smith, rising eighth graders at Middlebrook School, they have a chance to see that fantasy realized this summer when they travel to Denver, Colorado to compete in the World Series of Youth Lacrosse (WSYL).

The WSYL is the culmination of a yearlong competition amongst the best U13 premier lacrosse teams throughout the United States. When they travel to Denver to compete in WSYL, Flanagan and Smith will represent their respective premier teams. Flanagan will be playing long stick middie for Eclipse, which is ranked #11 out of the 24 teams and positioned to deliver upsets coming from a stacked North Regional qualifier during which their only losses were by one goal.

Smith will play midfield for Express North, ranked #14. This is the club’s first invitation to the Championship Series after finishing sixth in the North Regional qualifier.

Flanagan and Smith are equally excited for what is the pinnacle of their lacrosse playing days thus far.

“WSYL is for U13 teams only. We only have one year of eligibility to qualify. This is my first and only chance to play in the World Series,” says Smith, adding, “That’s what makes it so special.”

Flanagan echoed these sentiments. “My best accomplishment in lacrosse is first, making Eclipse and now going to the World Series.”

Flanagan and Smith began playing lacrosse in the first grade and continue to play for Wilton as teammates. Before rostering on their current premier teams, they played together for two years on the Chargers.

“On the field they push each other to be the very best they can each be,” said Gail Smith, Ryan’s mother.

Multi-sport athletes, both Flanagan and Smith and play football, and during the winter season Smith plays basketball and Flanagan skis, and notes he would “like to get back out to Denver to ski.”

For lacrosse players, playing premier lacrosse is a manageable, albeit intense, undertaking for athletes who are interested in continuing to play different sports. During the fall season premier teams will practice and play in select tournaments and the winter season is limited to clinics. Once spring arrives, premier play breaks to allow players to compete for their town teams. At the conclusion of the spring season, Flanagan and Smith return to their premier clubs for a full schedule of travel and weekend tournaments through July.

“The club lacrosse and town lacrosse seasons are pretty separate. The challenge is adjusting to the different teams and playing for different coaches.” Smith said.

Flanagan finds the separation of the schedules helpful. “It’s an even amount of lacrosse between the two teams but I am able to handle it well.”

As for what he finds most challenging, Flanagan is quick to acknowledge skilled opponents. “There are a lot of very good offensive players and my job is to handle them.”

The WSYL was founded in 2015 by Jake Steinfeld, who is also the founder of Major League Lacrosse (MLL) and Chairman of the National Foundation for Governors’ Fitness Council. Watching the Little League Baseball World Series inspired Steinfeld’s idea to create a platform for the best U13 lacrosse players in the world to compete.

With the help of Steinfeld’s business partners, Dave Morrow, founding partner of MLL and CEO of  lax equipment provider Warrior Lacrosse, and Steve Bornstein, a media veteran who has served as president of both ESPN and the NFL Network, WSYL secured the best gear in the game and a live broadcast on a marquee cable channel. To run the operations, Steinfeld turned to Ray Sculmeyer, one of the founders of the Baltimore Bayhawks, an original MLL team. Lastly, Steinfeld asked his friend, Pat Bowlen, the owner of the NFL Denver Broncos and MLL Denver Outlaws to secure the venue.

Since the inaugural WSYL in 2015, the event has grown to include U.S. teams that have qualified for the Championship Series through a series of regional qualifiers. Over three days, twenty-four teams, three of which are international selections from Canada and Israel, will play for a spot in the Championship game on July 4, which will be played at the University of Denver’s Peter Barton Stadium and broadcast live on ESPN2.

“The boys have been friends since they met on the T-ball field at Comstock 10 years ago. The Flanagans are like family to us, and the fact that Conner and Ryan get to go through this experience together is amazing!” said Gail.