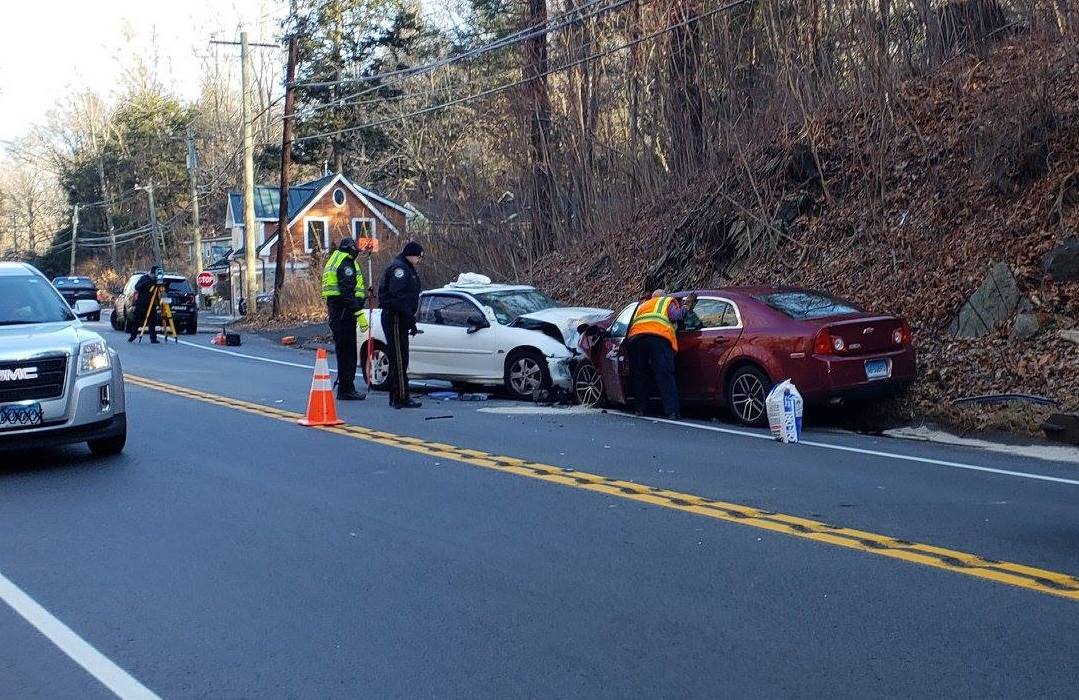 UPDATE:  3:30 p.m.–The Wilton Police Department has released the identities of the two drivers involved in this morning’s two-car, head-on motor vehicle accident on Rte. 7. The accident involved a 2000 Chevy Cavalier driven by Dominick Richards (age 21) from Stamford, traveling south on Danbury Rd. and crossing over into the northbound lane, striking a 2011 Chevy Malibu traveling north on Danbury Rd. and operated by Dorene Suggs (age 55) of Norwalk.

Both operators had to be extricated from their vehicles by the Georgetown Fire Department and were transported to Norwalk Hospital with life threatening injuries. The accident remains under investigation by the Wilton Police Department’s Accident Reconstruction Team, which shut down the road for four hours during the investigation.

Anyone who witnessed the accident is asked to contact the Wilton Police Department at 203.834.6260.

Jan. 11, 2019–This morning at 6:53 a.m., the Wilton Police Department responded to a two-car, head-on motor vehicle accident, in the area of Danbury Rd. and New St.. Both operators had to be extricated from their vehicles and were transported to Norwalk Hospital with injuries.

The accident remains under investigation by the Wilton Police Departments Accident Reconstruction Team. Police add that the road will remain closed for several hours during this investigation.