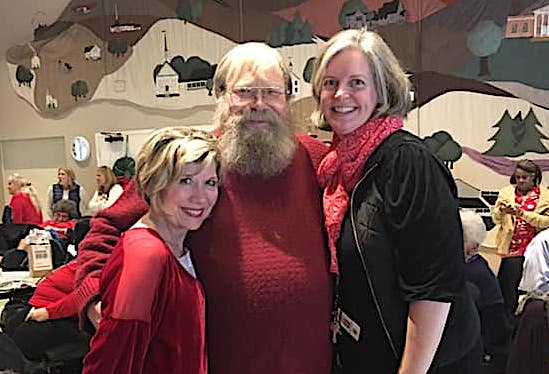 James Russell Abbott, age 72, of Wilton, passed away peacefully on July 3, 2019 at Norwalk Hospital, surrounded by his loving family.

Born in May 1947, Jim was the son of the late Harry and Susan Stolle Abbott of Wilton. He is survived by his wife, Deborah Tiani Abbott, his children Mike Flowers and Heather Abbott; Heather’s partner, Dave Aldarondo; and grandchildren, Victoria, Emma, Alexandra, and Zev Flowers. Jim is also survived by his brothers, Richard and Harry Wayne Abbott; his Aunt Carolyn, who has been a second mom; his other Aunts, Uncle, and many cousins, nieces, nephews and friends.

Jim was a devoted husband, loving father and educator. He taught in the Wilton School system for 43 years, specializing in the industrial arts and special education. Jim loved his job as a teacher and retired with many fond memories. Woodworking was another passion, as well as flea markets, auctions, and spending time with family in Vermont. 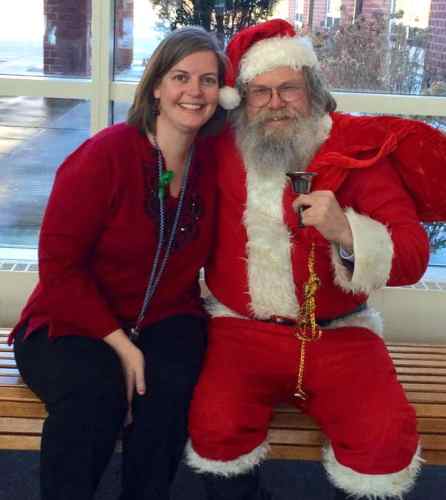 One of Jim’s colleagues and longtime friends, Middlebrook School teacher Janet Nobles (pictured at left, with Abbott), shared her remembrances of him, noting that his loss leaves a hole in the Middlebrook family.

“He was a warm and gentle man who gave of himself to all he encountered. Even after retirement he would come back to school on Veterans Day, knowing how important that day is to the students and the staff. Santa Claus would also show up in December to spread joy too! He was one of the few people whose family lived in Wilton as long as mine had. He would tell me stories about my dad and the other Lofinks he knew on Lofink corner. Jim will be missed by many–his memory will live on at Middlebrook. So much love.”

A funeral service will be held for Jim on Monday, July 8, at 7:30 p.m. at Bouton Funeral Home (31 West Church St., Georgetown). Friends may greet the family at the funeral home from 4 p.m. until the time of the service. Interment will be private and at the convenience of his family. In lieu of flowers, memorial donations may be made to the Middlebrook School Activity Fund.