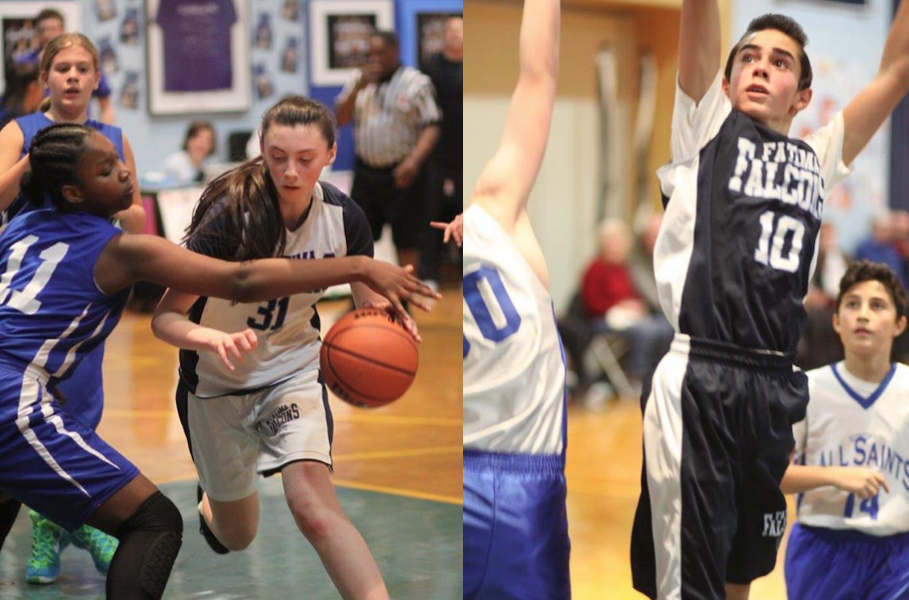 “This year we welcome 39 teams representing 11 schools from throughout the Diocese of Bridgeport. Because of the hard work and dedication of the entire Fatima community, we have been able to host over 400 students and celebrate the life of a wonderful young man,” says Gabriella Casole, Our Lady of Fatima School physical education teacher and athletic director.

Supporting the OLF objective of Service Above Self, and in honor of Tyler, the athletic department at Our Lady of Fatima School is sponsoring a sneaker drive during the tournament to benefit Big Brothers and Big Sister of Southwestern, CT. The community is invited to bring new or gently used sneakers to one of the donation boxes located at OLF School, the OLF Parish Center, and the children’s wing of the Wilton Public Library.

“It is an incredible honor to host this tournament in honor of Tyler. He was a young man who serves as a shining example of what we strive to foster in our students,” says Father Reggie Norman, Pastor at Our Lady of Fatima.

In addition to the championship games (see schedule below), on Friday, February 3, Our Lady of Fatima School will host Mr. and Mrs. Ugolyn. The family will present the Tyler Ugolyn Award to two deserving 8th graders.

The media and public are invited to attend the games and the award ceremony on Feb. 3.

Founded after his death during the 9/11 attacks, the Tyler Ugolyn Foundation is a charitable organization dedicated to promoting youth basketball programs and the refurbishment of inner-city basketball courts. Courts have been renovated in Tyler’s memory across the country in conjunction with the NCAA Men’s Final Four, including cities such as San Antonio, Detroit, Indianapolis and Houston. Ugolyn went to Ridgefield High School, where he became a member of the National Honor Society. He was a McDonald’s High School All-American Basketball nominee, ranked as one of the top 250 seniors in the country, before deciding to attend Columbia where he was recruited to play Division 1 basketball.