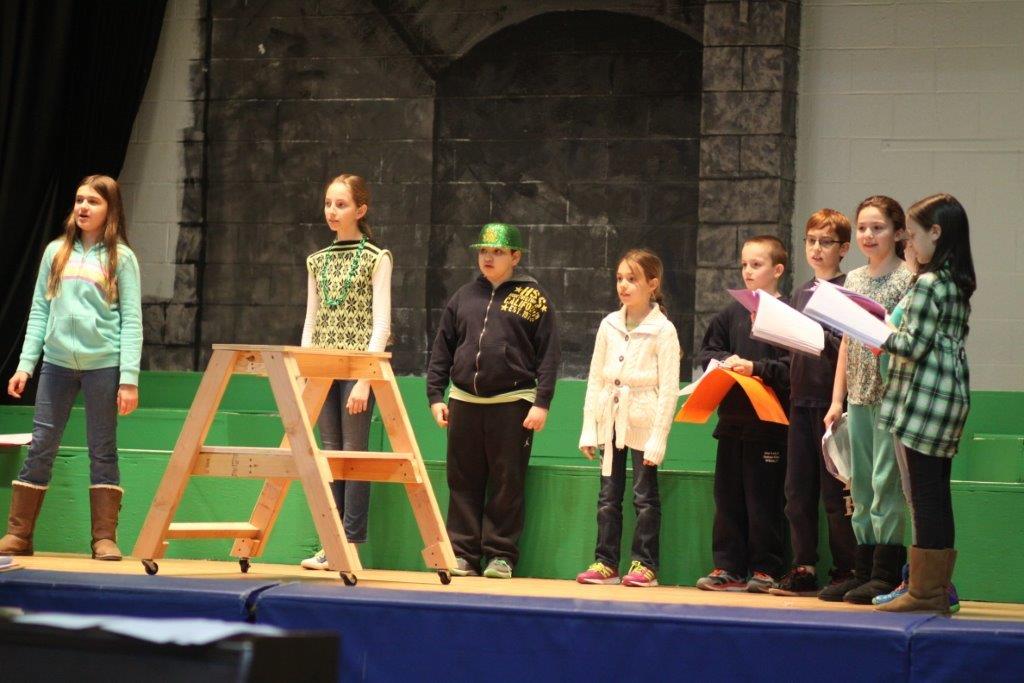 The Our Lady of Fatima School Theatre Program is performing a musical about Unexpected Heroes highlighting two Connecticut youngsters who have made a difference in the world. The performances include a student cast made up of the school’s 2nd-5th graders.

Unexpected Heroes is a pair of one-act musicals about ordinary young people who do extraordinary things.

The first act, “Ride, Sybil, Ride,” by Wendy Gross Baker and Daniel S. Acquisto, tells the story of Sybil Ludington, who in 1777 rode through the night to warn American colonists of an impending British invasion of Danbury, CT. Her ride was twice as long as Paul Revere’s famous ride, and yet her story is little-known today–perhaps because Sybil was a 16-year-old girl at the time!

The second act, “The Little Lemonade Girl,” a musical by Ben Tostado and Jim Colleran, was inspired by a little girl who lived more than two centuries later. Four-year-old Alexandra Scott, wanted to help the doctors who were helping treat her as she valiantly fought cancer. She created a lemonade stand to raise money to donate to pediatric cancer research. From a simple lemonade stand in her parents Manchester, CT front yard, Alex began a movement that raised more than $8 million to help fund lifesaving efforts and research.

Each play has a different musical and visual style and is performed by a different cast, with the entire company merging to perform opening and closing bookend numbers newly composed for this production.

The one-act musicals of Unexpected Heroes were commissioned and first performed in the Lucy Moses Schools Summer Musical Theatre Workshop, a five-week immersive program open to theatre-loving children aged 5-17 in the tri-state area..

The program at OLF is directed by Clay Zambo with musical and technical coordination by Lisa Strmecki.