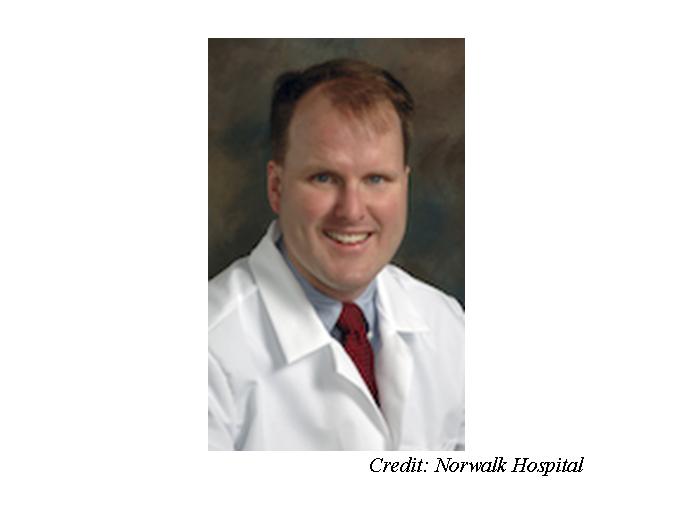 The following opinion piece was written by James Babashak, M.D., a Wilton resident who is a physician with two children in Wilton schools. On Tuesday, Feb. 3, the essay was released by the Wilton Board of Education and the Wilton Public School District in response to recent concerns regarding carbon dioxide levels at Miller-Driscoll School. The op-ed has been edited slightly from the original for clarity and tone, but not for content or meaning.

In order to better understand the carbon dioxide results at the Miller-Driscoll School, I would like to briefly present some information on basic medical physiology. Although not a specialist in indoor air quality, my education in biological sciences (1993 Cornell, B.S. Highest Honors) and medicine (1997 Cornell) allows for a rigorous interpretation of information. I wholeheartedly disagree with any parent who believes carbon dioxide levels measured thus far in Miller-Driscoll School have any detrimental effect on student or teacher health or performance.

First, carbon dioxide is not carbon monoxide. Carbon monoxide (CO) is a very dangerous odorless gas that can kill you easily. It binds to the hemoglobin in blood cells and thus starves your body of needed oxygen. Concentrations of CO as low as 667 parts per million (0.0667 percent) may bind 50 percent of your body’s hemoglobin. Lack of oxygen quickly leads to seizures and death.[1] Hence, the ubiquitous placement of carbon monoxide alarms in homes and commercial spaces.

Second, although carbon dioxide levels may be used as a surrogate for indoor air quality measures, there is no cause-effect relationship with illness. Linking random carbon dioxide measurements to any chronic illness or physiologic response is not even remotely possible without studies using the scientific method (prospective double blind trials). The CO2 – disease linkage is circumstantial at best and inflammatory at worst. A similar line of reasoning would claim that umbrellas are the reason that rain falls, since you see one with the other. A call for a “symptoms census” would obviously show that carbon dioxide is causing all manner of colds, coughs, poor grades, afternoon tiredness, moodiness, etc. that are found in grade school students everywhere. Nosebleeds occur in winter, but not because of carbon dioxide. This is common sense, not cause and effect.

Third, in large volumes carbon dioxide certainly can cause death. It is an asphyxiant, meaning that in enormous quantities it will displace all the oxygen and nitrogen in a room, or a mine, or a volcano crater. With no oxygen, a person will die. If you fill a room with “dry ice” (solid carbon dioxide), or fill a mine or crater with Earth-sourced carbon dioxide, there is good chance of death. Hence, the historical use of canaries in coal mines. Unless Miller-Driscoll is filled with dry ice or placed in a mine or near a volcano, this is not going to happen. Carbon dioxide is used in surgery as well as for laparoscopic procedures, and I am well aware of the dangers of open carbon dioxide cylinder tanks in the operating room. This is a specific circumstance not applicable here.

Entire textbooks are published describing the human body’s regulation of carbon dioxide. We breathe for two reasons:  to bring oxygen in (oxygenation) and to get carbon dioxide out (ventilation). Our bodies have a highly regulated system for controlling our breathing and controlling the amount of carbon dioxide in our circulatory system. We are carbon dioxide producers for every second of our lives, and our blood has three separate systems (dissolved, bicarbonate, and protein-bound) to carry the carbon dioxide from our tissues to the lungs for disposal. Amazingly, the entire process works by simple chemical gradients, from high concentration (working tissues) to low concentration (lung alveoli). The system is controlled by specialized parts of the brain and major blood vessels that constantly measure changes in acid/base levels of the blood and cerebral spinal fluid. It is complex, yet it functions like the thermostat system of a house with feedback controls. There are numerous disease states and medications that may alter this control system.

To me, a brief look at the average numbers tell the story of the publicized “exorbitant” values found at Miller-Driscoll School: (These calculations are assuming constant pressure and temperature, with volume percentage proportional to the percentage of atmospheric pressure. Atmospheric pressure and temperature do change hourly, but not on a scale large enough to change my conclusions. These calculations use Dalton’s Law of Partial Pressures from chemistry class.)

Note: “Normal” atmospheric carbon dioxide was 310 ppm in 1960, so we have had a 25 percent increase in CO2 level in about 50 years with no global school complaints!

Lung carbon dioxide:
CO2 in venous blood typically exerts a pressure of 45-50 mmHg.
The level in the lungs is lower, usually 35-40 mmHg.

So this is not an “aha!” moment for those who are proposing that carbon dioxide is dangerous at these levels. The difference between a normal partial pressure CO2 level of 0.3 mmHg and a “ghastly” level of 1.52 mmHg (2,000 ppm) is only 1.2 mmHg. Given the gradient from the lungs is 35-40 mmHg to this level, I don’t think there is a physiological difference between a 34.7-39.7 mmHg difference and a 33.48-38.48 mmHg difference in gradient levels. Even at 6,000 ppm (0.6 percent), the atmospheric CO2 is only a level of 4.56 mmHg. The human lung system is still left with a 30-35 mmHg gradient to work with for breathing. This is in the normal range of respiratory effort. I challenge any human to differentiate a subjective difference of less than 1.2 mmHg in carbon dioxide partial pressure in any experimental setting.

Experiments have been done whereby atmospheric CO2 is increased to 7 percent (70,000 ppm!!) in stable oxygen environments.[2] When atmospheric carbon dioxide rises, the human body’s thermostat system takes over when the gradient slips in the lungs. What happens? Buffering of carbon dioxide takes place, with a rise of bicarbonate in the blood and its excretion by the kidneys. At higher levels, ventilation (breathing rate) increases. This is exactly what happens when we exercise, although not at the artificially high atmospheric levels that are created in experiments. In many studies, carbon dioxide must be over 20,000 ppm (2 percent) before anyone notices any change in respiration or comfort level. Older people with COPD from lifetime smoking understand the dynamics of carbon dioxide elimination, because they have to physically “work” to breathe more. They usually cannot, because of muscle fatigue so their bodies acclimate to a higher chronic carbon dioxide level in the venous blood in the 50-60 mmHg range.

Like many physiologic limits, our military has done extensive studies in this area. At levels of 2,000 ppm over one month, only “mild respiratory stimulation” was detected in Navy personnel.[3] To lend some weight to this respiratory data, the author (Lambertsen) of this study was the primary inventor of diving rebreathers and SCUBA gear. In Navy divers, only at levels of greater than 6 percent (60,000 ppm) did Lambertsen find signs of mental confusion. The military has also intensely explored this topic with high performance fighter pilots.[4] These extremely high military experimental carbon dioxide levels are much higher than the levels found in Miller-Driscoll school testing.

In summary, our bodies’ ventilation needs drive our need to breathe from birth to old age. It is a tightly regulated system that responds quickly to outside stresses. I am not arguing for or against the use of carbon dioxide as a surrogate marker for classroom ventilation standards. However, I am arguing that carbon dioxide should not be used as an explanation or root cause of a litany of supposed health problems in children or teachers in the Miller-Driscoll School. There is simply no physiologic change seen in humans at levels that were found by current tests at the Miller-Driscoll School. Simple math shows that the partial pressures of carbon dioxide do not change substantially enough to affect the gradient that the body uses to expel CO2 from the lungs to the atmosphere.