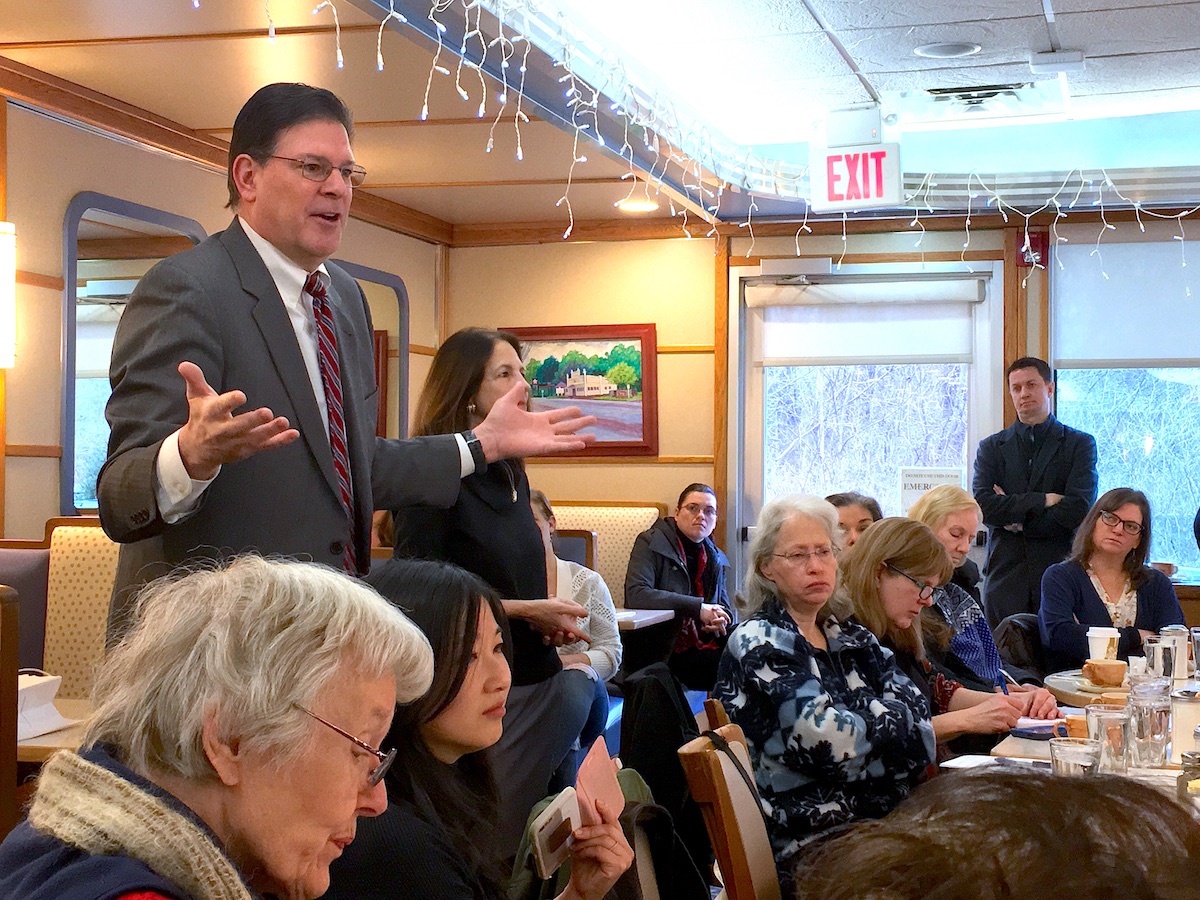 “By a show of hands, who in this room believes they are not taxed enough?” I have to give credit to the one individual who raised their hand, but must respectfully disagree. This was my question to a crowd of more than 80 at a recent event in Wilton where residents voiced their concerns over several bills proposed by legislative Democrats, including one requiring forced school regionalization.

Unfortunately, our state is now accustomed to tax increases and new mandates. As some residents and businesses have learned to live with it, others have searched for greener pastures, and our housing market reflects this reality. Just ask any realtor. Municipal resources and local control are being involuntarily rerouted to Hartford, and until the majority party is held accountable for these misguided policy decisions, our towns will pay the price. We cannot let this become the new norm.

Families and businesses grow roots in Connecticut because we enjoy a good quality of life and our education system is robust. Under a bill proposed by Senate Democrats, towns with a population under 40,000, like New Canaan and Wilton, would be forced to consolidate school resources with neighboring communities. I have always believed that when it comes to education, decisions should be made at the local level. Forcing schools to regionalize would deprive parents and boards of education of that decision-making authority, and that is unacceptable.

Another proposal would transfer the power to tax motor vehicles from the towns to Hartford, meaning that money currently paid to municipalities will now be paid directly to the state. This same proposal also calls for a statewide mill rate on real property, which is in addition to your current property taxes. This would have serious implications for town budgets because municipal aid from Hartford has proven to be unreliable in recent years.

Just to rub salt in the wound, Governor Lamont recently said he is willing to expand the sales tax to include groceries and medications, possibly prescriptions as well. This would especially hurt seniors and families living on fixed incomes. When will enough be enough?

Over the past few weeks, members of the community have proven that they will not remain silent on these issues, and we need to keep this momentum going. You have my word that I will fight these proposals until they are defeated because the best way to give the people of New Canaan and Wilton a voice is to keep local control, local. Let’s work together to make this happen.

Tom O’Dea is the State Representative for the 125th District, representing Wilton and New Canaan.