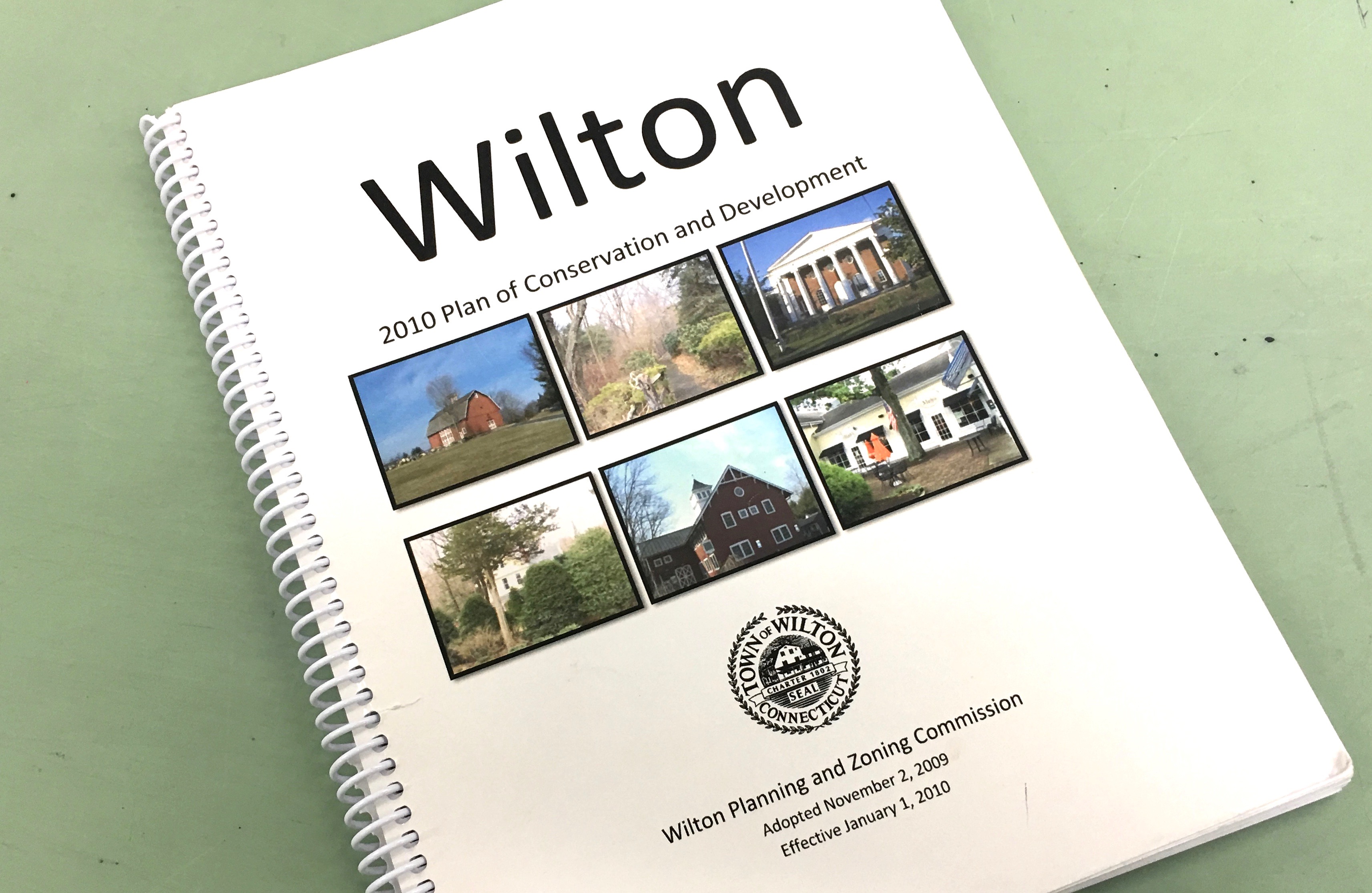 Wilton’s Planning and Zoning Commission (P&Z) is making progress on the Plan of Conservation and Development (POCD) process, according to P&Z chair Scott Lawrence. Not only does the Commission have a first draft of the POCD, but members are looking forward to conducting a phone survey of Wilton residents about key goals, objectives and strategies in December.

The first draft of the POCD document was written over the summer by Milone & MacBroom, the consulting firm hired by the town to guide Wilton through the process of revising the document. Milone & MacBroom sat down with the data collected over nine months from all sources–Joint Working Group input, public workshops, public comment and online surveying–that made up the first data-gathering phase of the POCD update. From that process, the consultants produced a first draft of the POCD update’s core goals, objectives and strategies and delivered this draft to P&Z in September.

Both P&Z and the Joint Working Group have performed what Lawrence called a “preliminary, high-level review” of this draft; the most recent version of the draft, updated Oct. 2, 2018, is posted on the POCD website.

In the interim, the Commission has been working with Milone to define the issues that will be covered in a community-wide, statistically-valid phone survey. According to Lawrence, the survey, to be conducted by the Center for Research & Public Policy, will limit the focus on a specific few POCD issues, goals, objectives and strategies “that would benefit most from full-community feedback,” in order to keep the survey to a manageable length and encourage a better response rate.

“The Commission has benefited much in this process by reviewing the questions and approximately 270-330 responses it received for each of the six online surveys that have already touched on major planning topics in Wilton, including:  Visioning; Housing; Rte. 7 and Transportation; Community Facilities and Infrastructure; Wilton Center and Villages; and Conservation, Preservation, Sustainability and Cultural Resources,” Lawrence adds.

The Commission is scheduled to receive and review the first draft of phone survey questions at a special meeting being held at this Thursday, Nov. 29 at 5 p.m., at the Town Hall Annex (238 Danbury Rd.).

Lawrence says the phone survey is expected to launch in early-to-mid December–something that should also help boost response rates.

The P&Z Commission welcomes questions and comments, which can be submitted via the POCD website or by email. Also, the town website lists links to all POCD meeting agendas, minutes and recordings.