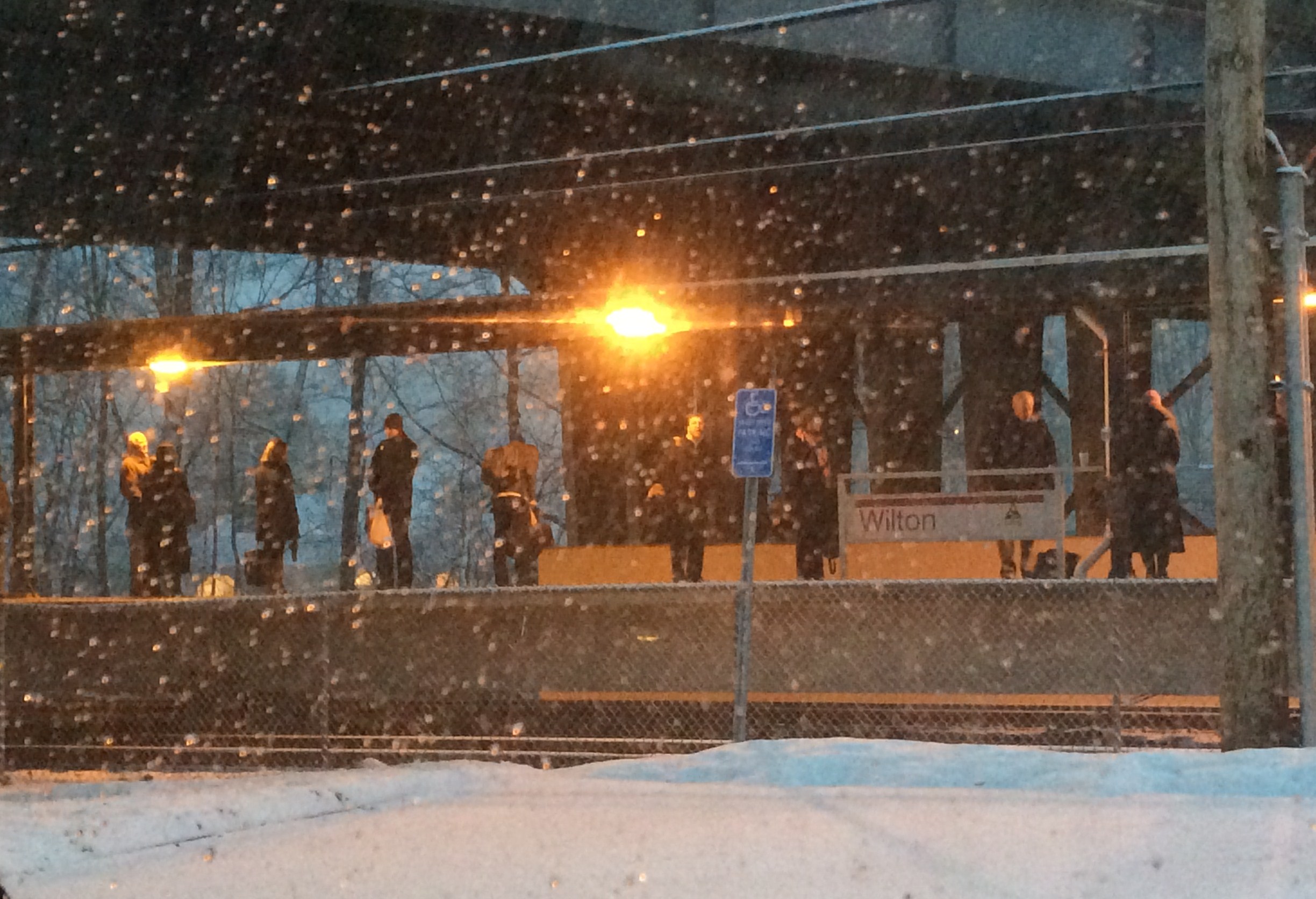 State Representative Gail Lavielle (R-143) is circulating a petition to help Danbury Line commuters who have been affected by recent changes to the first morning train from Danbury to Grand Central. Passengers on that train, which leaves Danbury at 5:36 a.m. and for decades provided through service to Grand Central, must now change trains at South Norwalk.

While the transfer to another train in itself is inconvenient, the escalating problems with Metro-North’s service and communication and the Danbury Line’s signal system are now making the trip a veritable ordeal for commuters. Rep. Lavielle’s petition requests that through-train service be restored on the 5:36 a.m. train. If this cannot be done permanently, she hopes that it can be done at least until Metro-North’s pervasive operational problems can be solved.

The changes to the 5:36 train affect southbound passengers who board at both stations in Wilton, as well as at the Merritt 7, Branchville, West Redding, Bethel, and Danbury stations.

“I have received numerous calls, emails, and tweets from frustrated and angry commuters who tell me that their commutes are disrupted or delayed at least once a day,” said Rep. Lavielle. “They tell me that their trip can sometimes last three hours. The most distressing e-mails that I receive come from constituents whose employers have told them that their repeated late arrivals at work may cost them their jobs. None of this is acceptable, and it has to stop.

“In the last few months, everyone’s commute on every Metro-North train has become difficult. Fares have increased by 5 percent for three consecutive years, and commuters are now paying much more for much worse service. I’ve continued to push for system-wide improvements and solutions which Metro-North’s ongoing disarray seem to make impossible. Meanwhile, however, restoring through service to the 5:36 a.m. train from Danbury seems very straightforward. I want to do everything possible to make it happen,” Lavielle said.

Rep. Lavielle has sent a letter highlighting her concerns and calling for action to CT Department of Transportation Commissioner James Redeker and MTA Chairman Tom Prendergast.

Rep. Lavielle will be collecting signatures on the early Danbury Line train this week, and has also posted an online petition at www.stayonthetrain.com. She plans to deliver the signatures to Commissioner Redeker at next week’s “Metro North Commuter Speakout,” an event she also encourages Danbury Line commuters to attend. The event, hosted by the Citizens Transportation Lobby, will take place on Tuesday, Feb. 18, at 7:30 p.m., at the Pequot Library, 720 Pequot Avenue, Southport.

State Rep. Gail Lavielle represents Wilton, Norwalk, and Westport. She is Ranking Member of the General Assembly’s Commerce Committee and of the Appropriations Subcommittee on Transportation.