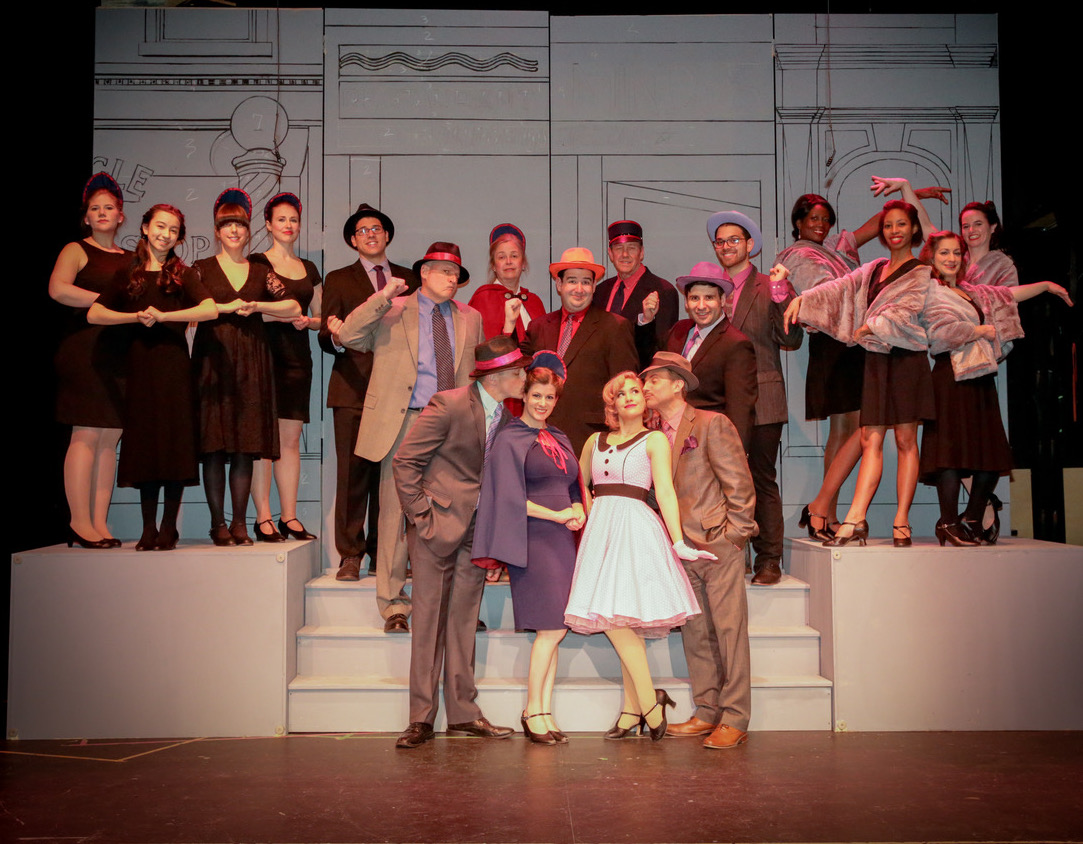 Gangsters, gamblers, missionary dolls, and showgirls are set to take the stage in the Wilton Playshop’s production of Guys and Dolls. Directed by Lynne Colatrella with choreography and musical staging by Lauren Nicole Sherwood and musical direction by Zachary Kampler, the show will be performed April 26-May 11, 2019.

Guys and Dolls features some of the most cherished showtunes in American musical theatre, including “Fugue for Tinhorns,” “Luck Be a Lady,” and “Sit Down, You’re Rockin’ the Boat.”

Based on the stories and characters by Damon Runyon, with music and lyrics by Frank Loesser and book by Jo Swerling and Abe Burrows, Guys and Dolls is an oddball romantic comedy. Gambler, Nathan Detroit, tries to find the cash to set up the biggest craps game in town while the authorities breathe down his neck; meanwhile, his girlfriend and nightclub performer, Adelaide, laments that they’ve been engaged for fourteen years. Nathan turns to fellow gambler, Sky Masterson, for the dough, and Sky ends up chasing the straight-laced missionary, Sarah Brown, as a result. Guys and Dolls takes us from the heart of Times Square to the cafes of Havana, Cuba, and even into the sewers of New York City, but eventually everyone ends up right where they belong.