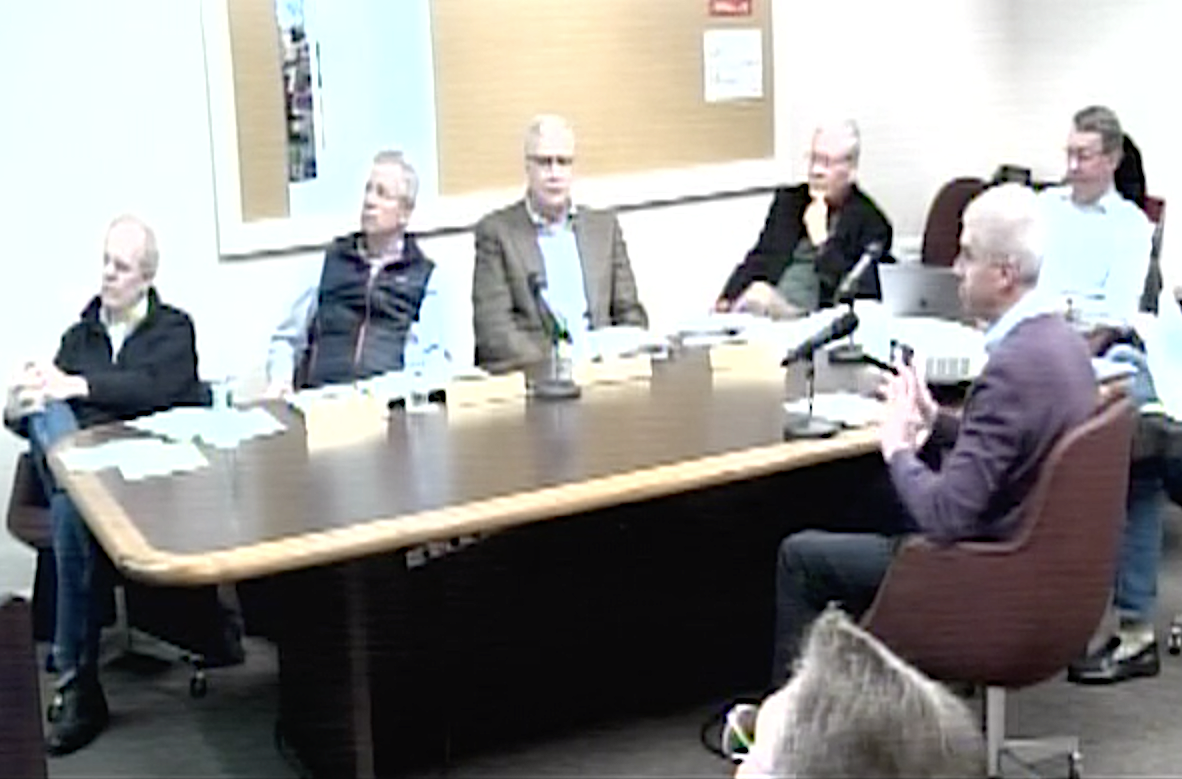 This week’s (Dec. 18) Board of Finance meeting featured a presentation from outgoing Board member Richard Creeth, detailing the results of the recent resident survey the BOF commissioned. The purpose of the survey was to assess how Wilton taxpayers want their taxes spent.

The results were perhaps not surprising–what residents say attracted them most to live in Wilton are the schools (81%) and how affordable housing is here compared to other towns (50%); more than half (54%) of Wilton residents say that the schools are the single most reason for why they moved to town, while just about one-quarter (24%) say affordability and taxes.

Participation in the survey was online, voluntary, and anonymous; 12% of Wilton’s population–1,411 people–responded. “By both commercial research and political research standards, that’s an enormous portion of the population represented within the survey,” Creeth said.

It wasn’t necessarily a random sample, however. “The only way we could have gotten a random sample would be if we had gotten a list of people and called them to say, ‘Go take the survey.’ The next best thing was to make it open to everybody and collect a large sample,” he explained.

Creeth detailed the efforts made to reach out to and encourage as many residents to participate as possible, particularly seniors. He said not only did he spend most of Election Day standing in the rain to promote participating in the survey, but the committee issued multiple press releases, ran a social media campaign, hung posters and handed out cards with the survey website address, and did an Election Day Facebook Live interview with GOOD Morning Wilton, which was watched by 700 people.

“You can see the bump in surveys after Election Day,” he noted.

Creeth also said that the survey committee increased efforts to recruit senior resident participation midway through the survey period, when they noticed that there was not the same proportion of seniors who took the survey as there are in the town. “Putting up a poster in the senior center definitely bumped up the number of senior survey takers,” he said. noting, “We did everything we could to publicize the survey and minimize any selection bias.”

Based on the age distribution, the samples were weighted in proportion to the demographic age ranges of Wilton’s population, to balance the numbers of participants in each age group to the proportion of that age group in the overall population. According to David Rothstein (a Wilton resident whose research firm conducted and analyzed the survey pro bono), this weighting “…boosted the voice of the over 65 population…and quieted the voice of respondents aged 25-49.”

The committee also broke out some of the results by age as well as whether or not respondents had children in the schools; 876 of the respondents did currently have children enrolled in Wilton schools.

Creeth noted that when the results are broken down by age, differences begin to become apparent. Two-thirds of the 25-49 year old cohort said they moved to Wilton for the schools. “There’s a much greater focus on the schools in the 25-49 group than in the 65+.”

Creeth also pointed out that 40% of the respondents reported that they did not vote on the budget resolutions at the May, 2018 Town Meeting. “This is an important constituency since the voter turnout for the budget vote was only 13%. One of the goals of the survey was to understand the priorities of that group.”

The committee prepared a draft report with the major survey findings.

Each of the Finance Board members gave their reactions to the findings.

Stewart Koenigsberg:  “It presents a balanced perspective. My takeaway is people responded the way they want schools to be top tier, they don’t want to spend a lot more and hope we could find ways to get the money elsewhere. I think the board shares that view.”

John Kalamarides: “A lot of this seems to verify what we’ve been thinking–people expect good schools and wanting to keep taxes within some kind of limit, and are really hoping for corporations to come in and ease the burden.”

Walter Kress:  “People are at least as or more interested in economic development than they are in the schools, that was more loud than I expected to see. I’m frustrated with the inconsistency about not wanting to hire someone, it seems that’s one of the places we ought to think about that.”

Peter Balderston:  “There were a number of questions about how can we stretch our tax dollars, and shared services was the number one thing in there. But to me that is a very important kind of indicator that we should apply that to all organizations in the town, including the schools. The one thing that concerns me, the question–’In order to achieve what you want in the school system would you be willing to bear an increase,’–doesn’t account for declining enrollment. Even if we hold to 0.0% increase we’re still increasing per pupil spending year over year. I wish we could have gotten sentiment from the electorate about that. It seems like they want to save money but how, we weren’t able to capture that.”

Jeff Rutishauser:  It provided “insights that reinforced what we know.” He also noted that, “A lot of times we don’t get a lot of information from the field, you’re operating in a vacuum, and the only time you touch the town is the Town Meeting, and only 12% of the people show up for that. So this was able to get to a bigger sample than we get at a town meeting or any of the hearings, so that was reassuring. And to hear some of the things we do know, like the Police Department is very well-respected and liked. It was great to see that.”

Rothstein concurred:  “One benefit with a survey, versus a town meeting, everyone has a voice, so it’s not just those brave enough to come to the microphone and share their opinions. That’s another benefit.”

Rutishauser also complimented the survey committee and especially Rothstein for his time and professional contribution. “The great work shows off.”

The article was updated to reflect that a quote previously attributed to Jeff Rutishauser was actually spoken by David Rothstein. The quote in question regards the benefit of a survey vs. town meetings. Also Rutishauser’s quote was extended to reflect more of his comments at the meeting.