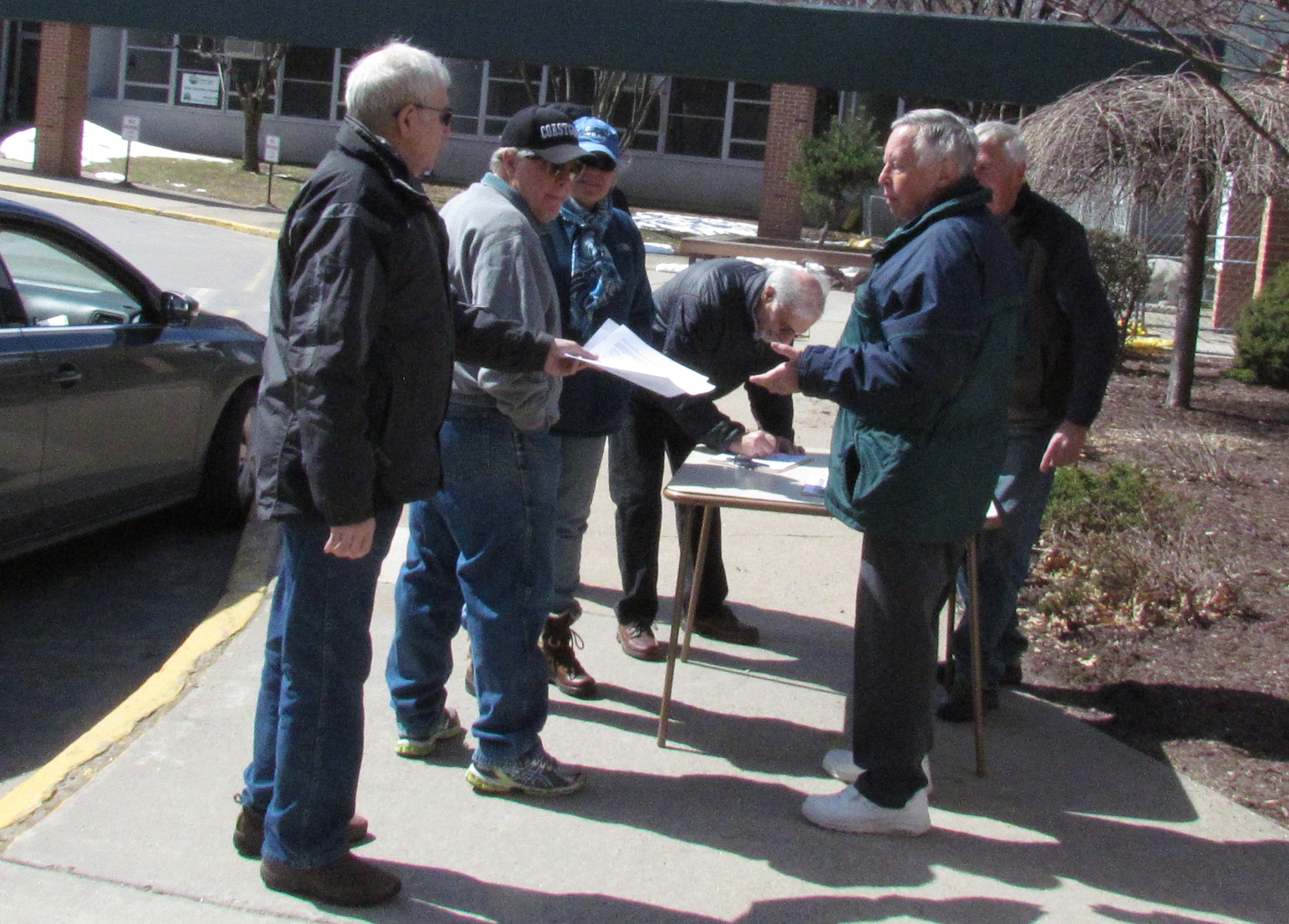 According to a press release submitted to GOOD Morning Wilton, Sensible Wilton intends to submit their new petition–complete with the number of signatures they believe they need–to Wilton’s Town Clerk this morning, April 1. This new petition asks for a special Town Meeting to vote on a repeal of the $50 million Miller-Driscoll resolution.

“We will be presenting approximately 300 signatures calling for a repeal of the $50 million resolution. Wiltonians are so incensed by the unjustified $50 million expense and the Board of Selectman’s refusal to vote on our first petition, that even the cold weather could not stop them from coming out to sign the petition,” said Sensible Wilton president Alex Ruskewich.

Ruskewich and other Sensible Wilton organizers collected signatures on the weekend of March 21-22 at Comstock Community Center. Despite cold temperatures, snow and low foot traffic, the group’s members say they received a great deal of support and interest from residents who reportedly went out of their way to stop by at the petition collection spot.

“When people came out to sign, they expressed discontent that they were never adequately informed about the MD project nor were they sufficiently informed about the September 2014 vote which occurred after a solitary public information session that woefully failed to justify the largest capital expenditure in town history. Many people stated that they only found out about the $50 million project after the vote,” Ruskewich says in a quote in the press release.

Sensible Wilton reports that other residents who were not in town during the signature drive have contacted them to “express their dissatisfaction with the current M-D project and be a part of the petition signers.”

Sensible Wilton posits that The Town Charter requires 2-percent of electors, or roughly 230 signatures, to call a Special Town meeting via a petition.

According to the press release, Sensible Wilton believes that all emergency repairs to the building should be made “immediately, not many months from now as contemplated by the current construction timetable, and strongly supports the maintenance of a first-rate school system in Wilton, including for children with special needs. At the same time, Sensible Wilton contends that the $50 million renovation project is both overpriced and ill-suited to meet the needs of a declining student population.”

Ruskewich and other Sensible Wilton supporters have cited enrollment figures to support their argument.

“In Wilton and our neighboring towns school enrollments are projected to significantly decrease. And at last week’s Board of Ed meeting, the third enrollment projection consultant explained that they project that enrollment is expected to decrease even if the housing market improved. With the decreasing enrollment projected, a simple reorganization of the school could provide the preschool with their desired dedicated space without the need of major construction.”

In an interview with GOOD Morning Wilton, superintendent Kevin Smith and Board of Education chair Bruce Likly reviewed those newer, third projection. They said that while the new enrollment information does project a short term decline through 2018, after that they believe that figures indicate enrollment will begin to rise again.

“The Milone numbers suggest that, like everybody else, there is going to be a decline, and we’re facing it statewide–it’s more dramatic in some communities, less dramatic in others–but that curve starts to bend back up again. … they’re suggesting, based on that economic data, that the birthrate will actually experience a rebound beginning in 2015, over a 5-year period to 2020,” Smith said.

GOOD Morning Wilton reached out to town counsel Kenneth Bernhard, who emailed a response to a request for comment: “At first blush, the proposed initiative for reversing the vote of the September Town Meeting, which approved a bonding resolution that is already underway, appears to have significant legal challenges and financial risks. My office will provide a legal opinion after researching relevant constitutional law, state law, and case law.”