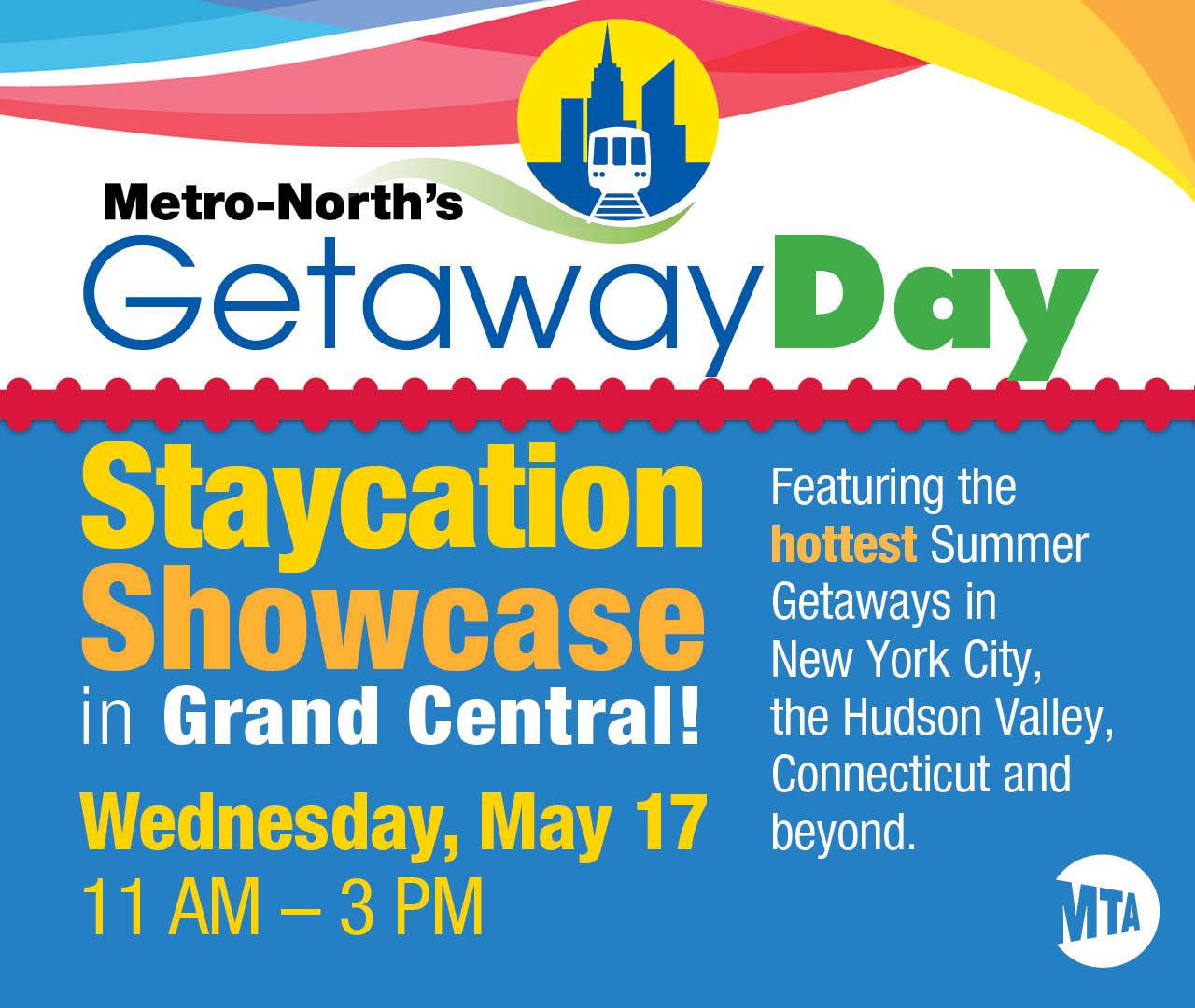 The town of Wilton will be is making its first debut marketing itself at a “Getaway Days” day-trip showcase today at New York City’s Grand Central Station. Members of the Economic Development Commission (EDC) and first selectman Lynne Vanderslice will be manning a booth at the expo.

Sponsored by the Metropolitan Transit Authority (MTA), the event is billed as a “Staycation Showcase,” for people looking ahead for summer activities. The MTA describes the expo as offering a chance to check out “the season’s hottest events, attractions and outdoor adventures for day trips and weekend escapes, and begin making your own summer getaway plans.”

“My husband walked through it last year and mentioned it to me. He had seen Fairfield and Westport there, so I mentioned it at the EDC meeting a few weeks ago. [Commissioner] John Kelly found it. So we’ll have a table. We saw it as an opportunity to get people into Wilton and hopefully want to live in Wilton,” Vanderslice says.

The Wilton display will feature information and handouts on Wilton’s walking trails; brochures from Weir Farm, Ambler Farm, Woodcock Nature Center, the Norwalk River Vally Trail (NRVT), Wilton Library, and more; plus a connection with Uber, which is a special participant in the Expo.

“We’re going to encourage people to come into Cannondale Station, check out what’s there, go to Ambler, for example. We’ve got a display that very much sells the outdoor, nature aspect of Wilton,” Vanderslice says.

Some of the other Fairfield County exhibitors include the Maritime Aquarium, the town of Fairfield, EVEN hotel in Norwalk, and the Lockwood-Matthews Mansion Museum.