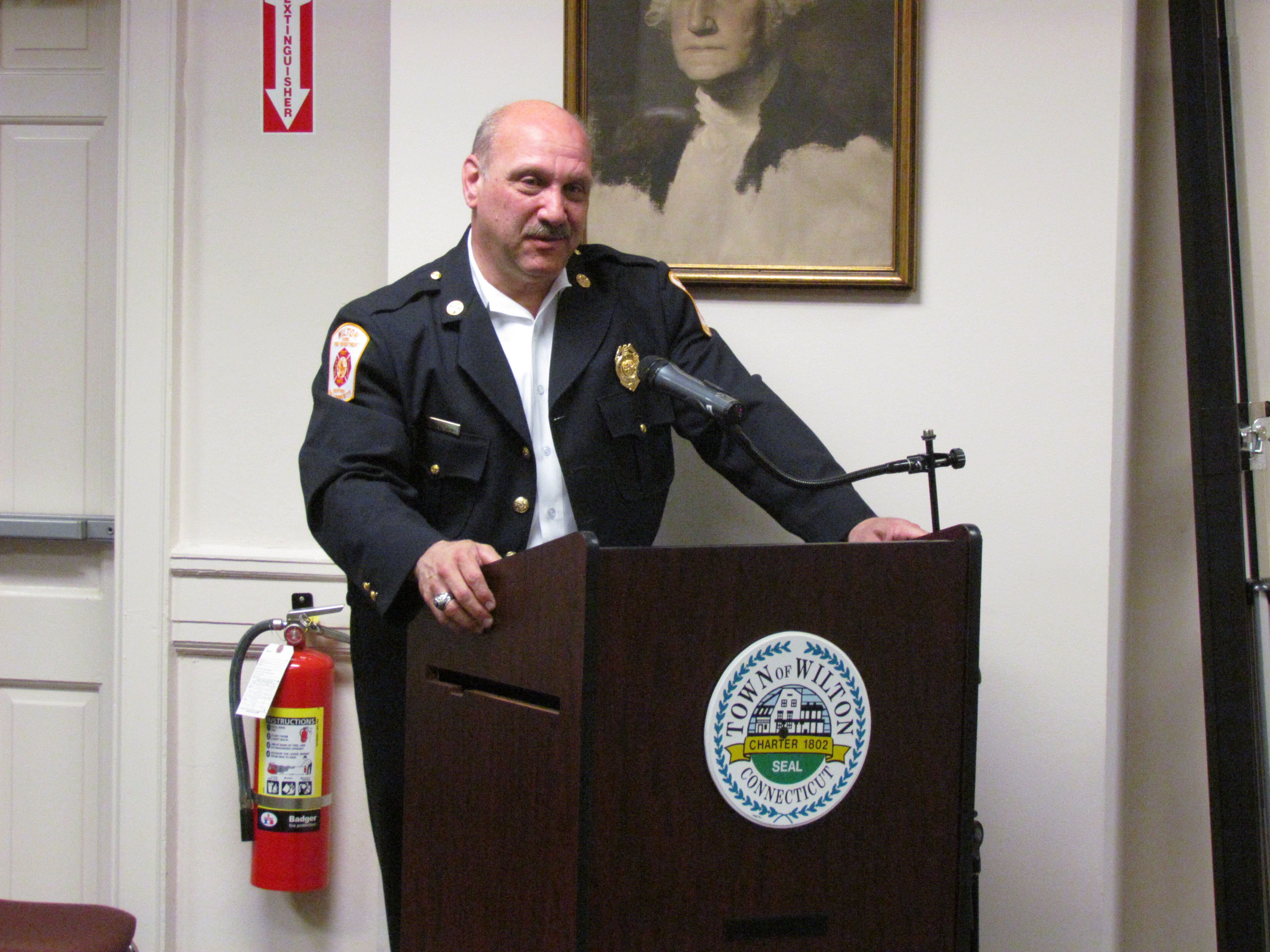 The move, as explained by Wilton’s human resource director Sarah Taffel, would enable the town to complete negotiations on making Kanterman the permanent chief of the Wilton Fire Department. Once negotiations are completed and both sides agree to the proposed terms, Kanterman will be locked in as chief for the next three years.

“The current agreement expired May 31, so the fire commission made the motion [to appoint Kanterman] but it’s pending the BoS extending the current agreement for two months. That will allow the fire commission the opportunity to reach proposed negotiated terms for a more permanent agreement. Because we want to have a period of time to iron out the details, we need to extend his current [interim] agreement,” Taffel explained, who added that the commission appointed Kanterman as permanent chief, contingent on the BoS extending the interim deal by 2 months.

Casey Healy, a member of the fire commission confirmed that the open position was posted and the commission did receive applications from other candidates. Following interviews, “the commission selected interim chief Kanterman as the best candidate for the job,” he said.

Kanterman joined the WFD as interim chief exactly one year ago.

Saxe called the request “reasonable,” and said Kanterman was “a great guy.” The request was approved unanimously by the four selectmen in attendance. [First selectman Bill Brennan is on vacation and was not at the meeting.]

At the end of the meeting, during public comment, Kanterman told GMW.com, “I’m a people person, and I love this town.”