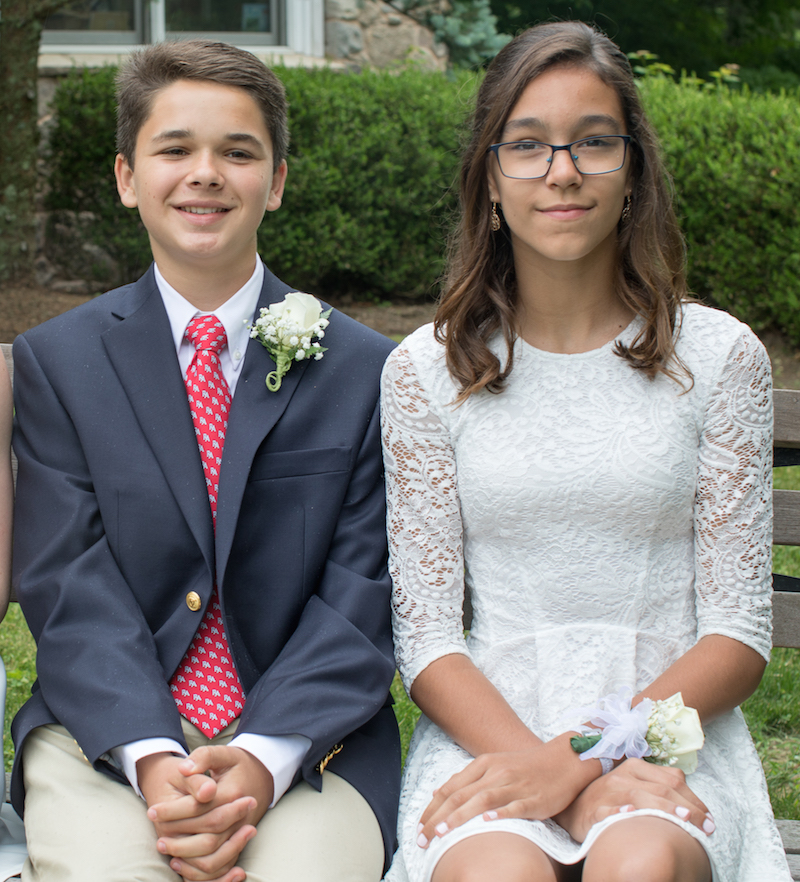 Among the 20 students of Ridgefield Academy‘s (RA) Class of 2018 who graduated on Wednesday, June 13, were two Wilton residents, Michael Colbert and Sophia Hemschot. They and their classmates all walked alongside their “Kindergarten Buddy,” and gave speeches about the importance of their time at Ridgefield Academy, and how it has set them up for successful futures. Before leaving, every graduating student rang RA’s Patriot Bell, symbolizing their final moments as RA students, and marking the start of a new exciting chapter in all of their lives.

During the ceremony, the school also honored and gave its farewell to James P. Heus, the Head of School who will be retiring after almost 20 years. Deus received several gifts and awards, including the naming of RA’s turf field, which will now be called “Heus Field.”