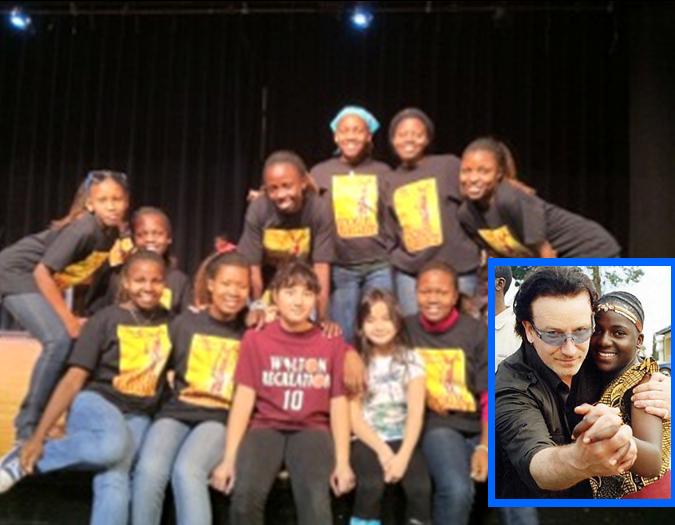 The Children of Uganda (COU) dance troupe has captured hearts across the nation with many successful tours since 1996.  As a continuation of this success, the 2014 “Tour of Light” will make a stop in Wilton to share the rich culture of Uganda, showcasing East African culture while also raising awareness and funds for AIDS orphans.

The music and dance troupe, hailed by The New York Times as a “euphoric…a celebration of dignity,” is comprised of 22 children along with their young adult leaders.  They serve as ambassadors for Uganda’s estimated 8 million orphan and vulnerable children, promoting global awareness of the HIV/AIDS crisis and helping to raise much needed funds for vulnerable children in their homeland.

Children of Uganda’s music and dance troupe has performed on “The Late Show with David Letterman,”  at AIDS benefits chaired by Elizabeth Taylor and Magic Johnson, and for a Grammy Week MusiCares benefit honoring U2’s Bono, as well as at the TED conference, Goolgeplex, the White House, the John F. Kennedy Center for the Performing Arts and many more.

According to organizers, however, while major performances in the past have been thrilling, COU’s greatest love is for cultural exchange programs at churches, schools, universities and community centers. At the heart of the 2014 Tour of Light’s mission will be to inspire young Americans to make a difference in the world, most notably, in the lives of Uganda’s future generation.

In Wilton, they will have a performance at Middlebrook Middle School (131 School Rd.) on Saturday, Jan. 25 at 2 p.m.

Cider Mill music teacher Kate Sheahan, who teaches African drumming to fifth graders, will participate in the cultural exchange prior to the performance. In addition, there may be some members of Acoustic Wilton who will take part as well.

Tickets will be available at the auditorium on the day of the performance.

Pam Nobumoto, who is the Wilton coordinator for the COU visit, mentioned that there is a need for volunteers to help out at the performance. Anyone who is interested can contact her via email.