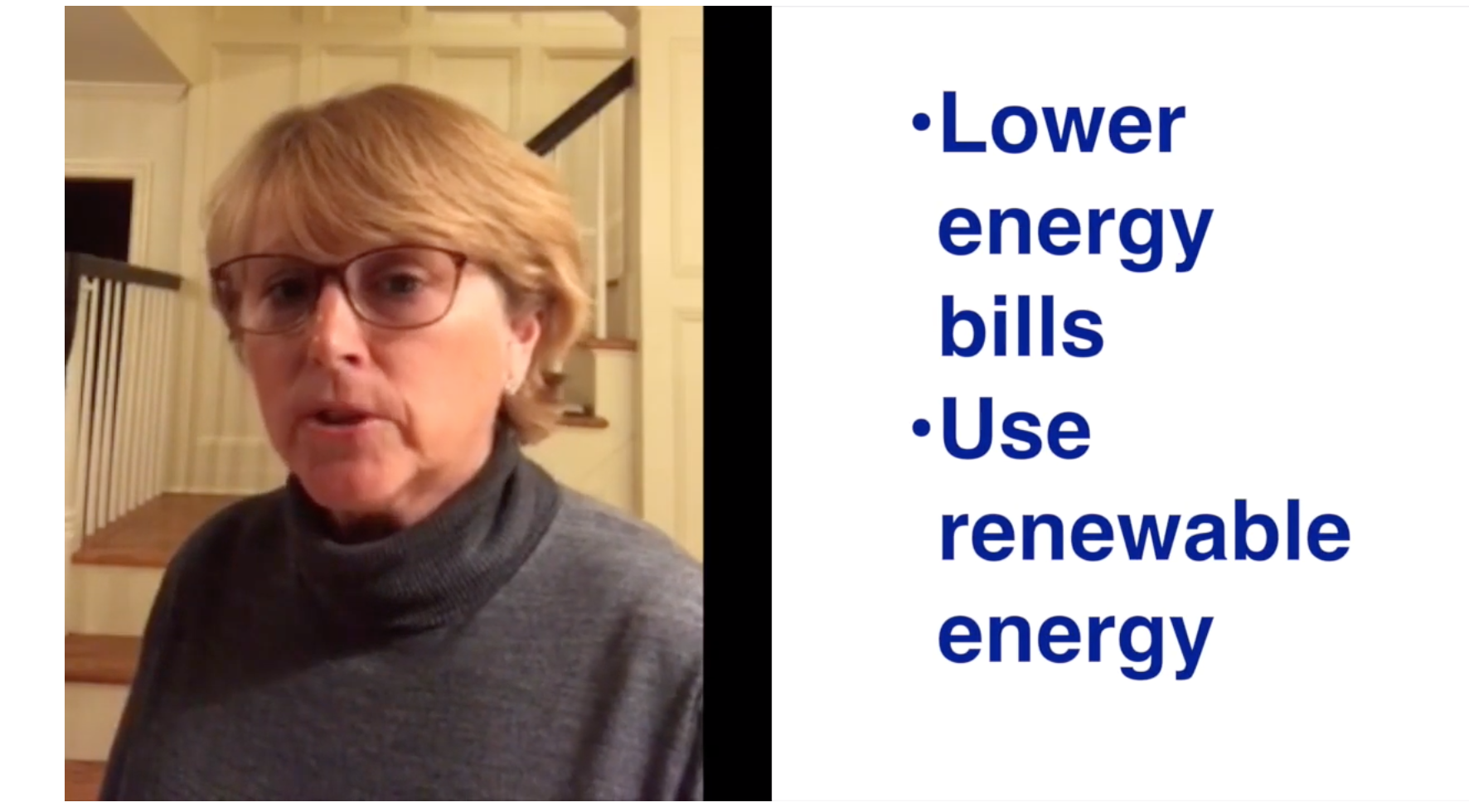 During last Monday night’s Board of Selectmen meeting (Jan. 7), the BOS members decided to move forward with having the Town of Wilton participate in a solar energy plan called virtual net metering–one that could bring sizable savings in energy costs to the town.

The opportunity to participate was brought to Wilton by Weston officials, who approached first selectwoman Lynne Vanderslice about partnering together to engage with Citrine Power, a renewable energy producer. The two towns have the chance to contract with Citrine to take part in virtual net metering with the company and benefit from a solar power field the company is constructing in Middletown.

Virtual net metering (VNM) is a way for the towns to access renewable power without physically connecting to solar panels or equipment. It’s a way to benefit from solar power without investing dollars to build and maintain solar panels on town property.

According to Sinay-Bernie, there are several benefits to Wilton to participate in this program: “You have savings, you have credit from Eversource to offset your utility bills. There is no out of pocket for the town, only savings; none of the property is tied up, there is no construction risk or impact on current power supply agreements. We’re just offsetting your power bills. And flexibility, you can change the designated meters (accounts). Every year we have the ability to change the designated meters.”

This type of VNM credit program was created by the state as an incentive to municipalities to transition to renewable energy. It was offered to towns beginning in 2015, and participation maxed out about a year later. Wilton did not bid on a VNM contract at the time. Now, Weston officials have invited Wilton to split their VNM contract, and Citrine is extending the same rate it offered Weston–one benefit of pursuing a program collaboratively.

According to Sinay-Bernie, deciding to participate now in VNM could mean savings for Wilton that likely wouldn’t be available later on.

“These projects are the last of their kind, there aren’t any more,” she told the BOS, adding that in any future programs offered by the state, “The benefits are not going to be this rich.”

Weston already participates in a VNM programs, with another renewable energy provider. Westport is also one of several towns that have contracted for VNM.

Johnathan Luiz, Weston’s town administrator, also spoke to the BOS members, and told them that the town’s energy costs have lowered since they began their other VNM program. In contracting for more VNM energy, now with Citrine, Weston wanted to make sure it wasn’t overestimating how much electric usage they would need in the future, and decided to ask Wilton to share the contract instead.

Weston has already negotiated the same rate with Citrine that it has with its first renewable energy provider. The contract has already been vetted by legal counsel, including Doug Lamonte, an attorney with Bercham Moses, the town’s legal firm.

As Vanderslice explained, Wilton would sign two agreements–one with Citrine for 25 years, and another with Weston, to spell out the understanding between the two municipalities. “There are five accounts, we are splitting it in half over the five accounts. They’re the dominant because they’re bringing it to us. If their power usage goes down, we want to make sure we’re each covered,” Vanderslice said.

Luiz agreed. “We need to have an understanding in writing about who is getting how many accounts.” In addition, the contracts would specify that neither town’s financial standing with Citrine has any bearing on the other town’s arrangement–and should protect Wilton in the case of Weston opting out of the contract down the road.

Especially because the agreements are for such a long time–20-25 years–there is also language in the contracts that protects the municipalities in the case that Eversource suddenly stopped giving credits at some point in the future. In that situation, or for any other reason that the municipality would decide during a budget process not to appropriate the money to pay Citrine, then the towns would be protected and could end the agreement with Citrine.

She noted that even with such a long-term contract, the risk of not having enough need for such credits was low–for example, if the town closed a building and no longer needed to buy as much electricity.

“The beauty is we could bring in another municipality that doesn’t have the solar. If we close down a school, we have that flexibility. It doesn’t feel to Chris [Burney] and I like that’s a risk,” Vanderslice explained.

She also noted that this kind of co-operation with a neighboring town is good precedent, especially as the towns continue to look for ways to share costs or collaborate on efforts to save money.

“We were really lucky that Weston offered this to us. We have a really good working relationship. The first selectman of Weston, Chris Spaulding, we think we’re a good match, it’s a good town, we’re close to each other. Weren’t we lucky that they had this?” Vanderslice noted.

Burney, the town’s director of energy and facilities management, said there was no downside to participating in the VNM plan.

“I’ve been waiting a long time for someone to come and offer me savings like this and I don’t have to do anything.  I don’t see that there’s a way we’re going to drop power considerably on any of our buildings going forward. The risk is we would subscribe to too much power. I really don’t see any risks. We sign a paper and our bills go down. I’m 100% in favor.”