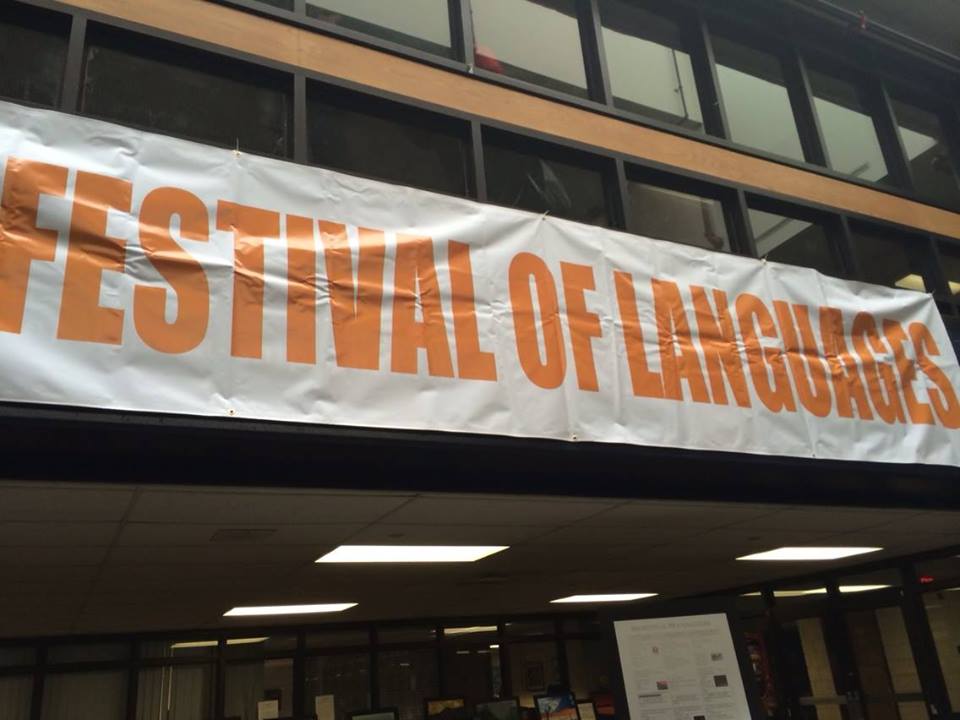 The Department of World Languages at Wilton High School is holding its annual Festival of Languages, a school-wide celebration of world languages, cultures, and diversity April 6-8. The Festival has been a tradition at WHS for more than 20 years.

Organized by the World Language teachers, they say the program is a create way to engage students and is another way they take a look at world cultures.

“Through the Festival of Languages, we are able to expand learning outside the classroom doors and enrich the curriculum by exploring other avenues to celebrate cultural diversity,” explained Scott Webster, head of the World Language Department and a Spanish teacher.

The planning committee started organizing the event in October of last year. It’s comprised of students and faculty:  Webster and Jo-Ann Cordes, a German teacher, have been working with student leaders Stephanie Scamuffo and Jessica Kobsa.

This year’s Festival will feature nearly 40 events ranging from German folk dancing to Japanese Origami to a presentation by the Model Congress club as well as a talent show brimming with song, music, and language. An International Bake Sale run by the French and Spanish Honor Societies and the International Club will be held during lunch to benefit Doctors Without Borders. Other workshops include Zumba classes, a presentation on Russia, and a program presented by German classes on traditional fairy tales in the Little Theater.

The majority of events are student-run and several outside professionals will be invited as well such as a hypnotist and a New York City dance troupe showcasing a Bollywood style dance.

The committee has also worked closely with other departments including Social Studies, Math and Physical Education to design events that connect across disciplines. One program–Amnesty International‘s presentation on human trafficking–highlights the importance of reaching beyond the WHS community.

The Festival shares the week before April vacation with the Art Department’s Festival of Arts during the latter half of the week.

Organizers say that, as in the past, the hallways of WHS will be infused with a sense of excitement and festivity that emphasizes open-mindedness and a global outlook. The excitement of this Festival reaches nearly every student in the school, with at least one event offered every period of each day. With interludes of cultural music over the loudspeaker in between classes and a school-wide international trivia contest between the Advisory groups, the Festival committee hopes to ensure that the international celebratory spirit reaches all students.