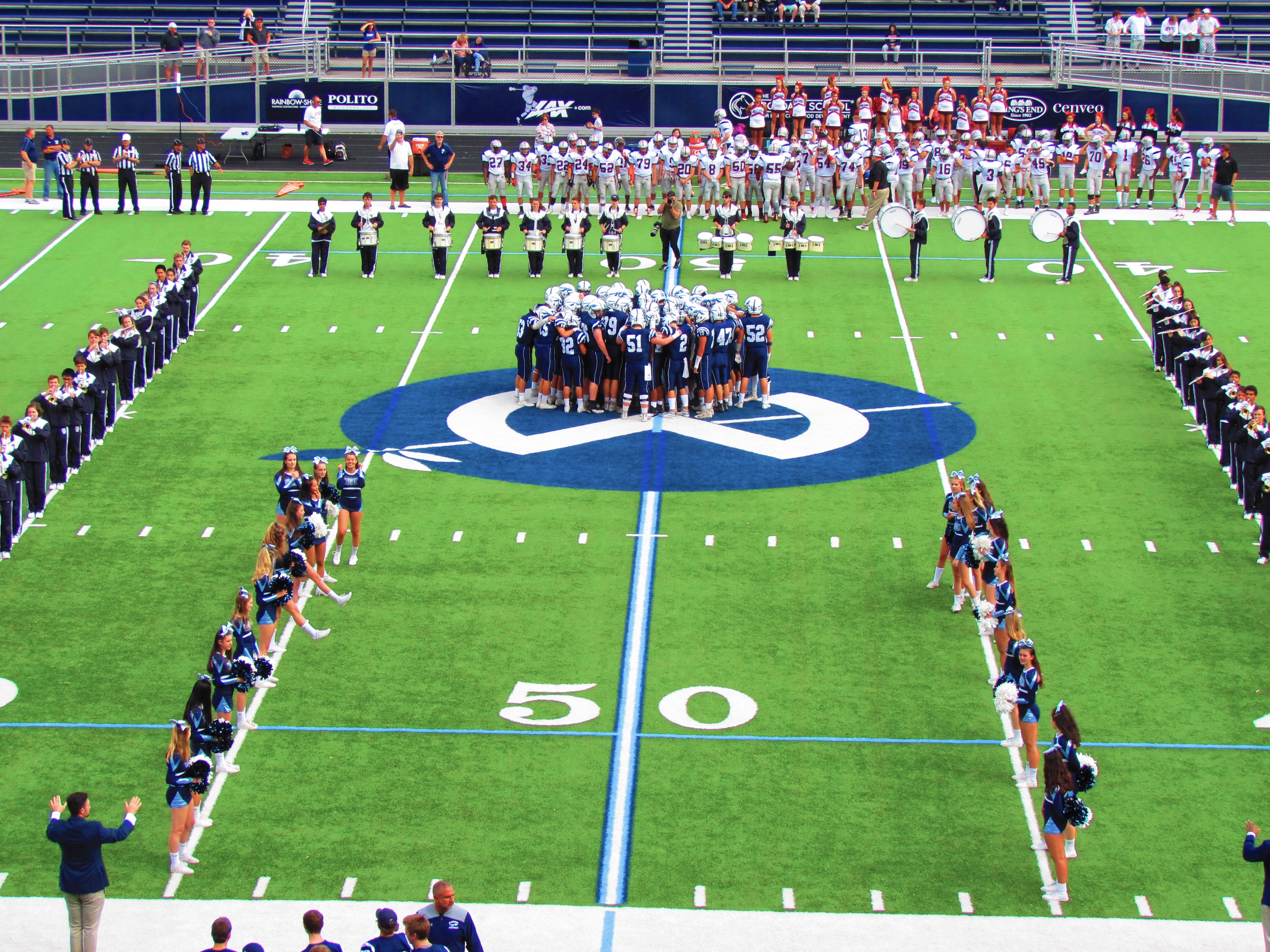 The parent-led group that supports the Wilton High School football team is trying to rescue a fall season that is now once again in jeopardy.

The directors of the Wilton Warrior Gridiron Club, the booster group for the WHS football program, sent a letter to town and school officials as well as the head of the statewide high school sports conference, making what the club’s president Ryan Masterson called a fact-based argument about player safety during the COVID-19 public health crisis.

The fate of the team’s fall season, like other high schools across the state, is up in the air with players, coaches, school administrators, and parents being ping-ponged between officials at the state level who have sent mixed messages.

July 31:  The Connecticut Interscholastic Athletic Conference (CIAC) released safe-play guidelines for fall sports on how to start prepping for the season, outlining how conditioning and practices should be conducted. However, the CIAC emphasized repeatedly that the guidelines are “fluid” and subject to change as case data, health information, and recommendations are revised.

Aug. 10:  One week before conditioning was set to start, the CIAC Football Committee made a near-unanimous recommendation to postpone Connecticut’s high school football season until the spring for fear that the high-contact sport made the risk of COVID-19 transmission too high.

The Football Committee–made up of athletic directors, superintendents, principals, and coaches–is among several sports-specific committees the CIAC created to make more informed recommendations for each sport under the new guidelines. While not a decision-making entity, the committee’s recommendation went to the CIAC Board of Control.

Aug. 12:  Just two days later, that Board of Control went against the committee’s recommendation, voting 17-0 to keep the fall season as planned for all fall sports–saving Football from a postponed season.

Aug. 13:  The next day, however, the Connecticut Department of Health released its recommendation that schools should postpone not only football but also volleyball until the spring.

Aug. 14:  That decision from health officials prompted CIAC to reconsider its decision, announcing it would pause fall sports for one week in order to meet with the DPH. That put official group conditioning activities, originally scheduled to begin Monday, Aug. 17, on hold.

In the meantime, local officials will also need to determine what school and town policy will be. The Board of Education will reportedly discuss fall sports at its next meeting this Thursday, Aug. 20.

“We wanted to layout a fact-based, and not emotion-based argument why it makes sense to move forward with fall sports now, rather than hoping to accomplish it in the spring,” Masterson said in an email to GOOD Morning Wilton.

The discussion has frustrated not only the parent boosters but players too. A Sunday tweet by WHS junior Christian Theoharides, a Warrior linebacker, lamented the current pause placed on any organized athletic team by CIAC, garnering an outsized number of likes, retweets, and comments.

Can someone please tell me why CT can host an indoor full contact lacrosse tournament with 100s of people, but I’m not allowed to workout with my football team outside and socially distanced.

The Gridiron Club’s letter, shared below, argues that “…insight learned over the past few weeks and months, highlighted in the facts below, suggests that cancelling football and fall sports in their entirety, is not in the best interests of the student athletes.”

We are writing on behalf of the Wilton Warrior Gridiron Club Board of Directors. Our 501c3 organization acts as Wilton High School’s football booster program. We fully support the CIAC’s decision of August 12, 2020 to continue with a delayed, shortened, local only fall football schedule. This was a prudent decision that allows schools to work through an unprecedented opening schedule, while permitting student athletes to compete in a limited, local county program.

The support of our Board is based not on politics or fear, but on information learned since Covid-19 first hit our state and country. While we fully supported cancelling spring sports since so much was unknown at the time, insight learned over the past few weeks and months, highlighted in the facts below, suggests that cancelling football and fall sports in their entirety, is not in the best interests of the student athletes.

 Connecticut is currently one of the leading states in the nation at keeping Covid-19 numbers in-check. Our state and local leadership have done a wonderful job with the tri-state quarantine directives, while the populace has a done great job with mask wearing and social distancing. With our state’s current success, we should take advantage of the current low numbers and not “hope” for something better in the spring.

 High school athletes face a significantly lower risk of death from Covid-19 than the overall population. According to the most up-to-date data on the CDC website https://data.cdc.gov/NCHS/Provisional-COVID-19-Deaths-Among-Ages-0-18-Years/nr4s-juj3 as of August 12th, 2020, there have been 56 Covid-19 related deaths reported for kids aged 5-18, out of a total of 148,972 deaths. This is .0003% of total deaths and pales in comparison to other risks this age-group faces from drug abuse, teen driving and depression/suicide.

 Our children have already faced the mental stress of one lost season, so being able to go to school (with a hybrid model), and do the extracurricular activities they love, would maximize their well-being both physically and mentally. In fact, new research from the University of Wisconsin—Madison shows most student-athletes’ mental health was affected by the spring closures. Researchers from the University of Wisconsin’s School of Medicine and Public Health found that 68% of student-athletes reported symptoms of depression in May. Moderate to severe depression was 3.5 times higher than in previous studies according to researchers. “Mental health experts say exercise and organized sports is a huge anti-depressant activity, that’s an intervention we try to get kids into to reduce their anxiety — to reduce their depression — so it’s all related,” said Timothy A. McGuine, PhD, University of Wisconsin researcher. “We think the mental health low scores are directly related to the low physical activity”, said McGuine

 Over 10% of our rising freshman through junior football athletes recently competed in club lacrosse and AAU basketball, across multiple non-quarantine states, with full fan attendance, and have had zero Covid-19 infections due to this participation. These are higher risk, contact sports where mask wearing, and social distancing were not plausible on the playing field/court.

 While a non-overlapping March/April spring football season is certainly better than no season, the athletes face an increased risk of injury due to moving from season to season without a rest period.

 Some of our senior athletes have worked years in hope of competing at the college level, a loss of a fall season hurts them with acceptance help and possible scholarship monies as they will lose their last, and best chance to affect the recruiting process.

 If the health department allows families to eat in enclosed restaurants, and go to school in enclosed, albeit socially distanced spaces, it reasons that athletes can compete in an outdoor venue against local teams, with a .0003% percent risk of death from Covid-19.

In closing, we hope the various leadership groups and committees weighing in on this important decision will take the provided data into consideration. The CT Health Department should use their knowledge and expertise not to shut down fall sports, but to give learned direction on what schools and teams should do if and when a Covid-19 infection occurs so that we have a cohesive, well informed plan, across all Connecticut high school athletic programs.

The Wilton Warrior Gridiron Club Board of Directions