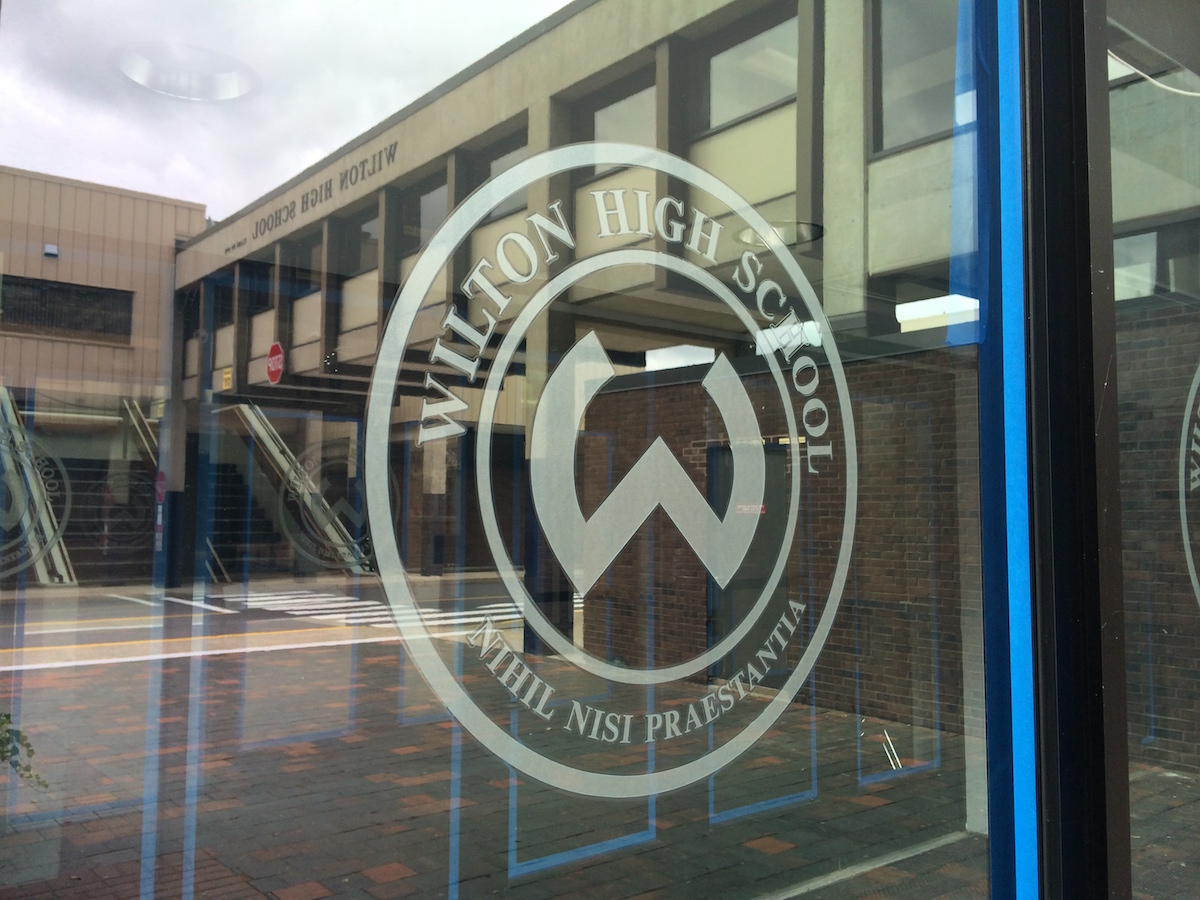 Wilton High School principal, Dr. Robert O’Donnell gave us some insight about what happened when the Snapchat image of a gun, somehow linked to WHS, was discovered.

The image was brought to the administration’s attention on Thursday morning (Oct. 5) by a student. This was just one day after the school had performed a lockdown drill that included an evacuation of the entire student body and faculty to the Field House. The drill was conducted in collaboration with the Wilton Police Department. The gun image also appeared following several days of media coverage of the horrific mass shooting in Las Vegas.

GMW:  What was the indication that this image was specific to WHS? Was it sent to a specific student or posted in a certain way?

RO:  A student had screen shot a post, a photo that it was on a Snapchat story. We were able to look at the story with the student, and the story had images of Wilton High School students, none of them were of a violent nature. This student reported that this particular photo had been on this Snapchat story. Now, Snapchats are supposed to disappear. We were not able to find it on this story, but the student had a screen shot of it. We could see it was an image of a gun, and in carefully analyzing the picture, it looked as if it was more of an image rather than an image someone had taken of a gun right in front of them. So we started searching quickly, and quickly were able to find this exact image. That was reassuring that it wasn’t an actual picture of a gun a student had, based on our analysis.

That’s how we knew it was related to WHS. I can’t tell you if it was sent to this particular student, but it was reported that it appeared on this story.

GMW:  Did you notify the students and faculty during the day about what was happening?

RO:  We did not notify the students and the faculty, because we had enough intel at that point to say we really didn’t think there was a threat to the school community. If we had notified them it would have been chaos, frankly. Based on the information we had, it turns out we made the right decision.

GMW:  I’m sure that falling right on the heels of what happened in Las Vegas, that adds to the difficulty of dealing with a situation like this.

GMW:  In your letter to parents, you mentioned ‘securing the perimeter.’ Was there any kind of lock in or were physical education classes kept inside? Anything along those lines?

RO:  The perimeter is always locked, but we wanted people to go around to make sure exterior doors were locked and weren’t propped open. The PE classes, when this occurred, could have been outside, but we didn’t feel we needed to bring them in at that time. If we had determined there had been a threat, based on the information, we would have implemented our safety and security plan, which could have included a number of approaches, depending on where the threat may be.

There was no indication that there was a threat outside. We locked the perimeter. Based on this information we thought the school day could go on, we just had to heighten our awareness. Be bold and vigilant and that’s what we did.

GMW:  The email you sent to parents, also was sent to students. Once that email went out, does your phone ring off the charts? What happens.

RO:  The phone has not been ringing off the hook. I do have some emails that I’ll respond to. I’m hoping that when I send something home, I try to send home accurate information, and I try to put it out in a way to answer more questions than it invokes. Maybe that’s worked, maybe some have not checked their email yet. The main thing is that the kids were safe and they got home safe. That’s what we aim for.

GMW:  Were there additional officers called onto campus?

RO:  Yes, there were additional officers, especially at the end of the day. We contacted the police department right away. Officer Rich Ross was here, and he was in touch with the other officers in town.  What we wanted them to do was to be on heightened alert, being ready to respond. We did not feel we needed a bunch of cop cars in front of the school, we thought that would just increase student anxiety.

GMW:  Were the other schools alerted?

RO:  When we were alerted I happened to be in a meeting with the superintendent [Dr. Kevin Smith] at the time and I immediately alerted him. Kevin is very in tune and hands on, so we were able to keep him in the loop and we were able to report on the progress we made quickly. These things go from zero to 100 very quickly and you’re processing many different things all at the same time. Fortunately we have good people around–the police, the technology people and administrators–we were able to lower the alert level from the initial information.

GMW:  Is there a message you want to give to the community, or to someone who does this kind of thing?

RO:  To the culprit? I want to catch this person. I want to find out who it is. It’s obviously not a joking matter. It’s very serious. At this point, it drew a number of administrators, police officers, support personnel offline. When we should be working on, in our case, curriculum instruction, assessment, instructional leadership; police officers keeping the community safe. To say the very least, it’s a distraction that nobody needs. It’s such a serious matter, I’d like to catch the person. That’s why I put on the bottom of the letter, if anyone has any more information, to let us know. That’s the message–it’s a foolish, ridiculous act, and it impacts a lot of people. There’s a selfish level to it. I don’t want to characterize it yet, because I don’t know what the person’s mindset was, but I want to get to the bottom of this. I’d like to find out who did it.