Home News Breaking News WHS Senior Sworn in as CT Society President of Children of the... 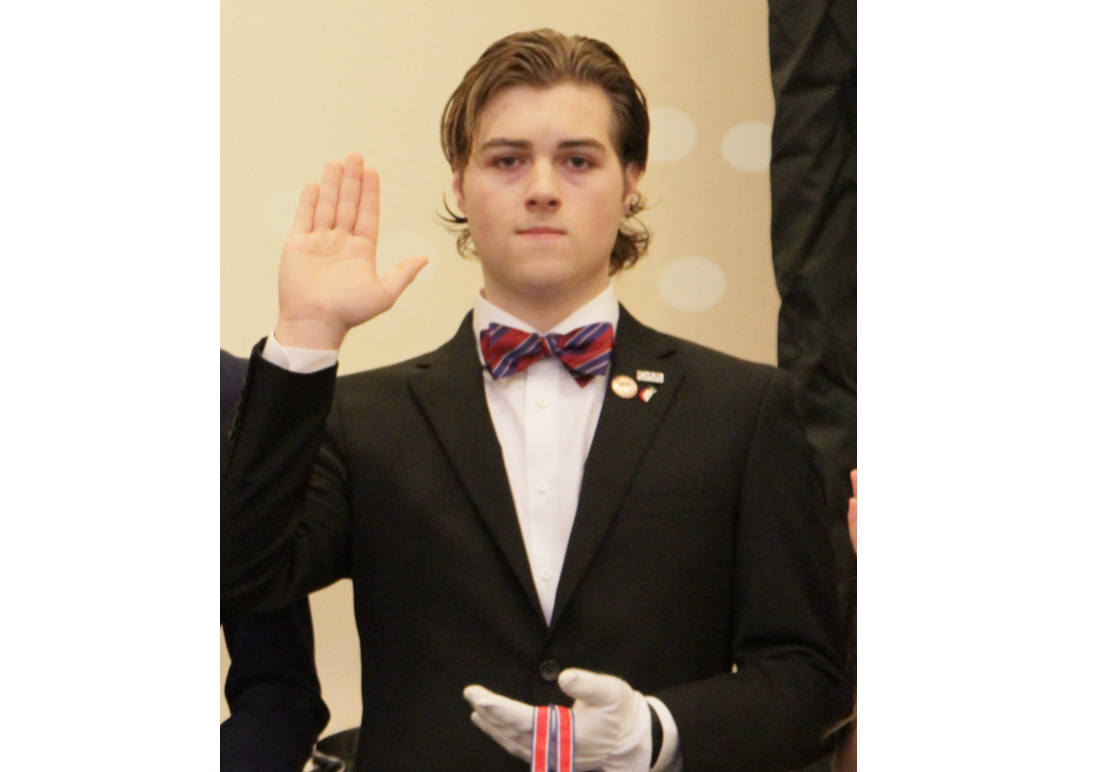 Dylan Pojano, a Wilton High School senior, was inducted on April 14 as Connecticut society president of the Children of the American Revolution (CAR), at the CAR National Convention in Arlington, VA.

The mission of CAR is to encourage children to participate in volunteer and service projects, learn about American history and patriotic values, and engage in fundraising for veterans and children’s charities. Pojano has been a member of the Children of the American Revolution for 10 years. Prior to being elected president, he served in many local and state positions.

Pojano’s state project is called “Heartsome Harmony.” Partnering with Horns for Kids, the Connecticut Society CAR is raising funds and soliciting donations of gently-used musical instruments to provide to children who would otherwise be unable to afford to play. Pojano plays the tuba with the WHS band and serves as the section leader. It was his goal to bring his love of playing to other children in Connecticut.

Since his induction, Pojano has already been a speaker at the Patriot’s Day Celebration in New Milford and at a CAR event in Brooklyn, CT.

More information about the Connecticut Society Children of the American Revolution or Heartsome Harmony can be found at online.